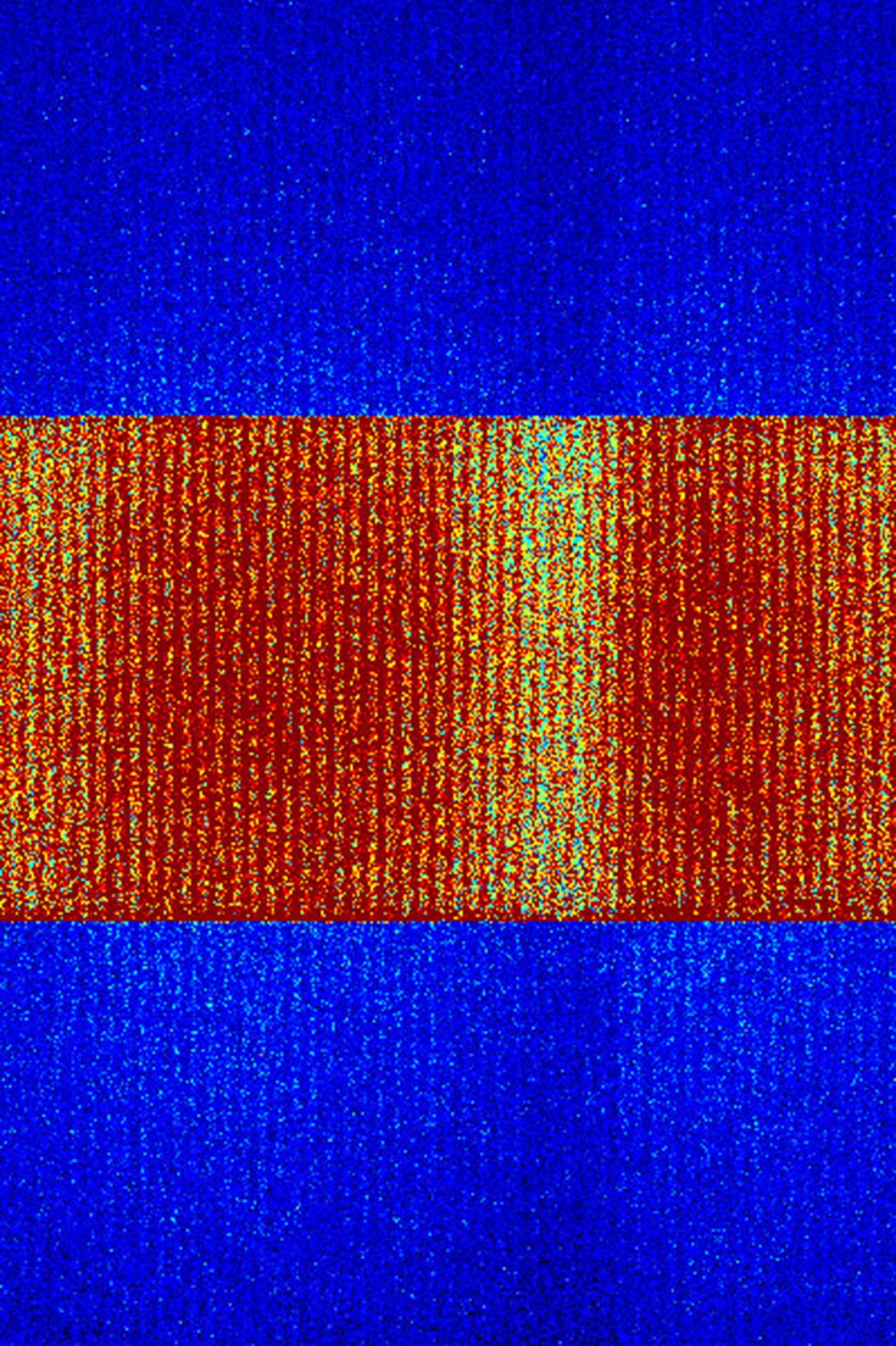 IMAGE:  The simulation of the reactor core confirms that the dead zones allow the reactor to operate safely. This image shows where atoms split, or fission. The fuel rods run vertically, with the red, high-fission fuel regions and blue, low-fission dead zones. Credit: Seker et al, University of Michigan

An advanced nuclear reactor under development by Hitachi could help solve the nuclear waste problem, and University of Michigan researchers were involved in verifying its safe performance through computer simulations.

The U-M team worked with colleagues at the Massachusetts Institute of Technology and the University of California, Berkeley. After more safety analysis, Hitachi plans to move forward with a prototype of the “resource-renewable boiling water reactor” in the next few years.

One of the major technological hurdles for nuclear energy is developing systems to dispose of the waste produced by typical reactors. It must be sealed away for hundreds of millennia while the radioactivity naturally decreases.

Hitachi’s new design would burn off the longest-lived radioactive materials, called transuranics, shortening that isolation period to a few centuries. This would recycle the nuclear waste to produce yet more energy and reduce the amount that must be stowed away.

“Because of transuranics, we’re talking about lifetimes for storing fuel that we can’t even fathom,” said Thomas Downar, U-M professor of nuclear engineering and radiological sciences. “You get this down to a hundred years, then you’re talking about the ability to engineer a container that you have confidence will last that long.”

In the conventional boiling water reactors that currently produce about 30 percent of all the nuclear-generated electricity in the U.S., the neutrons that split uranium atoms have been slowed by the boiling water. In contrast, the Hitachi design uses fast neutrons since they are more likely to split, or fission, transuranic atoms.

Prototype fast reactors have been running since the 1970s, but they use a sodium coolant. Sodium burns when it comes into contact with air and reacts violently with water. This is one of the reasons why U.S. utilities that operate reactors have been hesitant to consider sodium-cooled designs.

A water-cooled fast reactor, though, could offer safer and more familiar operation. The challenge was designing a water-cooled core that would stop itself if it started overheating and the water turned to steam. In conventional reactors, the water’s slowing action acts as a failsafe because steam is less effective at decelerating neutrons. Since fewer neutrons are at the right speed to cause fissions, the reaction rate slows down too.

“If something goes wrong and the power increases, you want to have the fission rate decrease,” Downar said.

To create this safety feature in their reactor, Hitachi engineers plan large dead zones in the fuel rods, made of materials with a much lower probability of fissioning with fast neutrons.

Hitachi calculated that as the presence of steam reduced the density of the water, fast neutrons were likely to travel further. By keeping the active regions of the fuel assembly small, more neutrons would be lost to these “blanket” regions in an overheating scenario, slowing the fission rate.

Before beginning the expensive process of prototyping, Hitachi wanted to confirm with outside experts that the design would perform as expected.

With funding from the Department of Energy, members of Downar’s group spent the last three years developing codes that could simulate the more complex layout and physics of Hitachi’s reactor core design. For example, uranium fission reactions are reasonably steady and easy to predict, but transuranic reactions are irregular and difficult to calculate accurately.

The U-M team developed a method to generate data that simulates the way transuranics burn. They then applied this data to established codes currently used for boiling water reactor analysis. By looking at what happened when the steam bubbles appeared, the team found that the fast neutrons tended to leave the reactive part of the fuel assembly, slowing the reaction rate as planned.

Now, the university teams are about to begin a careful comparison of their methods with the predictions from the Hitachi computer codes to discover any differences in the simulation of the advanced reactor’s performance. Hitachi will fund the teams at U-M, MIT and Berkeley for the next phases of the project.

Nuclear energy and nuclear nonproliferation would both benefit from a faster, easier way to measure what proportion of uranium atoms can split.| Medium Read
Researchers