by Kate McAlpine
Michigan Engineering
May 1, 2015
NSB presented Duderstadt with the Vannevar Bush Award on May 5, during the NSF/NSB Annual Awards Ceremony held in Washington, DC.| Medium Read
Enlarge 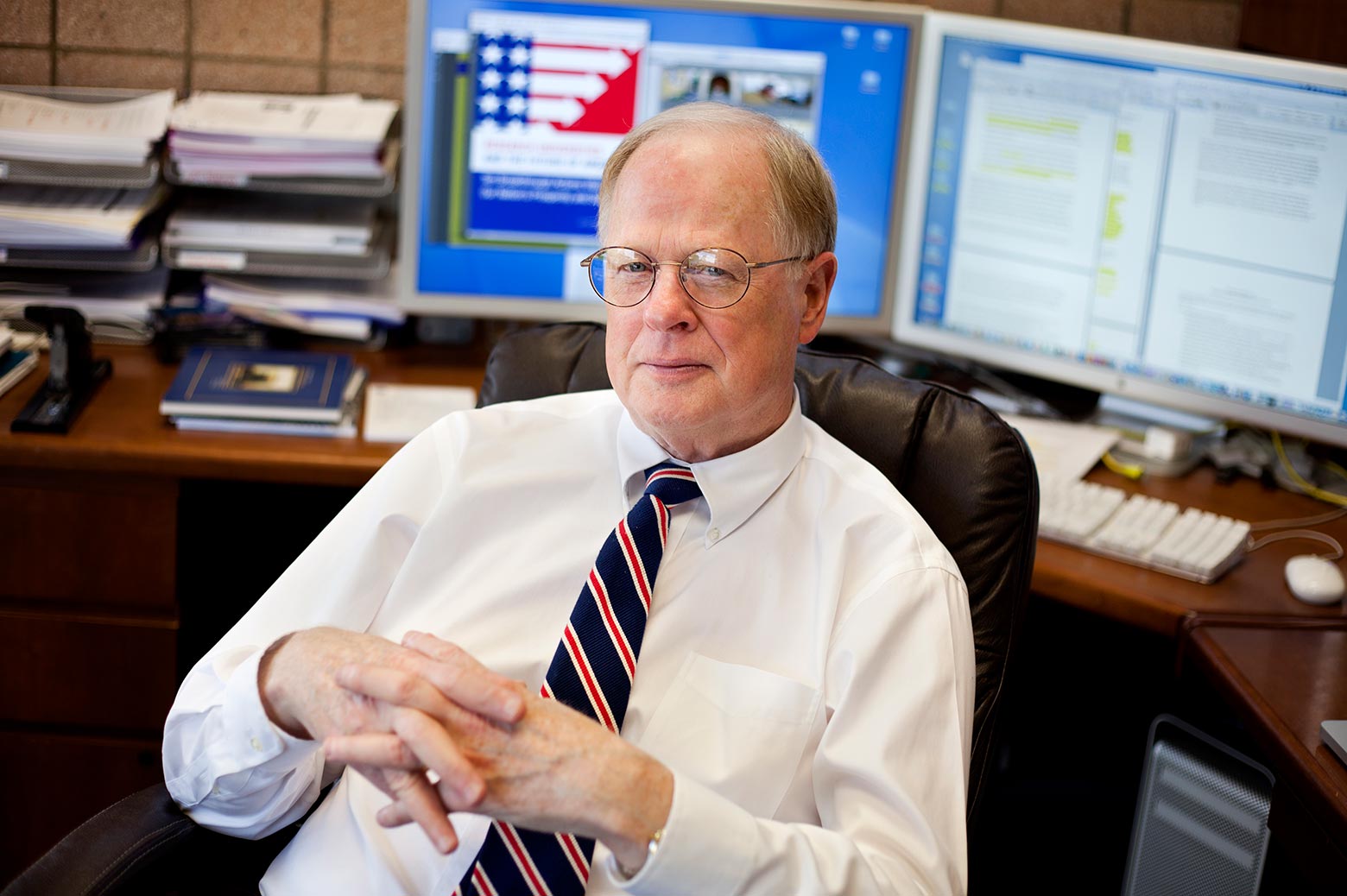 IMAGE:  James Duderstadt is a President Emeritus and University Professor of Science and Engineering

The board’s announcement today says Duderstadt is being recognized for his leadership in science and technology and his substantial contributions to the welfare of the nation through public service activities in science, technology and public policy.

“James Duderstadt has dedicated his career to innovations in STEM research and education and to strengthening the nation’s science and technology policy,” said Dr. Vint Cerf, Chair of the NSB’s Committee on Honorary Awards. “Whether as president of a major public research university or serving on National Research Council committees, his dedicated, thoughtful, and collegial approach to tackling multi-faceted problems exemplifies leadership and has resulted in numerous significant contributions to the public welfare.”

At the national level, Duderstadt has chaired numerous studies concerning American science, technology, and education policy for the National Academies and various federal agencies in areas including engineering research, nuclear energy, information technology, higher education, and national science policy. During his decade of service as both member and chair of the National Science Board, he played an influential role in setting strategic directions for the National Science Foundation. He currently chairs the Policy and Global Affairs Division of the National Academies, where he coordinates a broad range of science and technology policy studies at both the national and international level.

Duderstadt has also contributed significantly to the national interest as a leader of American higher education over the past four decades. As engineering dean during a time of tight state budgets, he created a new, modern engineering campus by combining public and private funding sources. He stimulated the introduction of digital and online technologies in research and education, including the creation of NSFnet, the precursor to the Internet. As provost and president of the University of Michigan, Duderstadt fostered UM’s leadership in research and spearheaded university-industry-government collaborations. One of his most important legacies was the development of effective strategies for diversifying the students, faculty, and leadership of American higher education.

Duderstadt obtained his undergraduate degree in electrical engineering from Yale University and MS and PhD degrees in engineering science and physics from the California Institute of Technology. Duderstadt began his career as a faculty member in nuclear engineering at U-M, rising to dean of the college of engineering, to provost, and ultimately, president.

He has authored dozens of books and hundreds of articles on subjects that span engineering, science and higher education. Among his many accolades are awards from the National Academy of Engineering, the National Action Commission for Minorities in Engineering, and the American Council on Education. He received the National Medal of Technology from President George H. W. Bush. He was recognized as National Engineer of the Year by the National Society of Professional Engineers, received the E.O. Lawrence Award from the United States Department of Energy, and the Arthur Holly Compton Prize, and the Mark Mills Award from the American Nuclear Society.

“It is a great honor to receive this award named for Vannevar Bush, who defined the role of the American university in serving the needs of this nation through science and technology, a mission that has guided my own career as both a scientist and a university leader,” Duderstadt said.

NSB will present Duderstadt with the Vannevar Bush Award on May 5, during the NSF/NSB Annual Awards Ceremony held in Washington, DC. NSB will also recognize two groups with its Public Service Award and NSF will honor this year’s Waterman Award recipient, an outstanding scientist aged 35 or younger.

All four 2015 awardees will give presentations during the NSB’s May 5 – 6 meeting. The presentations will be open to the public at NSF in Arlington, Virginia and also viewable via a live webcast. The two group awardees will each present on May 5 with the Vannevar Bush and Waterman awardees presenting on May 6.  Presentation times, the webcast link, and other details will be posted on NSB’s website by the week of April 27.

The Board initiated its Vannevar Bush Award in 1980 in memory of Vannevar Bush, who helped establish federal funding for science and engineering as a national priority and played a pivotal role in the creation of the National Science Foundation. Past award recipients include Richard Tapia (Rice University), Leon Lederman (Fermilab), Shirley Ann Jackson (Rensselaer Polytechnic Institute), and David Packard (Hewlett-Packard Company).

About the National Science Board

The National Science Board (NSB) is the policymaking body for the National Science Foundation.  NSB also advises the President and Congress on science and engineering policy issues. The Board’s 24 members are drawn primarily from universities and industry and represent a variety of science and engineering disciplines. Selected for their eminence in research, education or public service and records of distinguished service, Board members serve six-year terms.  NSF’s Director is an ex officio 25th member of the Board. Visit NSB’s website for more information. 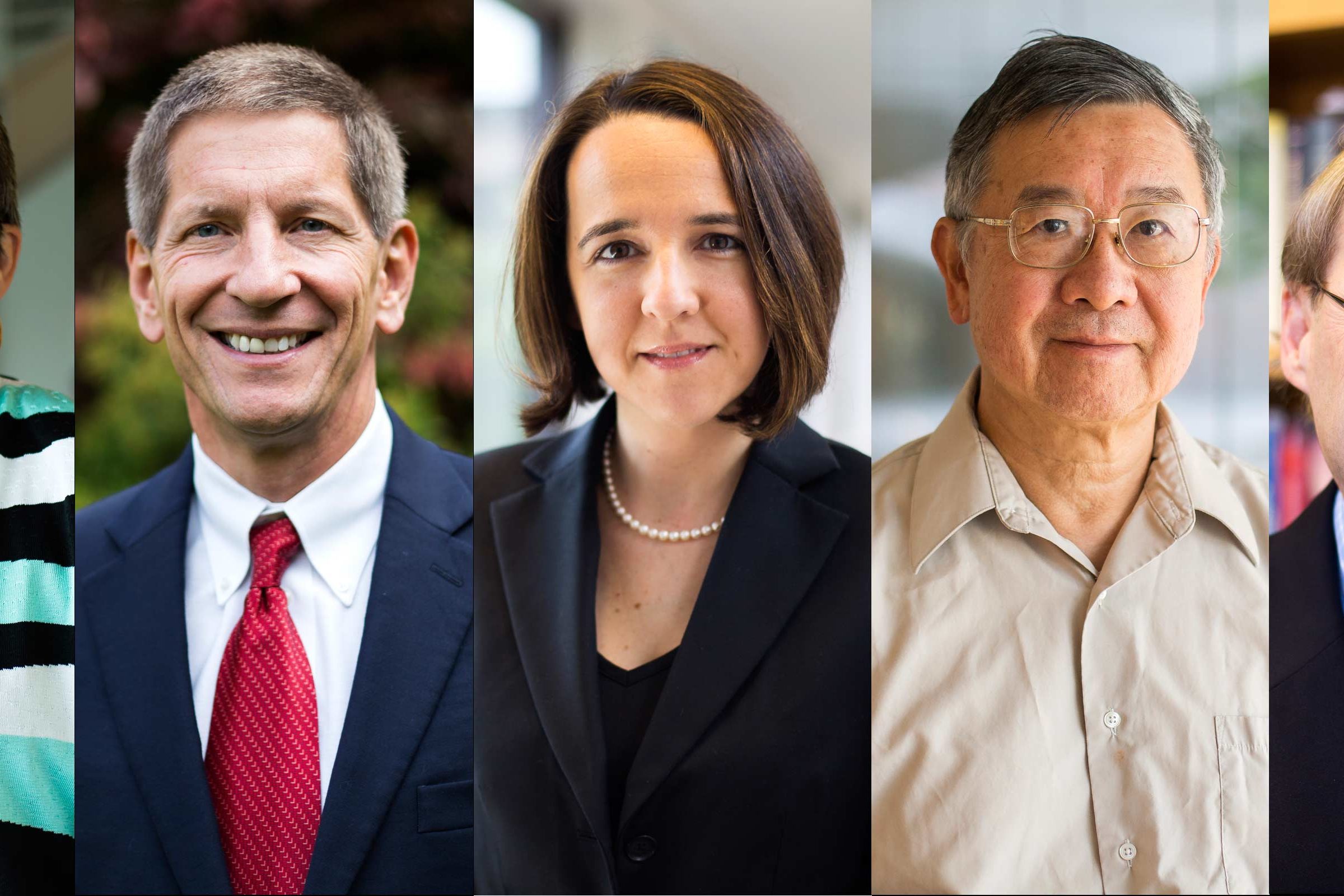 Several NERS faculty have been recognized for their research and teaching contributions with promotions and prestigious awards. Congratulations to professors Manera, Kearfott, Was, Pozzi, Lau and Gilgenbach and Presidential Postdoctoral Fellow, Patricia Schuster!| Medium Read