2015 promotions of our faculty – congratulations! 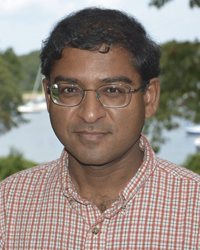 Prof. Dutta joined the department in 2010 as an assistant professor. His research at Michigan has pioneered practical, low-power platforms and wireless protocols for pervasive sensing, computing, and communications with an approach that spans circuits to software. This has included HiJack, an open-source platform for interfacing a variety of sensors to smartphones; collaboration on Michigan Micro Motes, which are cubic-mm scale, ~10nW sensor nodes; and a new project called MBus, which is an open-source interconnect architecture for Smart Dust that will be designed to allow nano-power, millimeter-scale chips to interoperate, helping to accelerate progress toward realizing the Internet of Things. Prof. Dutta was selected for an NSF CAREER award in 2014 and named to Popular Science’s “Brilliant 10” list the same year. In 2015, he was awarded a Sloan Research Fellowship and named a Morris Wellman Faculty Development Professor. He is a recipient of the Intel Early Career Faculty Honor Program Award. 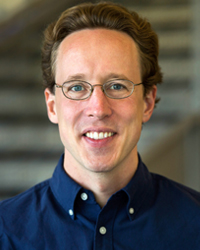 Prof. Halderman joined the department in 2009 as an assistant professor. His research spans software security, network security, data privacy, anonymity, electronic voting, censorship resistance, digital rights management, computer forensics, ethics, and cybercrime, as well as the interaction of technology with law, governmental regulation, and international affairs. He is well-known for his work in the area of electronic voting, where his demonstrations of security vulnerabilities in electronic voting machines and on-line voting systems have influenced election practice in the US and abroad. In 2015, he was awarded a Sloan Research Fellowship and named a Morris Wellman Faculty Development Professor. The same year, he was selected for the 1938E Award by the College of Engineering in recognition of his excellence in teaching and his scholarly integrity. He is the director of the Center for Computer Security and Society. 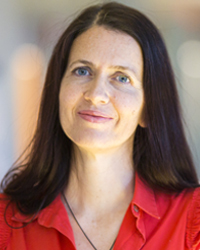 Prof. Mihalcea joined the faculty in 2013 as an associate professor after serving on the faculty at the Department of Computer Science at the University of North Texas. Her research is in computational linguistics, with a focus on lexical semantics, graph-based algorithms for natural language processing, and multilingual natural language processing. She is currently involved in a number of research projects, including word sense disambiguation, monolingual and cross-lingual semantic similarity, subjectivity, sentiment, and emotion analysis, multimodal affect analysis, and computational humor. Prof. Mihalcea was selected for an NSF CAREER award in 2008 and a PECASE award in 2009. In 2013, she was made a honorary citizen of her hometown of Cluj-Napoca, Romania. 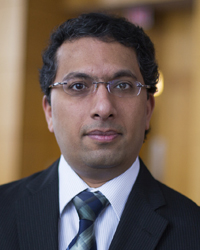 Prof. Pradhan joined the department in 2002 as an assistant professor. He conducts research in the broad areas of communications and information theory, and more specifically in sensor networks, reliability in multi-user communication systems such as wireless networks, coding theory, and quantization. In 2001, as part of his dissertation, he developed the first practical approach to distributed source coding for multi-terminal communications in a scheme called DISCUS that is still among the most popular in use today. In the last 8 years, he has developed a unified framework for network information theory based on a synergy of algebraic and probabilistic techniques. He has continued to break important new grounds in the area of network communications, both from a practical and theoretical approach. Sandeep received an NSF CAREER Award in 2004 and the EECS Outstanding Achievement Award in 2009. 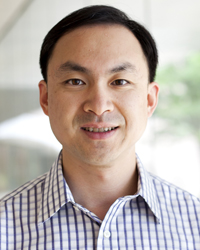 Prof. Zhang joined the department in 2009 as an assistant professor. His research covers three areas: VLSI communication and signal processing systems; error-resilient computing and error control; and neuromorphic signal processing systems. Zhengya and his group have developed the most energy- and area-efficient decoders for low-density parity check codes, which are widely used in high-speed communication and data storage products. In addition, he and his group have developed radiation-hardening techniques for flight and space-borne electronics as well as biologically-inspired neural networks chips for vision processing applications. He received an NSF CAREER Award in 2011 and Intel Early Career Faculty Honor Program Award in 2013.