by Nicole Casal Moore
Michigan Engineering
April 2, 2015
In transportation, healthcare, education and beyond, robots are changing lives, say the organizers of the fifth annual Michigan Robotics Day. And they are doing it from Michigan. | Medium Read
Enlarge 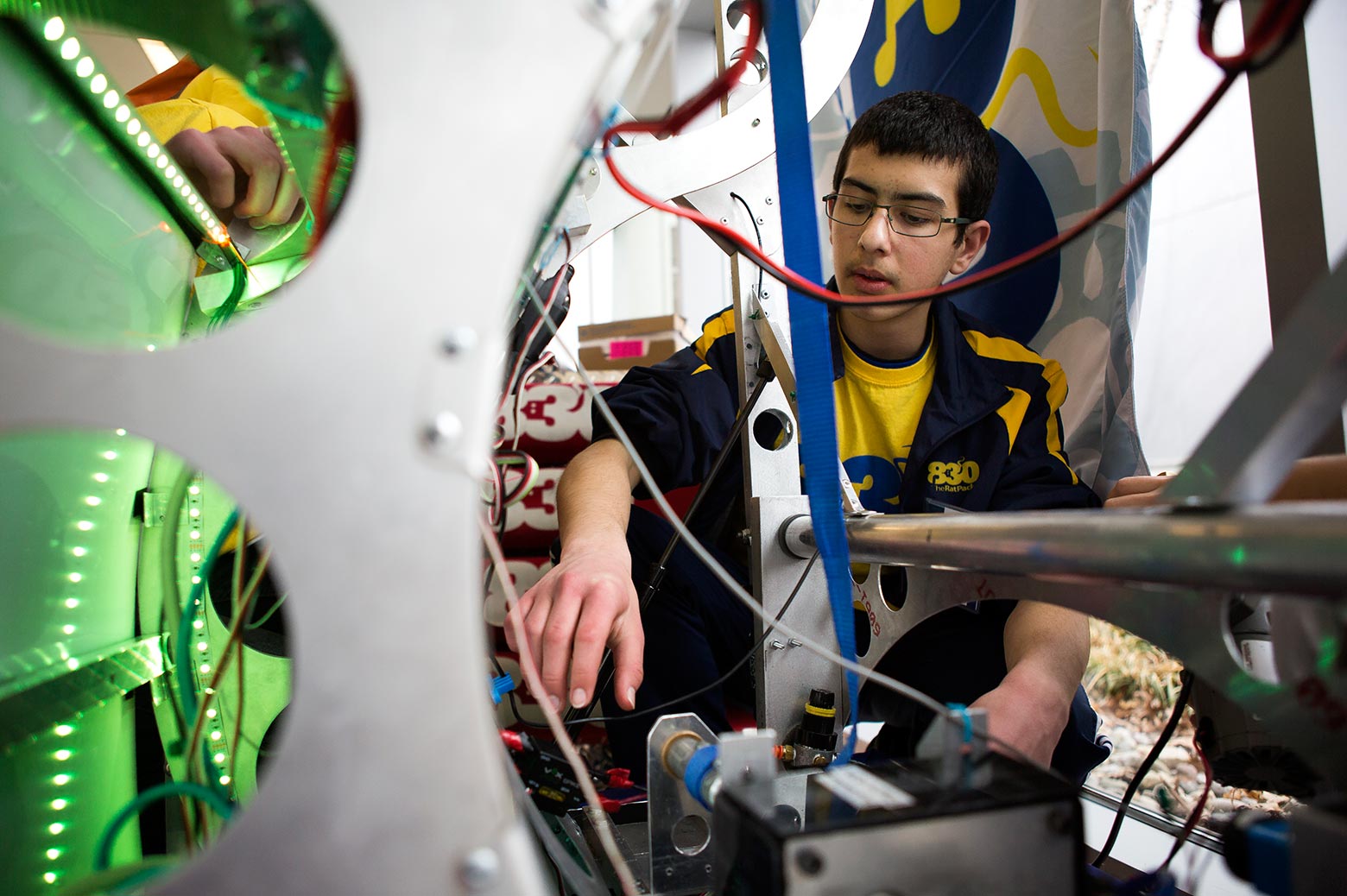 In transportation, healthcare, education and beyond, robots are changing lives, say the organizers of the fifth annual Michigan Robotics Day. And they’re doing it from Michigan.

The southeastern part of the state is one of the nation’s most robust robotics research hubs. It’s home to the U-M College of Engineering, the National Center for Manufacturing Sciences, the Detroit automotive base, and the Army’s Tank Automotive Research, Development and Engineering Center, among other contributors.

At Robotics Day, participants from universities, industry and government will showcase leading-edge work. And they’ll discuss the ramifications as automated machines become ever more integrated into our world.

“We’re moving away from robots that live on the factory floor in a cage that humans don’t go into,” said Dawn Tilbury, associate dean for research at the U-M College of Engineering and a professor of mechanical engineering. “We’re going to be interacting with robots more, and increasingly, we’re going to see them helping people or doing things in the company of people.”

Tilbury envisions robots performing search and rescue missions in dangerous places. They could explore the deep ocean. They could deliver meals in hospitals. They could drive us around all by themselves, or with our help, as self-driving or automated cars.

“I think we’re at a pivot point,” Tilbury said. “Traditionally, robots have been tele-operated, and while that means the robot can be far away from the operator, a person still programs it to do the same thing over and over again. But now with better sensors and faster computers, we can program robots at a higher level. So they can know more about their environments and make decisions that were not preprogrammed or weren’t given to them by a human.” 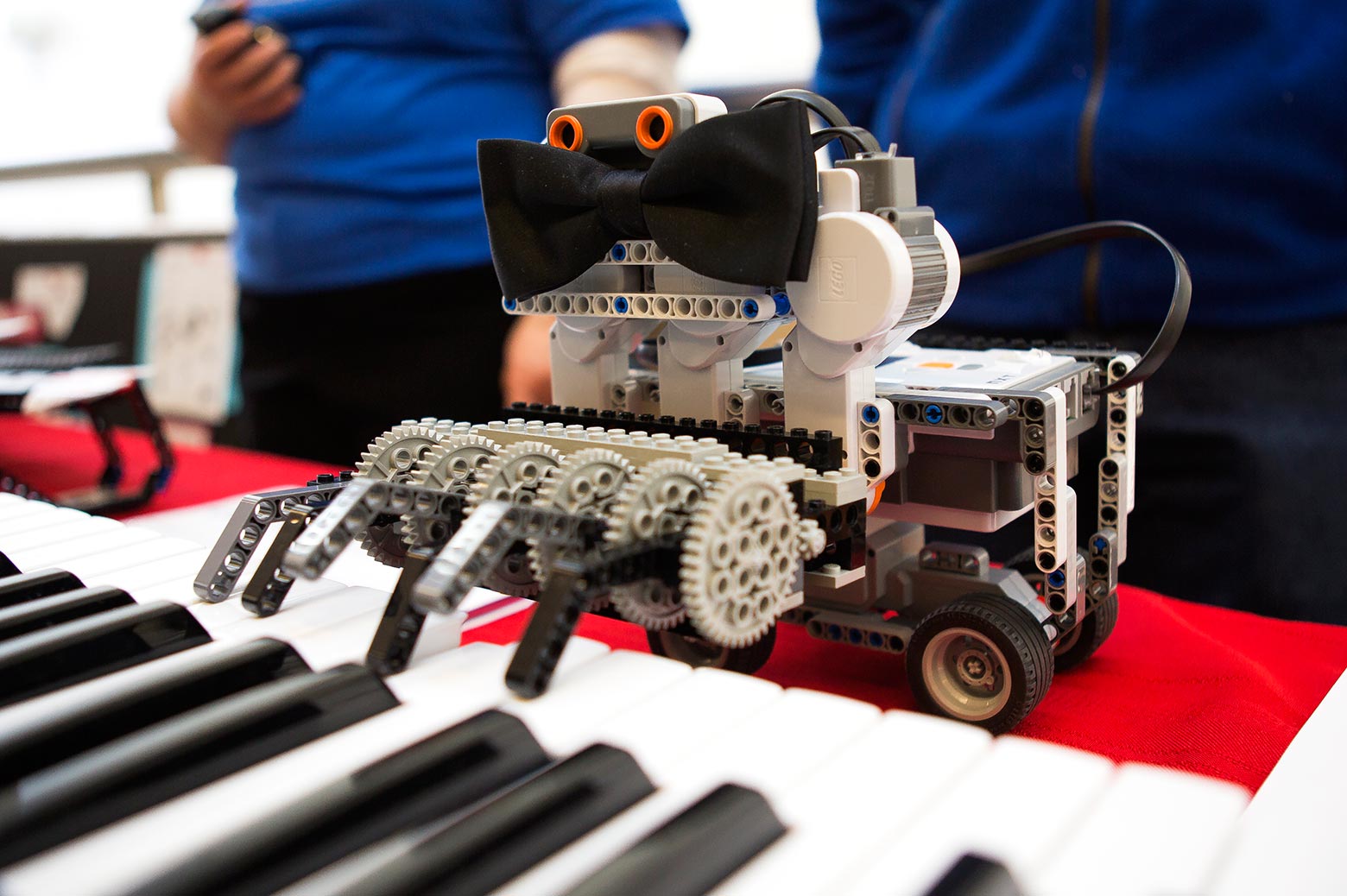 Stephens will discuss the role robotics will play in changing transportation – from the factory floor to the products themselves. He’ll give the audience a behind-the-scenes look at the robots involved in building the company’s new F-150 pickup truck. He’ll talk about Ford’s collaboration with U-M to advance automated vehicles. And he’ll also offer his opinions about the workforce that will be needed to make those vehicles real.

“I think if you look at the challenges facing society and some of the opportunities coming, it’s very clear that the automobile and transportation are going to change radically over the coming years and robotics is going to be a big part of that,” Stephens said. “So there will be a huge demand for engineers who have skills that can play in this total space, and it’s a very gigantic space.”

Automated vehicles are a hot topic today, and through the Mobility Transformation Center, U-M is working with Ford and a host of other collaborators to move forward a holistic approach that involves connected vehicles that, in essence, talk to each other and the infrastructure around them. That’s just one of many approaches, though. And there are challenges ahead for all of them, point out both Stephens and Leonard.

“I’m a tech optimist,” Leonard said. “I believe that what we’re doing could make the world a better place, but do have to have an honest conversation about why things are hard. I think the media’s gotten a little overexcited about where we are. We’re not going to have fully autonomous cars in a few years. Maybe in a few decades.” 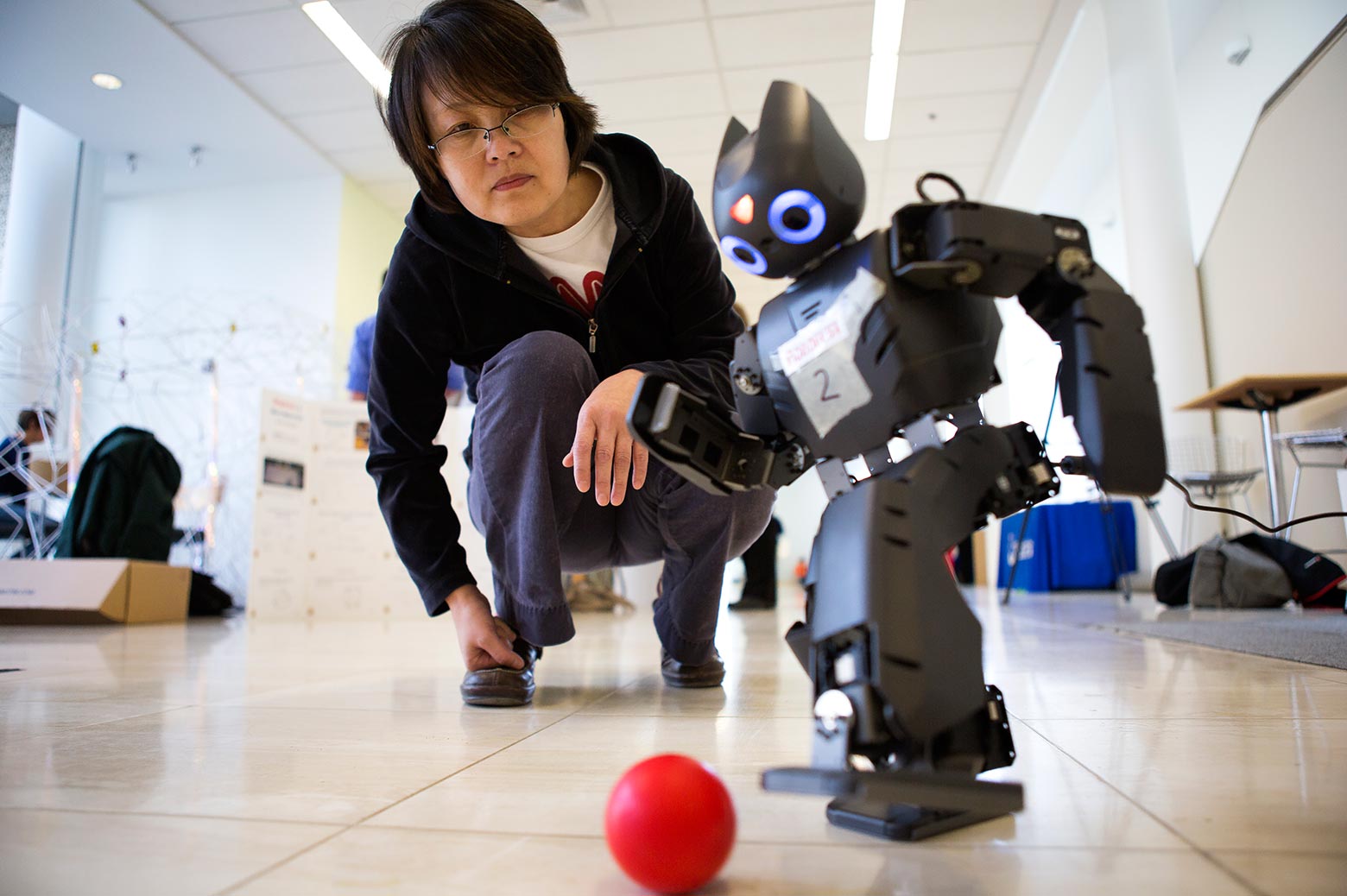 In Leonard’s keynote, he’ll talk about some of the reasons why. He’ll show some footage from a dashboard camera he put on his car for a few weeks about a year ago to gather data during his commutes.

At one intersection where he turns left, for example, he realized that he was regularly interpreting other driver’s gestures. “The little nods and waves that people make,” Leonard said, “You have to look at them and take them into account when you make a go/no go decision.”  That’s just one example.

“I think there are great challenges to be tackled by the next generation of robotics researchers,” Leonard said.

That next generation will be represented at Robotics Day, and not only by college students. At 345 high school teams, Michigan has more FIRST Robotics contestants than any other state, and more than 70 Michigan teams will compete in the national contest.  Several teams will attend with their robots.

The goal of FIRST isn’t so much to teach students how to build robots, but to use robots as a way to interest them in careers in science, technology, engineering and math.

“Robotics is a huge piece of the future,” said Gail Alpert, president of FIRST in Michigan. “And it involves computer engineering, electrical engineering, mechanical engineering and so on. It touches on so many disciplines. And that’s why the robot is the vehicle with which we get excited about STEM careers.”

Aside from the keynotes and demonstrations, participants will attend sessions on robotics in powered prosthetic limbs, drones in Michigan, and robotics education programs in Southeast Michigan. Robotics Day is 8 a.m. to 4:30 p.m. on April 9, 2015 at the North Campus Research Complex, building 18, at 2800 Plymouth Road in Ann Arbor.