EECS: Electrical and Computer Engineering
April 8, 2015
Technology continues to transform the health care industry, and researchers at the University have utilized mobile apps to expand the impact of their work.| Medium Read
Enlarge 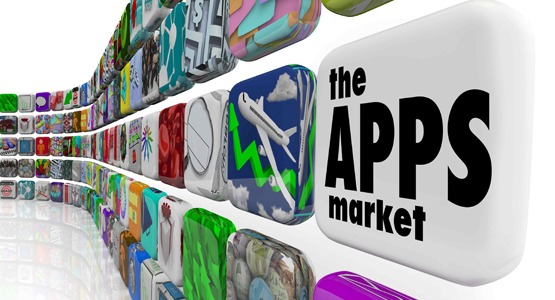 IMAGE:  Apps for Better Living “There are an estimated 1.3 billion smartphones out there, and they’re more than communication devices—they’re game changers." -Prof. Jasprit Singh

A woman with bipolar disorder gets an alert on her smartphone that says, based on subtle changes in her voice, she should brace herself for severe mood swings.

A man who works outdoors five days a week tracks suspicious moles and lesions on his forearm through his mobile device in an effort to monitor early signs of skin cancer.

And a teenager who routinely suffers from migraine headaches taps a 3-D skull on his iPhone to pinpoint the source of discomfort, which helps a clinician manage his pain.

Technology continues to transform the health care industry, and in recent years, researchers at the University of Michigan have utilized mobile apps to expand the impact of their work.

“This is not how we often think as academics,” said Shawna Lee, an assistant professor of social work. “The routine has been to submit your article, in hopes that a top journal would publish it. Many of us aren’t used to working with the tech world, let alone turning our research into mobile apps.”

That all could change in the coming years, as smartphone users are just a click away from accessing more than 1 million mobile apps. And of the 90 percent of Americans with a cellphone, a recent Pew Research Center survey shows that 50 percent of them use their mobile device to download apps.

“Never before have we seen a communication technology diffuse this rapidly and this widespread around the world—not with the Internet, not with anything,” said Scott Campbell, an associate professor of communication studies whose research examines the social implications of new media. “And rather than thinking of mobile technology as something new, it really is something that’s embedded into the structure of our social life. Some consider it a necessity if you want to be a fully functioning member of society today.”

On a cold, grey morning last month, tech experts and scholars from colleges and universities across the Midwest gathered at U-M’s Institute for Social Research Building.

Each attendee had something in common: they recognized the important roles that mobile technology and university research play in addressing issues related to wellbeing.

“There is quite a bit of research on using technology to promote physical health—apps that track your steps, monitor your weight loss and help you manage diabetes,” Lee said. “But there’s been much less attention, so far, given to wellbeing—apps that address social anxiety and depression, or more positive emotions like being happy and grateful.”

A $40,000 grant from the U-M Office of Research’s Social Science Annual Institute helped Lee and her colleagues organize the first Positive Tech conference at U-M in late March to help researchers with emerging ideas figure out ways to work with techies.

Lee can attest to the apprehension many researchers feel when contemplating mobile technology.

Three years ago, Lee reached out to developers to study the feasibility of a mobile app that could promote engagement between fathers and their children. Her research over the past 10 years has focused on parenting, fatherhood and child abuse prevention, and her findings revealed a strong disconnect between dads and their babies. 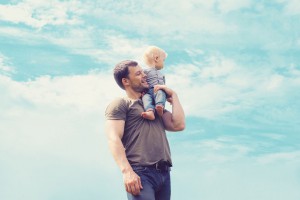 Cue mDad. The app is being field tested in southeast Michigan, and is designed to provide new fathers with information on developmental milestones and positive interactions with their children.

“Dads sometimes are less prepared when it comes to ways to best engage with their baby during infancy,” said Lee, whose wealth of research data backs up her assertions. “Yet their engagement is super important in the baby’s life.”

mDad allows fathers to upload pictures and videos to document childhood milestones, alerts them to age-specific parenting tips and provides dads with ideas for activities and games to help their baby learn and grow.

“Down the road, what we hope to see is that fathers who use the app acquire higher levels of engagement with their baby,” Lee said.

The statistics are grim.

About one in three college students experience some sort of significant mental health issue.

For years, Daniel Eisenberg has looked for ways to effectively and efficiently improve the wellbeing of young people who struggle with mental health issues. A recurring roadblock, though, is that young people aren’t always open to treatment options.

“Our data documents that about 50 percent of students with significant mental health problems are not receiving treatment,” said Eisenberg, an associate professor of health management and policy. “Our hope is that digital services can help bridge that gap to some extent or supplement the services that they’re already receiving.”

His research findings inspired him to pursue the idea of creating a mental health-based mobile app that could promote help-seeking behavior, while introducing popular coping skills.

With Inbal Nahum-Shani from the Institute for Social Research and several others, Eisenberg turned to Jasprit Singh, a U-M professor of electrical engineering and computer science who has built platform technology for mobile apps. Singh and his colleague John Hinckley have consulted with a number of U-M researchers on the development of mobile apps, and by creating a general platform, they can reduce costs and turnaround time. 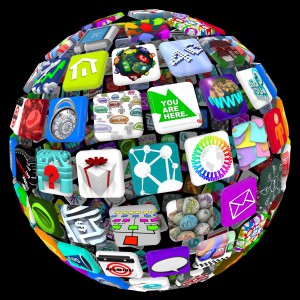 “It’s still relatively unknown to many that you don’t have to be a coder to get into the area of app production,” Singh said. “And you don’t need $100,000 to create an app. If you have good ideas and a small amount of funding, you can create an app for as little as $5,000.”

Singh helped Eisenberg build Tinyshifts, an app that actively prompts users to answer questions about their mental health issues. Based on their responses, the app then recommends short videos, some of which are produced by U-M students.

“A lot of apps try to actively prompt users, but I think we have more reason to be hopeful than the average app,” Eisenberg said. “Our prompts might actually be welcomed instead of being considered annoying because our app is clearly designed to benefit people’s wellbeing. It’s something that everyone values.”

Like mDad, Tinyshifts is being user tested, and Eisenberg hopes to publicly launch the app this fall.

Eisenberg, like Lee, was hesitant at first to pursue a mobile app, but working with Singh has convinced him that researchers worldwide are soon bound to pursue this route as technology continues to transform our everyday lives.

“There are so many professors at the University of Michigan who recognize the potential impact that mobile technology can have,” Singh said. “There are an estimated 1.3 billion smartphones out there, and they’re more than communication devices—they’re game changers. There is so much opportunity that researchers can tap into if you have the right kind of mobile technologies. Simply put, they’re one of our most powerful tools.”

Jasprit Singh – Technology and Wellness
Prof. Singh talks about developing mindful technologies, and how to use the expanding power of mobile devices to promote, mental, social, and physical wellness.

Smartphone as Mentor: How Tech Could Change Behavior 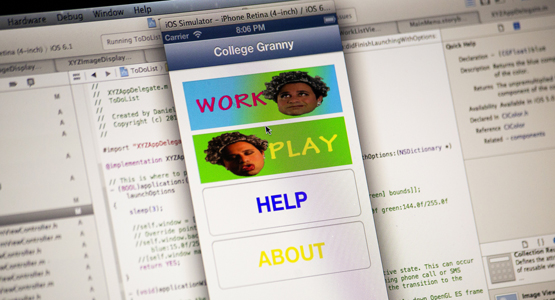 “There are a billion [smartphones] in use today worldwide. They could deliver reminder technologies, or they could observe, teach, anticipate, or help users perform best practices on a regular basis.” 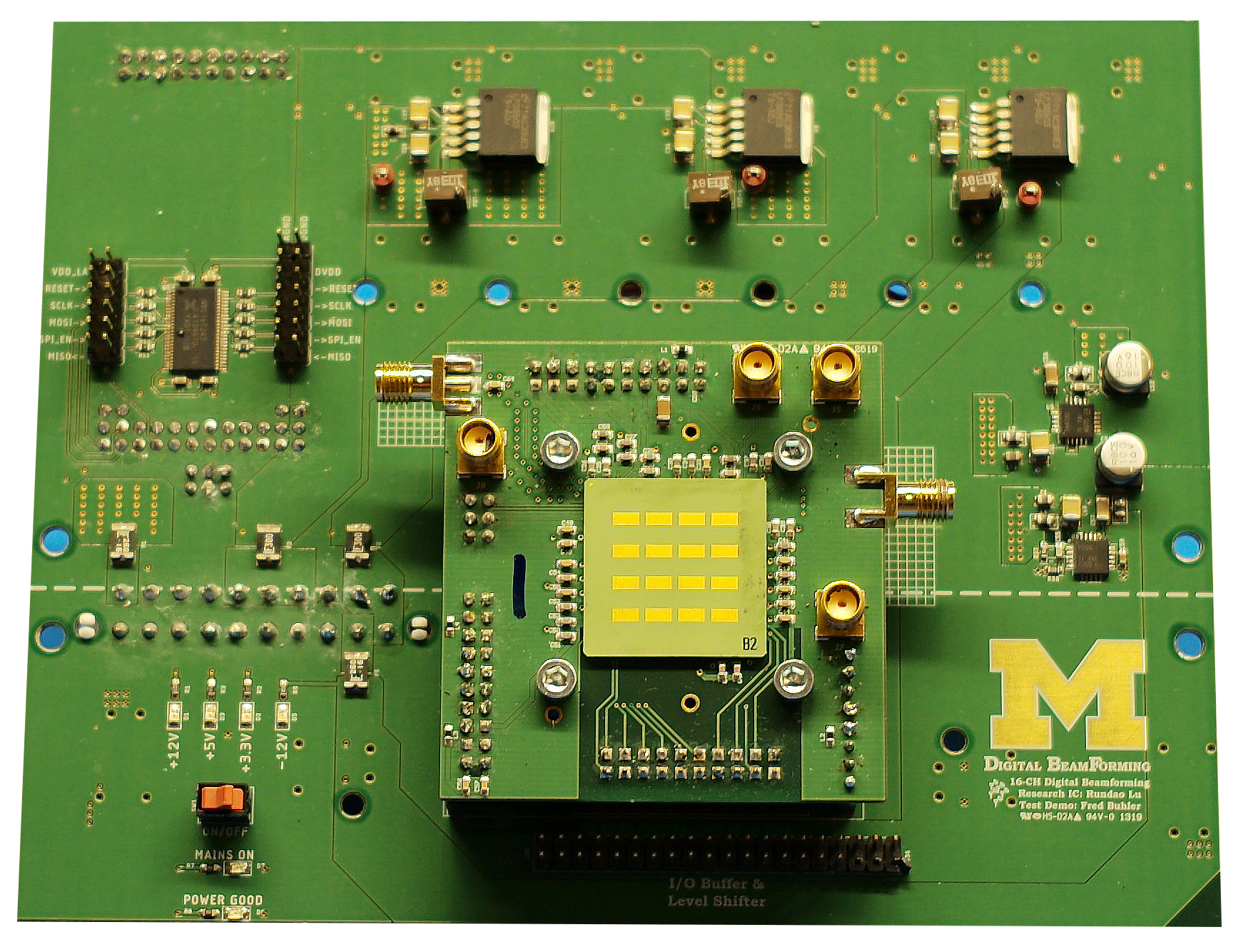