Each term, student teams in the (ENG 100) Introduction to Aerospace Engineering course participate in balloon and airship competitions before their peers and family members. Each team gives an oral presentation, followed by a demonstration of their flight vehicles. The competitions are held on Saturdays mornings in the FXB building.

This term’s event was held on April 11th. Over 500 UM aerospace, elementary, middle school, and high school students and parents were in attendance.

The winner for both the race (time of 25.00 s) and reconnaissance (score of 47.08) was Team #1 “Flying Fish.” The team members are William Cohen, Paul Domanico, Sophia Mehdizadeh, Nathan Moos, and Rohan Punnoose.

Both the race and reconnaissance Airship competition were won by team #11, “The $ell-outs.” They had a time of 27.41 s and a score of 42.57, respectively. The teams’ members are Evan Gonzales, Saif Jamal, Ian McMurray, Ian O’Rourke, and Nigel Swenson.

The winning Hovercraft Competition was #11, “Basic Betsy Improvers.” They had a qualifying time of 17.46 s. The team members are Bruce Cousin, Craig Aldrink, Joshua Moody, Kenneth Turbin, and Kristopher Diehl.

See photos from this event. 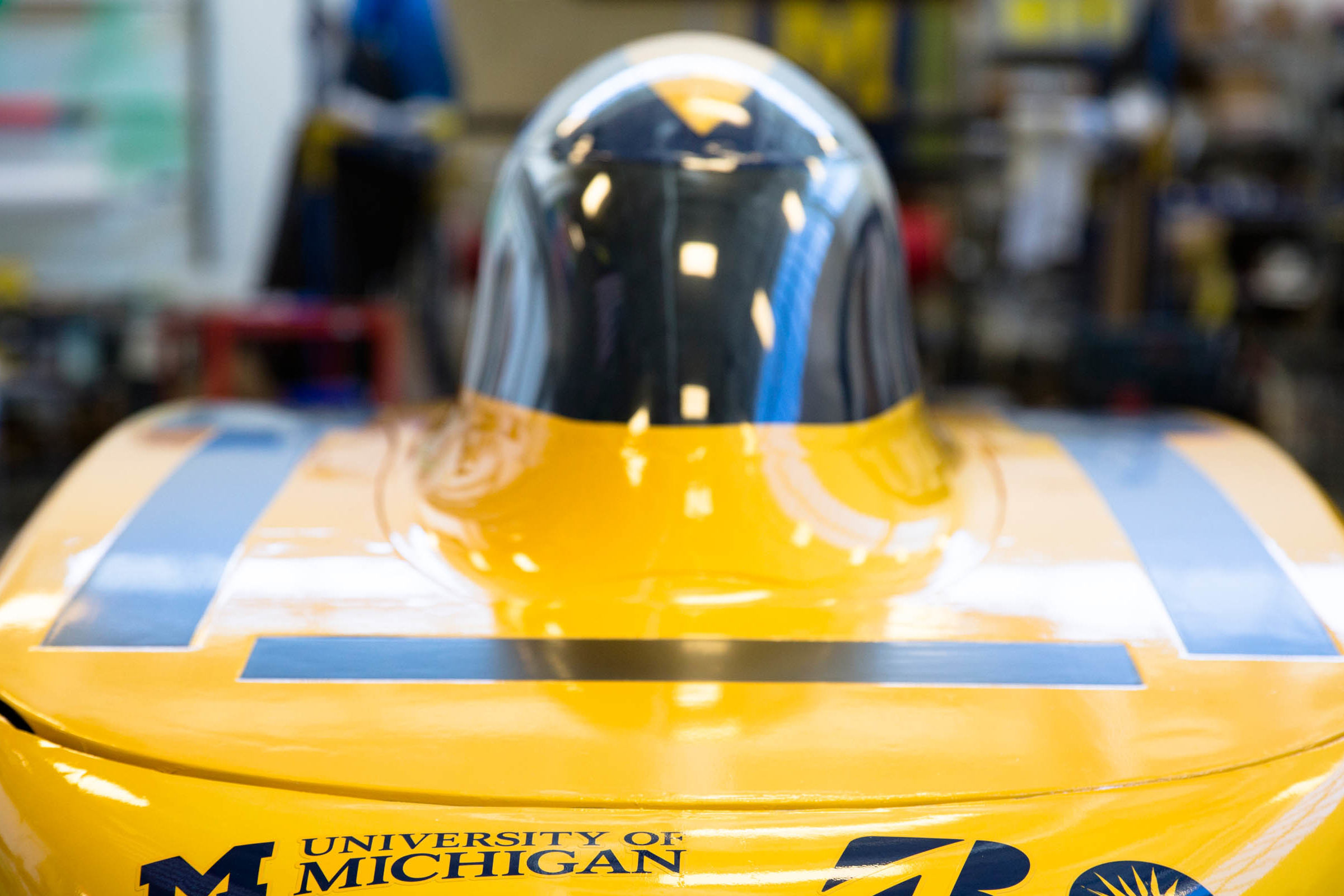