by Kim Roth
Nuclear Engineering and Radiological Sciences
March 10, 2015
Professor Zhong He has plenty of experience to prepare him well for entrepreneurship: He runs a successful university research lab.| Medium Read

Professor Zhong He has plenty of experience to prepare him well for entrepreneurship: He runs a successful university research lab.

“I don’t think there are many fundamental differences between running a research lab and a company,” said He. “In both, you have to secure funding — in research, through grants; in a company, through sales — in order to support your students and the people who work for you.”

He knows both roles well. He heads the U-M Radiation Measurement Group, and in 2011, together with three of his former Ph.D students, launched H3D, Inc. The company makes radiation cameras  — gamma-ray imaging spectrometers — based on He’s research over more than 17 years.

In real-time, the device can detect and localize hot spots, identify and quantify the isotopes, and visualize the source of gamma radiation. It is the first in the world with high energy resolution, real-time imaging and turn-key operation capabilities.

Gamma ray imaging has long presented scientists with challenges. Given their high energy, gamma rays bounce around and behave more like particles or bullets than waves. Unlike visible light’s photons, they cannot be focused by a lens.

For the past few decades, the best gamma ray spectrometers have used high-purity germanium. Their performance, or energy resolution, is good, but they operate at -200˚ C and, in addition to the high costs associated with cooling, they are “bulky, heavy and slow,” He explained. “It takes about 10 hours to be cooled down before you can make measurements.”

The gamma rays interact with the CZT detectors and create free-moving electrons that can be collected and amplified to generate a signal. The software – using thousands of lines of proprietary  codes written by his group — interprets the signal and displays the spectrum and images on a wirelessly connected tablet. The gamma ray image is overlaid on an optical image taken with an integrated camera.

The new company has sold its gamma-ray imagers to more than 15 nuclear power plants worldwide during the past year. In multiple cases, customers reported that their use of Polaris-H imagers has cut service time during shutdowns. Each hour of down time costs more than a Polaris-H, He noted.

“Our customers are discovering sources that surprised them and that they wouldn’t have been able to see otherwise,” He said. “Dosimeters can measure doses in a room, but they don’t give you any directionality so you have no idea of the location of each source. Our device can localize sources in all directions at once.”

H3D also has sold its gamma ray imagers to NASA for research for future planetary science missions, to University of Maryland for research on proton cancer therapy and to two national laboratories for nuclear safety and homeland security applications.

The entire battery-operated system weighs less than 10 lbs. and is about the size of a shoebox. The imagers are made water- and airtight so they can easily be decontaminated.

With such a strong start to sales, He expects growth in the next two to three years will be strong. He credits much of the success to the team behind H3D, including co-founders Dr. Willy Kaye, who serves as chief executive officer; Dr. Feng Zhang, chief technology officer; and Dr. Weiyi Wang, engineer and marketing director. All three earned their PhDs in NERS under He.

“Customers have come to us by word of mouth,” said He. “We want to follow the path of Apple: You make a product that people love, and they buy it.” 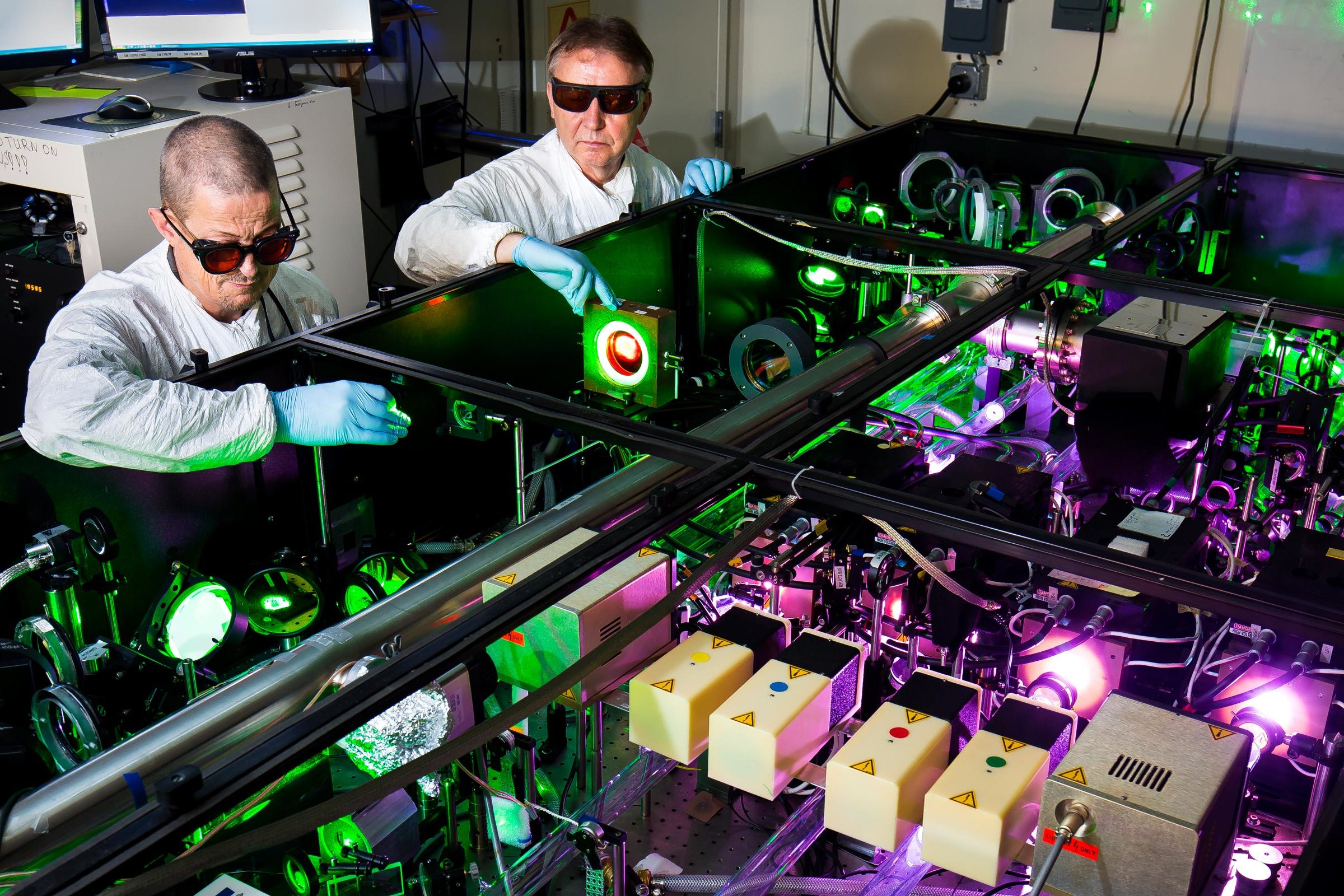 Doubling the power of the world’s most intense laser

It could enable tabletop particle and X-ray sources as well as the investigation of astrophysics and quantum dynamics.| Medium Read