Three ECE students have been awarded this year’s College of Engineering Distinguished Leadership Award. This award recognizes students who have demonstrated outstanding leadership and service to the College, University, and community. Cheng Zhang and Elizabeth Dreyer are both Ph.D. students in electrical engineering, and Lauren Bilbo is an undergraduate senior majoring in electrical engineering. All three are highly involved in student organizations and leadership positions. 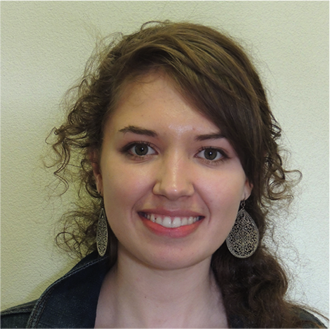 Lauren Bilbo has a passion for challenging herself. In just two years, she has participated in a wide array of student groups, mentorship positions, and leadership roles. She joined the Michigan Research Community as a freshman and contributed to a project on laser-plasma interactions. She continued membership as a peer mentor, planning service events for the community and leading a weekly Spanish study group.

She then became involved in the Society of Women Engineers (SWE), eventually serving as Social Chair and organizing monthly social events. In this role she led a subcommittee to plan a charity concert, raising over $500 for the MakeAWish Foundation.

Meanwhile, Lauren took part in the planning of the SWE/TBP Career Fair, first as a chair in 2013, and then as a co-director in 2014. The event hosted more than 340 companies. She also joined Tau Beta Pi, the Engineering Honor Society and Eta Kappa Nu, the EECS Honor Society.

Through these groups, Lauren dedicated four hours each week to service work. Her contributions included weekly tutoring, volunteering at a retirement home, and removing invasive species in the environment.

Lauren also takes part in the Engineering Global Leadership Honors Program, and was recently elected industry chair. Through this program, she’s volunteered abroad in India, assisted in organizing a cultural event with over 100 participants, and will complete a collaborative summer internship with Ross School Business students.

This summer Lauren will intern at Eli Lilly, and after graduation she intends to pursue an MSE in Electrical Engineering with a focus on computer architecture. 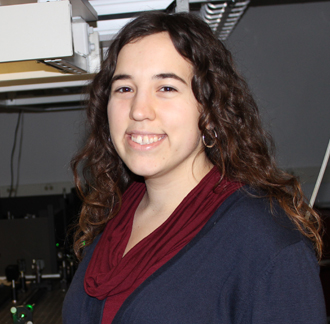 Elizabeth Dreyer had a drive to stay involved from the day she set foot on campus in 2012. She made an immediate impact on the ECE community by founding the joint student chapter of the Optical Society of America (OSA) and the International Society for Optics and Photonics (SPIE), called the Optics Society at the University of Michigan (OSUM). She continues her involvement in the organization as secretary.

Not finished founding new groups and activities to enrich her field, Liz became a founding member of the Ann Arbor Light Project (A2LP) in 2014. A2LP is a consortium of local artistic, industrial, and educational groups interested in promoting awareness that Ann Arbor, and the greater State of Michigan, is a worldwide hub of light-related industry, culture, and art.

The ongoing project was started to engage the community in UNESCO’s International Year of Light. Liz coordinates five students and faculty members, three optical professionals, and an artist to plan a year of events and activities to celebrate light. The team will organize a display at the Back to the Bricks festival in Flint, MI this summer.

Liz also joined the Graduate Society for Women Engineers (G-SWE) early on, and she is now the organization’s Co-Director.  She represented the College of Engineering as a recruiter at the last two SWE national conferences, and helped to plan many G-SWE sponsored events on campus.

She’s done this all while conducting groundbreaking research with Prof. Steve Rand. Her goal is to understand how a new interaction between light and matter can generate electricity. Building on a concept discoverd by Prof. Rand, Elizabeth is testing a variety of liquids and solids in order to quantify the ratios of magneto-electric scattering in each under varying laser intensities.

In addition, Liz is pursuing a certificate in Science, Technology, and Public Policy from the Ford School. She has earned several fellowships and awards for her work and other involvement, including an NSF Graduate Research Fellowship, a Rackham Merit Fellowship, a CEW Riecker Graduate Student Research Grant for work in Liberia, and a SPIE Travel Scholarship. 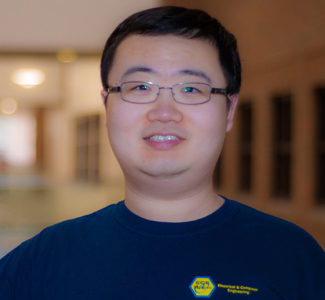 Outside Cheng Zhang’s time spent researching nanophotonics and nanofabrication with Prof. L. Jay Guo, he is very involved in student leadership. As the president of the Optical Society at the University of Michigan (OSUM), he works to promote Optical Science and Engineering through dissemination of research, professional development for students, and outreach events. Cheng was the organization’s first vice president after its founding in 2012.

OSUM organizes various events for its members, including academic talks, industry seminars, faculty panels, and new student/faculty mixers.  In 2013 and 2014, OSUM worked with the LNF in their “Nano-Day” event to demonstrate interesting optical phenomena. Earlier this year, OSUM successfully organized a CoE-wide laser tag event to celebrate the start of the International Year of Light.

Cheng served as co-chair of the 2014 Engineering Graduate Symposium, an annual campus-wide conference for research presentations and prospective student visits. Cheng’s organizational work helped make the event a tremendous success. Previously, Cheng worked for two years (2011-2012) as the session chair for the Photonics and Applied Physics session. In 2013, he worked as the chair of all of the sessions in Electrical and Computer Engineering.

Cheng is also a member of the LNF user committee, a reviewer of scientific journals, and a student member of the Optical Society of American (OSA) and the International Society for Optics and Photonics (SPIE).

Along with his leadership positions, Cheng has a history of award-winning research in his field. He received the Rackham Predoctoral Fellowship, the Optics and Photonics Education Scholarship, and the Michael Pate Optical Sciences Memorial Scholarship. He won the honorable mention award (2013) and best poster award (2014) in the Lurie Nanofabrication Facility (LNF) User Symposium.

Cheng’s research has been published in high impact journals such as Advanced Materials, Nature Photonics, Physical Review Letters and reported by various media.