by Gabe Cherry
Michigan Engineering
February 26, 2015
Duane Dimos, director of Sandia’s Pulsed Power Sciences Center, nominated Jon Madison, U-M alum, for the BEYA award, saying his research skills “are differentiated from many peers by a mastery of both experimental and modeling expertise with a focus on quantification of defects in materials microstructures.”| Medium Read
Enlarge 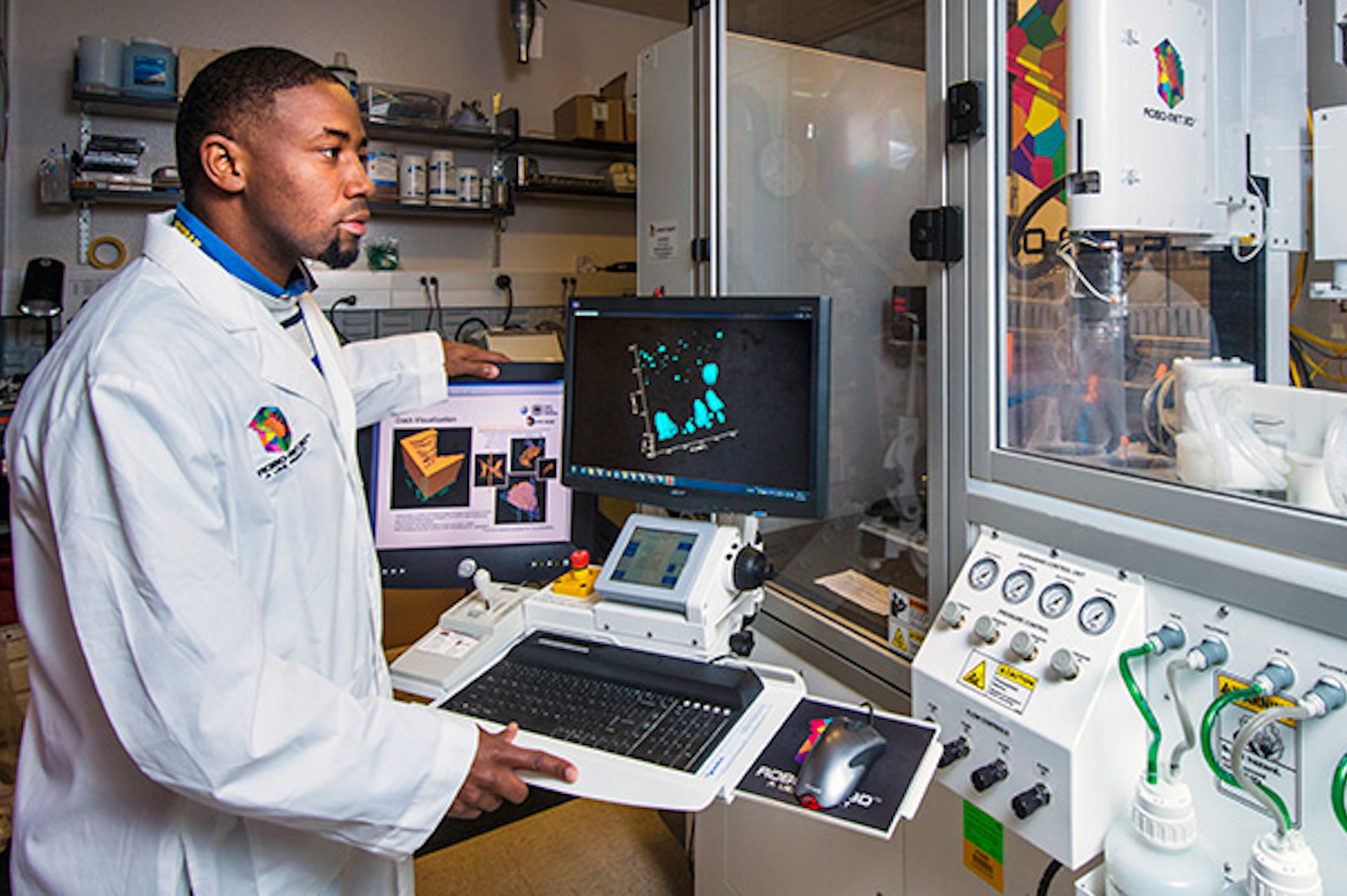 Growing up in Wichita, Kansas, Jon Madison had a strong sense of who he was and where he was going. “I wasn’t an average kid,” he said. “Whatever my peers were doing, chances are I wasn’t doing it. After school and weekends I helped with my family’s business. When it came to performing academically and taking an intellectual route, I always went my own way.”

Madison’s route led to master’s and doctoral degrees in materials science and engineering from the University of Michigan College of Engineering and a career at Sandia National Laboratories. Today, he also mentors interns at the labs and young people in the community.

He recently was named winner of a Black Engineer of the Year Award (BEYA) for Most Promising Scientist. “This is a high point in my career,” Madison said. “I was excited to win and to represent Sandia in this way.”

BEYA is a program of the national Career Communications Group, an advocate for corporate diversity, and is part of its STEM (science, technology, engineering and math) achievement program. The awards annually recognize the nation’s best and brightest engineers, scientists and technology experts. Madison received his award at the 29th BEYA conference in Washington, D.C., in early February.

Madison’s parents were painting contractors who encouraged him to excel. “They didn’t push me into any one field or direction,” he said. “They said whatever you do, do your best, and that stuck with me.”

He worked in the family business and decided it wasn’t for him. He wanted a career in science. Madison went to Clark Atlanta University, one of the nation’s Historically Black Colleges and Universities, where he earned a bachelor’s degree in engineering science. He then headed to U-M to complete his master’s and doctorate in materials science and engineering.

Madison was in the Louis Stokes Alliance for Minority Participation initiative, a STEM scholarship program of the National Science Foundation. “They said from day one that I would go to grad school,” he said. “The expectations were high.”

He did summer internships at the Naval Research Laboratory in Washington, D.C., Washington State University and the Massachusetts Institute of Technology. “I was looking for mechanical engineering internships but ended up in materials research programs,” he said. “I got a lot of exposure and opportunity to see materials science in different ways. That’s when it clicked for me that I would like to pursue materials science as a career.”

Madison joined Sandia in 2010. His work centers on destructive and non-destructive techniques to understand microstructure in three dimensions, and using that information in experiments and simulations.

Duane Dimos, director of Sandia’s Pulsed Power Sciences Center, nominated Madison for the BEYA award, saying his research skills “are differentiated from many peers by a mastery of both experimental and modeling expertise with a focus on quantification of defects in materials microstructures.”

“Madison is a tireless advocate for ensuring diversity within his professional field and at work,” Dimos said. “He serves as a role model for aspiring young African-American students.”

Madison is a Campus Executive Fellowship mentor and works with interns from around the country. “I take mentoring really seriously,” he said. “It is our responsibility as scientists to mentor the next generation. It’s close to my heart because I was groomed by mentors.”

He and his wife volunteer with Big Brothers Big Sisters of Central New Mexico, and Madison is a life member of the National Society of Black Engineers and the NAACP. He is also area director of the service fraternity Alpha Phi Alpha, which had Martin Luther King Jr. as a member.

Madison’s message to young people is the one he received from his parents. “It doesn’t matter what you choose to do, just strive to do your best,” he said. “The better you perform now, the more doors will open for you later. You don’t want to close those doors before you have a chance to look through them.”

A version of this story originally appeared on the website of Sandia National Lab.