Congratulations to the following ECE Faculty recipients of 2014-15 College of Engineering Awards: 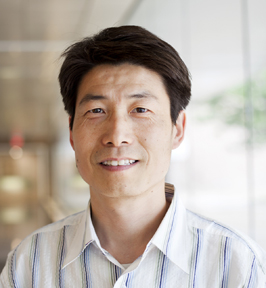 Prof. Jay Guo is a world-renowned researcher who has made significant contributions to a wide variety of areas, including: photonic devices and sensors, organic and hybrid photovoltaics, nanofluidics, ultrasound and photoacoustic detectors, and nanofabrication technologies. He and his research group are responsible for innovations such as highly compact terahertz detectors, decorative photovoltaic cells, a new transparent electrode for large, flexible OLED and display screens, roll-to-roll nanoimprint lithography, a photoacoustic lens to generate high amplitude ultrasound for focused therapy, and a nanostructured optical film to boost LCD efficiency. His research has attracted wide media coverage, and companies around the world have developed commercial products based on his research.

Prof. Guo has authored more than 400 publications and conference presentations, and is author of 12 U.S. patents. The number of total citations on his publications exceeds 13,500. As an educator, Prof. Guo developed a special topics course on nanoelectronics, has taught a wide range of courses in electrical engineering, and graduated 20 doctoral students. He’s active in the professional community, serving as Associate Editor to the IEEE Journal of Photovoltaics, and as editorial board member to Nature Scientific Reports, Advances in Solar Cell Research, and Graphene Photonics and Electronics. He is a member of the NSF Center for Photonics and Multiscale Nanomaterials and the DOE Center for Solar and Thermal Energy Conversion. 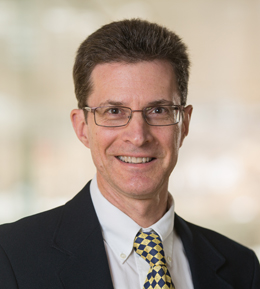 Prof. Stéphane Lafortune has compiled a superb record of service to the ECE division, the CoE, and his professional community. He was instrumental in implementing the major policy change of adopting a fully-funded Ph.D. support model. This means that for the first time, all Ph.D. students in good standing would have guaranteed support for five years. In addition, he centralized the processes of recruiting, admission, and fellowship allocation to maximize efficiency and uniformity across ECE graduate programs. Under his leadership, the ECE MS program grew from about 50 students to nearly 200 students per year, while increasing the percentage of domestic students. He also developed a valuable system for reviewing the progress of graduate students. Through all of the changes he helped implement, he was praised for his ability to work cooperatively with others.

Prof. Lafortune has served as Associate Chair of Graduate Affairs for ECE and as a member of the CoE Executive Committee. He is also a leader in the professional community. He is currently Editor-in-Chief of Discrete Event Dynamic Systems: Theory and Applications, and chaired the steering committee of the Workshop on Discrete Event Systems (WODES) from 2012-24. Prof. Lafortune co-authored a leading textbook in his field (Introduction to Discrete Event Systems), and teaches courses ranging from large sophomore courses to specialized graduate courses. He is currently a principal investigator on the $10M NSF program known as ExCAPE (Expeditions in Computer Augmented Program Engineering), and is a co-leader of their Knowledge Transfer activities. 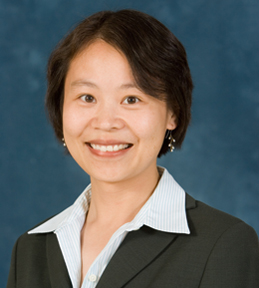 Prof. Mingyan Liu is beloved by undergraduate and graduate students alike for her enthusiasm, dedication, clarity, and inspirational teaching style. Her contributions to education began shortly after her arrival at Michigan in 2000 when she revamped the course EECS 557, Communication Networks. To keep up with current trends, she also introduced a special topics course on modeling and simulation techniques in networking. In addition, she took on two undergraduate courses that had a reputation for being very difficult to teach, and made them more accessible to students and other faculty. In the first class, EECS 401, Probabilistic Methods in Engineering, she introduced an example-driven teaching style and spent much of the class engaging students in discussion, which caused a very positive outcome in student learning and satisfaction. This is a required course that students previously approached with great trepidation. The second class, EECS 452, Digital Signal Processing Design Laboratory, was extremely popular among students, but notoriously difficult to teach as it calls upon a wide variety of technical backgrounds. Prof. Liu taught the class, again very successfully, and by example, taught others how to approach the course.

In addition to her contributions to education, Prof. Liu has been extremely effective and generous in her service commitments. She currently serves as ECE Associate Chair for Graduate Affairs and ECE Communications Area Coordinator; she is Chair of the CoE Dean’s Advisory Committee on Female Faculty, and serves on the Rackham Pre-Doctoral Fellowship Review Committee. Outside the university, she is an Associate Editor of the ACM Transactions on Sensor Networks, and has served on the editorial board of the IEEE/ACM Transactions on  Networking and the IEEE Transactions on Mobile Computing.  She also recently served as Technical Program Chair for the IEEE International Conference on Mobile Ad hoc and Sensor Systems. Her research interests include optimal resource allocation, sequential decision theory, incentive design, and performance modeling and analysis, all within the context of communication networks. 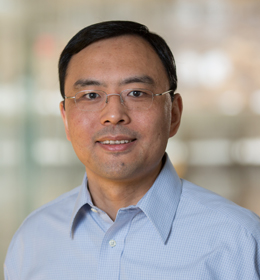 Prof. Wei Lu and his research group developed a potentially disruptive device known as Resistive Random-Access Memory (RRAM) that has the potential to completely revolutionize the non-volatile memory market. The device can be scaled down to atomic dimensions, is extremely reliable and efficient, making it a candidate for the demands of big data and the so-called Internet of Things. In consumer electronics, it has the potential to provide higher storage capacities for mobile phone, faster and more energy-efficient computer servers, lower-power sensing chips for biomedical implants, and a wide range of other applications. Prof. Lu co-founded Crossbar, Inc. in 2010 to bring RRAM to the marketplace. The company has completed three rounds of funding, collecting more than $50M, and employs over 40 full-time workers. Crossbar is partnering with mainframe semiconductor foundries to mass produce the RRAM chips, and is expected to bring its first products to the marketplace later this year. RRAM is now regarded as the most promising candidate to replace Flash memory, and has been highlighted by the International Technology Roadmap for Semiconductors. In addition, Prof. Lu is working to expand RRAM’s applications to computing hardware in which data storage and information processing can occur simultaneously and at the same physical locations. His goal is a 10,000x improvement in power efficiency and a 1000x improvement in speed for computing tasks such as image and video processing.

Prof. Lu is Co-Editor-in-Chief of Nanoscale, and a member of the editorial boards for Scientific Reports and Micro and Nanosystems. He has authored more than 80 journal publications, and is author of 10 U.S. patents. The number of total citations on his publications exceeds 9,000. He has taught courses ranging from Quantum Mechanics, Microelectronics Processing Technology, and undergraduate and graduate level semiconductor device courses.