The future of solar: $1.3M to advance organic photovoltaics

The Department of Energy (DOE) awarded Michigan Engineering Professor Stephen Forrest’s group a $1.35 million Next Generation Photovoltaics grant earlier this fall, aimed at advancing the practical viability of organic photovoltaics, a carbon-based version of solar technology that promises to radically change the way the sun’s energy is collected. Forrest is the Paul G. Goebel Professor of Engineering in the Department of Electrical Engineering and Computer Science, and Physics and the former U-M Vice President of Research.

The grant is the third Next Generation Photovoltaics DOE award Forrest’s group of students and researchers have received.

“This was extremely heavily competed. It’s an acknowledgement by the DOE of the progress we have shown in the previous Next-Gen program and our advances in organic photovoltaics in general,” said Forrest.

The Next Generation grant is designed to fund research that will push scientifically sound and commercially promising solar technology into viable territory as quickly as possible. Organic photovoltaics excite researchers because they are potentially capable of converting the sun’s energy to electricity with very inexpensive materials. Multijunction organic cells, which are one of the areas that the Forrest group has pioneered and will be exploited in the current program, are built by stacking different semi-transparent semiconducting materials on top of each other, maximizing electricity production by absorbing different wavelengths of light.

Organic photovoltaic research hints at a future where the heavy, breakable, expensive-to-mount solar panels used today are replaced with printable rolls of adhesive solar tape. They could be semi-transparent and used as window screens. They’d be easy to ship, and users could place them on rooftops, vehicles, spacecraft, and in remote villages.

Before startups – including Forrest’s commercialization partner, Nanoflex Power Corporation – begin to fire up the printers, Forrest and all organic photovoltaics researchers face daunting innovations needed in three areas: efficiency, reliability, and scalability. In a solar panel, efficiency refers to the percentage of the sun’s energy that is converted into usable electricity. The average residential solar panel in use today converts around 11-15 percent of its energy into usable power. Forrest’s group is now exceeding 12 percent efficiency in the laboratory – flirting with a commercially viable level – but the group’s own goal is 17 or 18 percent.

Organic photovoltaics will be considered reliable when they can survive snow and dirt, and of course, the heat and ultraviolet light from the sun, without deteriorating. The technology’s development has long been hamstrung by short lifespans. “When we started research on organic solar cells, their operational lifetimes were on the order of hours,” said Forrest. “Today, we’re pretty confident that we’re beating ten to fifteen years. At the end of this program, we’re looking at 20 years. That is getting to where it’s really useful.”

The final hurdle for researchers working with organic photovoltaics is the ability to take them out of the lab and scale them up into an affordable commercial product. At the beginning of Forrest’s previous round of DOE funding, he says, his team produced solar cells with a diameter of two or three millimeters. Similar cells, five centimeters wide, are now being produced in his lab. “This is a big step for us, and a major step in our long-term goal, but it’s about more than size- we want to be able to print these cells like newspaper, “ Forrest said. “We need to be able to demonstrate roll-to-roll printing- to go from millimeters to kilometers.”

Forrest’s group has been careful to push for progress in all three areas; Forrest feels that researchers tend to focus so heavily on efficiency that, even with those goals achieved, a practical product could prove elusive. Some of that careful balancing of focus comes from his decision to balance his dual focus on commercialization and research, he said, noting that he believes Nanoflex Power’s involvement is a key factor to success.

“Even with basic research, when you’re dealing with something as fundamentally important to human existence as energy, it’s hard not to look to see what the need is and try to adapt some of your thinking toward that need,” said Forrest.

Spending eight years as the vice president for research informed his work in a new way, he said. “For example, I looked at energy issues and the attendant societal problems that come with having it or not having it: the environmental problems, the technological problems. To sit in a position where I had a view of all the problems we work on gave me an extremely broad concept of what it means to do research across disciplinary lines, and a great perspective on the importance of motivating students who will take us far beyond anywhere we are today.” 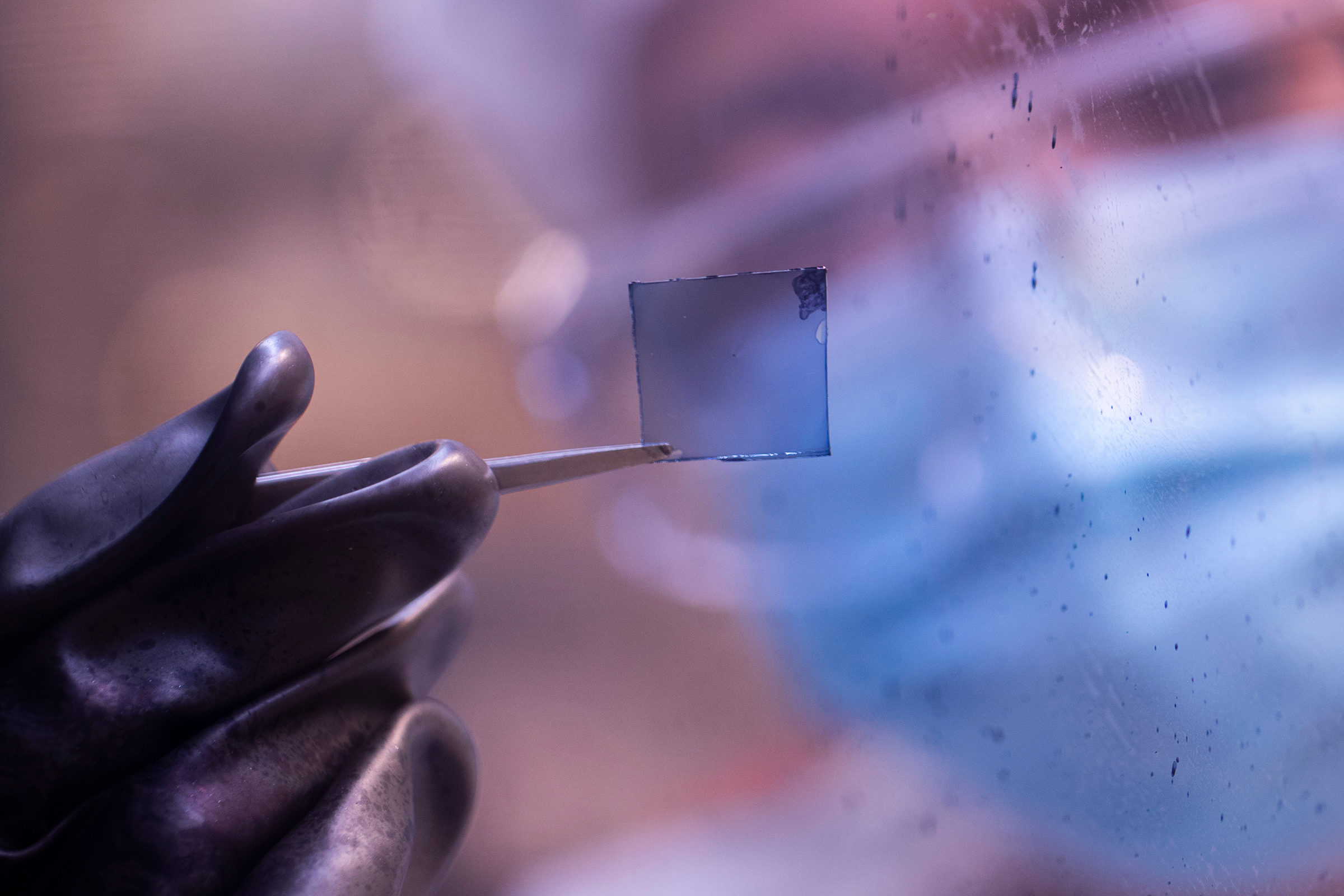