EECS: Electrical and Computer Engineering
October 29, 2014
Dr. Hanson is the co-founder of a startup semiconductor company that plans to lead the low-power revolution in electronics by powering the Internet of Things.| Medium Read
Enlarge 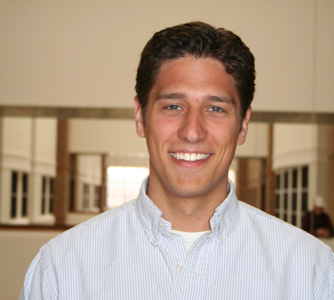 Scott Hanson (BSE MSE PhD EE ’04 ’06 ’09) has been selected to receive the 2014 Arbor Networks Ph.D. Research Impact Award. Dr. Hanson is the co-founder, Chief Technology Officer and Vice President of Engineering of Ambiq Micro, a startup semiconductor company that has big plans to lead the low-power revolution in electronics by powering the Internet of Things.

“I’m excited to be receiving this award,” said Scott. “While I was at the University of Michigan, I watched entrepreneurship really take off. I’m happy to have been part of that trend. I’m also particularly excited to get back to Ann Arbor for the award ceremony. I haven’t been able to get back there as often as I’d like, and I appreciate the opportunity to do some recruiting while I’m there!”

Scott took advantage of several entrepreneurship opportunities at Michigan while developing the technology that would launch Ambiq Micro. He was part of the Mentor-in-Resident program at the Michigan Venture Center, and took first place in the 2010 Michigan Business Challenge, a feat that was reported in the New York Times.The same year he won a $250,000 prize from Draper Fisher Jurvetson (DFJ) and Cisco as part of a co-sponsored Global Business Plan Competition for university and business school students. [Watch the televised interview with Fox Business] [Read more about those early days]

At the heart of Ambiq Micro’s game-changing technology is SPOT™, which stands for Subthreshold Power Optimized Technology. Ambiq’s SPOT technology enables semiconductor products to operate at ultra-low voltage levels inside the chip, increasing energy efficiency by requiring much less power to function.

The resulting chips are said to be the world’s lowest-power chips of their kind. These chips also take over functions that currently involve other chips in order to reduce the overall power usage of the device even further,

With its ability to vastly extend the charge life of very small electronics, Ambiq Micro’s technology has a wide variety of potential applications.

According to Dr. Hanson:

The emerging Internet of Things has created an unprecedented demand for low power chips. With applications ranging from wireless sensors in smart homes to wearable electronics, there is a huge opportunity for the company that can help electronics manufacturers extend battery life and add new features in the face of increasingly stringent power budgets. Our sub-threshold circuit technology puts us is a great position to not only grow with the Internet of Things but also accelerate its growth.

Dr. Hanson has become a recognized expert in the field and speaks widely on energy-efficient circuits. He has more than 30 publications and 7 patent filings on related technology, and continues to guide the company’s product development and new technology development efforts.

The Arbor Networks Ph.D. Research Impact Award recognizes Michigan Engineering graduates who earned their doctorates between five and 20 years prior and translated their research into technology with significant commercial and societal impact.