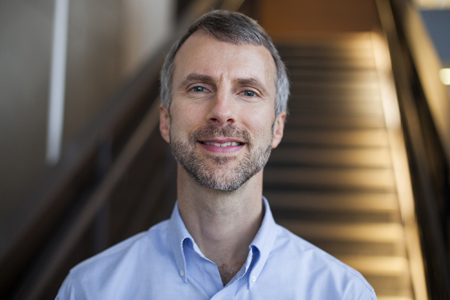 A new $1.9 million study at the University of Michigan seeks to make low-dose computed tomography scans a viable screening technique by speeding up the image reconstruction from half an hour or more to just five minutes.

The advance could be particularly important for fighting lung cancers, as symptoms often appear too late for effective treatment.

The grant comes from the National Institutes of Health (NIH).

In December 2013, the U.S. Preventative Services Task Force recommended lung cancer screens for everyone between 55 and 80 years old who has been a smoker within the past 15 years. Roughly 90 percent of cases are related to smoking, and the health care costs are approximately $12 billion per year in the U.S.

Unfortunately, the CT scans that reliably identify tumors by creating 3D images of the lungs also expose the patient to an X-ray dose comparable to about five to eight months’ worth of natural background radiation.

“It’s known that a radiation dose can increase the risk of cancer, but nobody knows exactly how much,” said Jeffrey Fessler, U-M professor of electrical and computer engineering who leads the project.

On average, U.S. residents get about 3.2 milliSieverts (mSv) of radiation per year from natural sources such as bananas, cosmic rays from space and radon that escapes from rocks such as granite. Adding another six months’ worth of radiation every few years is undesirable for most patients.

For this reason, the National Institutes of Health prioritized reducing the radiation dose associated with these scans, soliciting proposals to make low-dose CT scans practical. The advance would also benefit children and adolescents, who are thought to be more sensitive to radiation.

Fessler’s team is investigating methods to reduce the dose from around 2 mSv to between 0.24 mSv and 0.4 mSv, or a couple months of natural radiation. The drawback is that the images taken at these low X-ray doses are not as crisp initially as higher-dose images.

“Reducing the radiation is like setting a very short shutter speed on your camera,” Fessler said. “You’d get a grainy picture, but you could use Photoshop to try to get a better image. The data processing needed for low-dose X-ray CT is far more complicated.”

At present, it takes 30-60 minutes to reconstruct the low-dose images for diagnosis. That is impractical when the scans themselves take just a few minutes. Through this new project, Fessler and his team aim to cut that processing time down to five minutes.

Their software improves 3D CT scan images by modeling how the X-rays and detectors behave based on physics principles. However, the physics models are complicated, and the images are enormous—equivalent to 150 megapixels—resulting in those long processing times.

Fessler thinks that today’s computers are fast enough for shorter processing times, but they need to work smarter. Collaborating with Thomas Wenisch, U-M associate professor of computer science and engineering, the research team aims to speed up the processing by taking advantage of multicore computing.

Most modern computers, tablets and even smartphones come with multiple processors that share computing tasks, allowing our electronics to run faster. But the algorithm currently used to process CT scans predates the wide availability of multicore processing, and it does not fully use the available computing power.

The team’s solution is to develop new algorithms that divide the data among the processors, allowing each to handle a certain region, and then stitch the image back together at the end.

If successful, the work could help make low-dose CT scans the norm. This would also benefit patients who need CT scans for other reasons, such as diagnosing infections, locating clogged arteries and mapping complex fractures.

Low doses are particularly important for suspected cancer cases because they require multiple scans, Fessler said. Doctors watch for suspicious tissue that grows between scans spaced months to a year or two apart.

“In repeat scan situations, it’s crucial that the dose be very low,” he said.