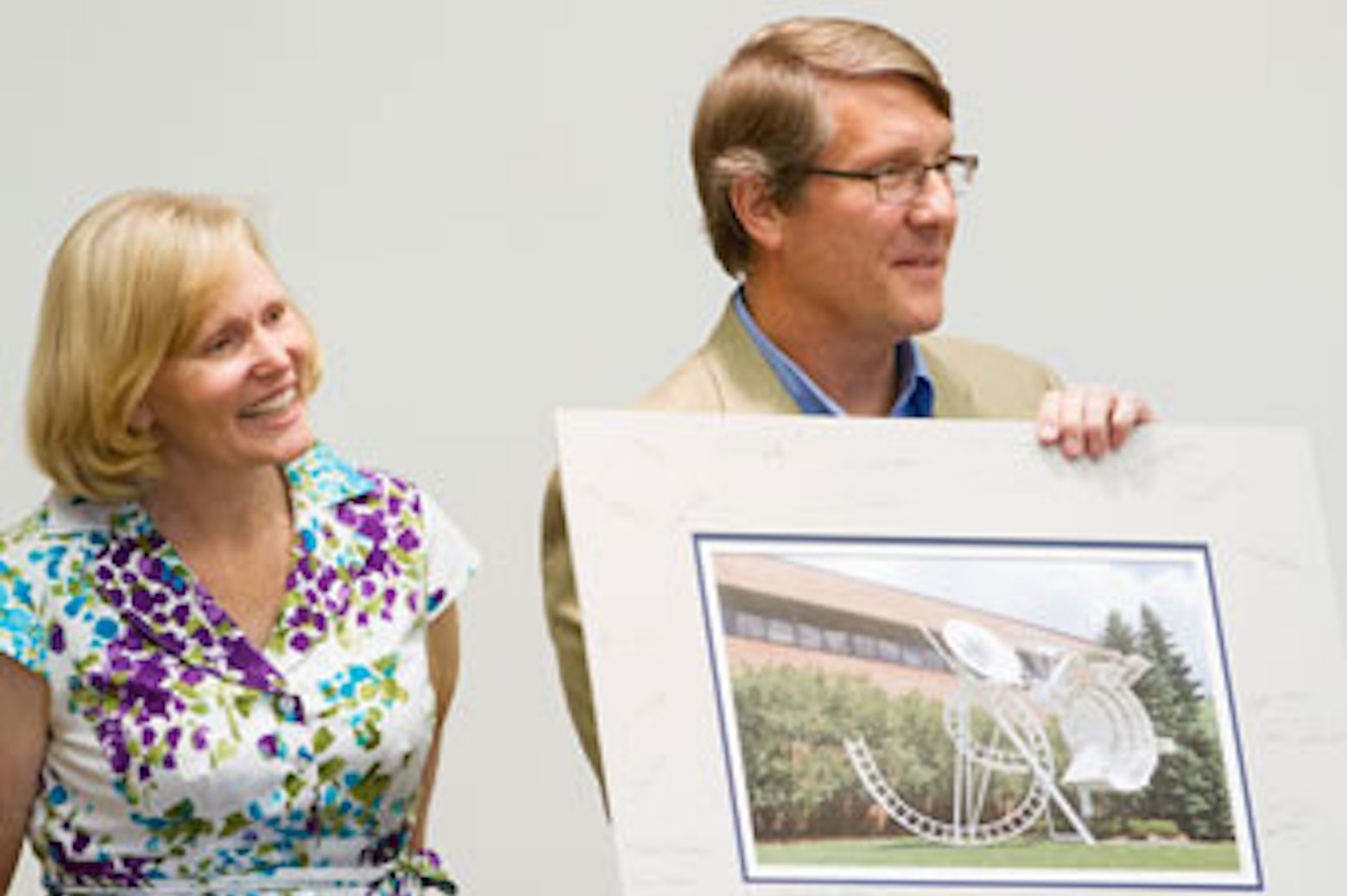 Professor Phillip Savage retired from the department this summer after 28 years at Michigan. While we were sorry to see him retire, we are excited for him as he joined the faculty at Penn State, his alma mater, as the Walter L. Robb Family Department Head of Chemical Engineering in August.

In 1986, then ChE chair Scott Fogler was responsible for bringing Phil to Michigan. After recently completing his doctoral degree at University of Delaware, Phil was ready to take a job in industry when he received a call from Scott. He persuaded Phil to come to Ann Arbor to talk about a position at Michigan and soon after was able to convince Phil that he should pursue an academic career and that the University of Michigan was the place for him.

Phil, an Arthur F. Thurnau Professor, has taken on many roles in the department through the years in addition to teaching and research. He served as the AIChE advisor, was a member of the Undergraduate Program Committee for many years, served as the graduate program advisor for five years, and most recently was interim chair of the department. Phil also oversaw a department review and led a strategic planning effort during his time here.

Through the years, Phil has been a sounding board for department chairs and other faculty. Ralph Yang, chair from 1995-2000, remarks that, “I sought advice from him often when I was chair. He provided me with many insightful suggestions about improving the department and I will always be grateful.” Scott Fogler says “Phil was uncanny in the way he would bring clarity and vision to many unfocused discussions in faculty meetings concerning key issues and the mission of our department. He was not only a mentor to his students but also to his fellow faculty members.”

Phil’s early research was in reactions in supercritical fluids but through the years he moved into the area of green chemical reactions and green energy harvesting. His work has provided advances toward reducing the environmental impact of chemical manufacturing and toward the production of renewable transportation fuels from algal biomass. Ron Larson, who was chair from 2000-2008, says, “Phil quickly built a top-flight research program in biofuels.” In 2009, he received a Michigan Green Chemistry Governor’s Award.

He taught at least a portion of every undergraduate course with the exception of Process Dynamics and Control and Fluid Mechanics. Ron says, “I very much appreciated Phil’s attitude towards departmental teaching and other duties. When asked about what course he was willing to teach, Phil would reply that while he had preferences, he would teach any course to which he was assigned. His teaching is predictably excellent; he always does a great job, earning the high honor of being named a Thurnau Professor.”

Most recently, he had been teaching primarily graduate courses. Stacy Ramacharan, a third-year PhD student who took the graduate reactor engineering course with him in 2013, says, “He was an excellent teacher, giving thorough explanations and going through his thought processes out loud so that students could follow his logic. It was clear that the students were his priority.” She adds, “It is unusual to find professors like Phil, who are also mentors and excellent teachers.”  Molly Kozminsky, another third-year PhD student in the class, remembers that Phil was able to engage the whole class regardless of students’ backgrounds with the material. “He clearly enjoyed interacting with us; teaching was not a rote activity for him,” she says.

As an advisor to students in his research group, Phil has mentored nearly 30 PhD students through the years, not to mention countless undergraduate students who worked in his lab. Not only did Phil guide his students through their doctoral studies, he also provided them with many examples of how to conduct themselves when they began their careers. “As a member of Phil’s group, I always felt supported yet free to explore. This environment enabled his students to be very productive,” Jennifer Dunn (PhD ’04), Energy Systems and Sustainability Analyst at Argonne National Laboratory, says. “He is still a role model for me a decade after I left his lab.”

Jake Dickinson (PhD ’14), recent graduate and Principal Investigator at Dupont, voices a similar assessment of Phil’s style, “He had an adept sense of when to leave students alone to think, experiment, and be creative, yet he also knew when to provide guidance and direction. Without Phil as my advisor, my graduate school experience would have been longer, more frustrating, and less productive.“

Alumni of his group also appreciated how he helped them improve their cognitive skills. “Phil taught us to not only bring questions but to also bring answers. You always needed to be ready for a ‘well what do you think?’ question,” recalls Shawn Hunter (PhD ’05), Sustainability and New Business Development Leader at Dow Chemical and Adjunct Professor in the department. “This expectation pushed us to think critically and independently. He was able to teach us important skills that will continue to pay dividends throughout our careers.”

Phil managed to make graduate school a little less stressful for his students because of this ready availability to his students. Peter Valdez (PhD ’13), Chemical Engineer at Algae Biosystems, LLC, recalls, “If I had a question or needed assistance, I would check to see if his door was open, and it usually was. Even my late-night email questions received prompt responses from him.” Shujauddin Changhi (PhD ’12), Research Engineer at Eli Lilly, appreciated that Phil not only made it possible for his students to enjoy the day-to-day work in the lab but that he also encouraged them to participate in extracurricular activities to balance their intense work schedules.

The University recognized Phil several times for his dedication to his students at all levels. He was named an Arthur F. Thurnau Professor in 1997, for his “outstanding contributions to undergraduate education,” and nearly a decade later he was an inaugural recipient of Rackham Graduate School’s Distinguished Graduate Mentor Award.

We wish Phil well as he and his wife, Elaine, move back to their home state and the university where they met. He won’t be severing all ties with the University though. In addition to advising his current group members until they complete their PhDs, the Michigan Regents recently named him Arthur F. Thurnau Professor Emeritus and Professor Emeritus of Chemical Engineering.

If you would like to send a message to Phil as he starts this new phase in his life, you can still reach him at psavage@umich.edu.