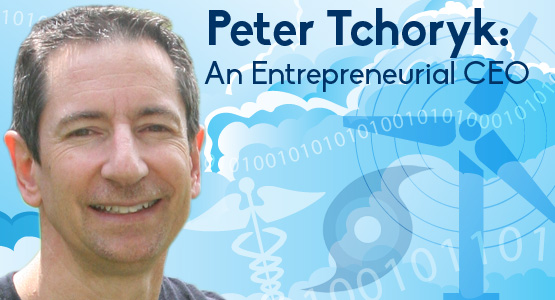 IMAGE:  "A lot more skills, like teamwork, overcoming adversity, and communication, go into engineering than we realize." Peter Tchoryk

On July 20, 1969, the young son of a machinist watched in awe as the fuzzy black and white images of the Apollo 11 lunar landing danced across the television screen. “My interest in science and creating things was driven by that event,” said Peter Tchoryk, who is now CEO of the Michigan Aerospace Corporation (MAC).

At MAC, Peter’s been able to combine his passions for scientific research and entrepreneurial creation, helping to launch three MAC spin-off companies to date.

“I enjoy creating,” Peter said. “My passion is in seeing an opportunity to create a company or product, and adapting quickly to changes and adversity to solve complex problems. Entrepreneurship is an act of creation.”

Peter’s research career began at the Environmental Research Institute of Michigan (ERIM). After 11 years in R&D, Peter left to become the first employee hired at MAC in 1996.

The primary goal of the company, founded by U-M faculty members Len Fisk and Paul Hays, was to improve weather forecasting by developing technology that could measure the winds of the upper atmosphere. MAC is currently collaborating with NASA to send laser-based atmospheric measurement systems to the International Space Station in September. It also built a system that will be flying on a Global Hawk (an unmanned aerial vehicle) to help forecast and track hurricanes.

MAC was ranked 13th on the Michigan Innovation Index in 2013

Today, MAC applies their technologies to a wide array of applications, including Light Detection and Ranging (LIDAR) instruments for remote sensing of wind, temperature, and density from ground, air, and space, Environmental Sensing, Big Data Exploitation, and Energy. It has also evolved from being primarily an R&D company to one with a strong emphasis on commercializing technology.

Peter has been responsible for launching the MAC spin-offs – OptoAtmospherics, and Springmatter, both based in Ann Arbor. He remains actively involved in the companies as either CEO or President.

Springmatter, founded in 2014, is the realization of Peter’s dream to invest in entrepreneurs and entrepreneurial activities dedicated to improving the world. It is uniquely suited to those companies whose products, like MAC’s, have a long incubation period.

“Some valuable technologies have problems being funded either because there is a long time to market, or because the potential market is not very large, yet the technology being developed is important and may solve a difficult social problem,” explained Peter.

Springmatter offers an alternative to the traditional VC investment model by concentrating on in-kind assistance, though funding may also be part of the investment. For example, in addition to specialized R&D, the company may provide fundraising assistance, use of their facilities, low-rate manufacturing, or even administrative assistance. And it offers the backing of MAC’s resources to help small companies get over the hump to become independent, sustainable entities.

“Springmatter is trying to find solutions for complex problems and promote meaningful, sustainable companies and products,” Peter said. “This is what I want to do, and it is the best way I can think of to make the biggest impact.” 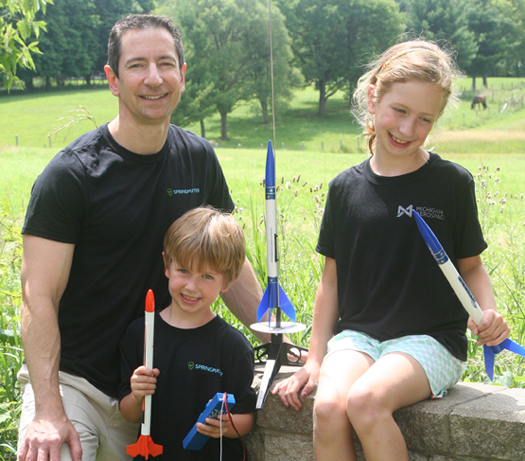 IMAGE:  Peter with his two youngest children, Jacq and Sydney. Peter and his wife, Sarah, have three children including Jessie (not in the photo). He is grateful for all three children's creativity and appreciation for the world around them.
Explore:AlumniEECS: Electrical and Computer EngineeringElectrical Engineering and Computer ScienceSpaceBig DataEnergyEntrepreneurshipSensors and SensingSpace Weather