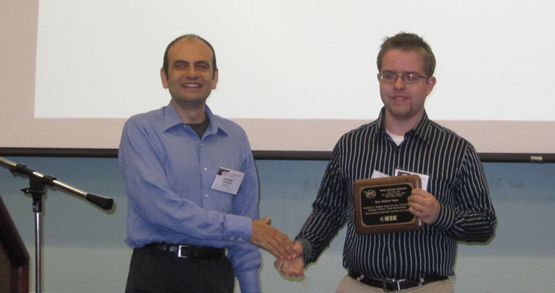 According to Thomas, lasers emitting in the 600nm wavelength range have important applications in medicine, optical information processing, plastic fiber communication systems, optical storage, and full color laser displays and laser projectors. Red lasers, which stand at the upper end of the wavelength spectrum compared to blue and green, are currently realized, but with different materials than used in the current research. 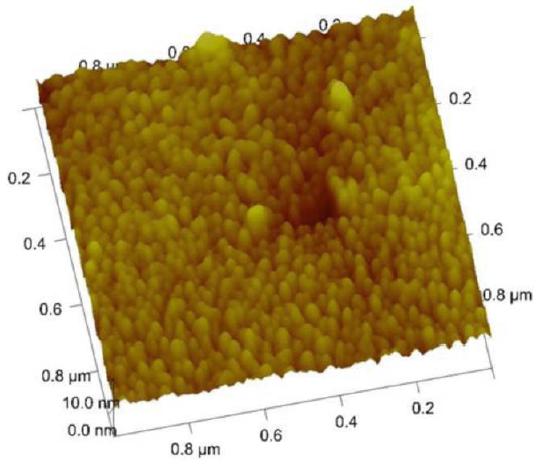 IMAGE:  A quantum dot layer grown in the lab by molecular beam epitaxy.

“This paper is the first report of a red laser using the nitride material system, which is capable of producing the best lasers at that wavelength (λ = 630 nm)” said Thomas. “We use InGaN/GaN quantum dots which allow us to obtain emission across the visible spectrum. These lasers operate at much lower threshold than quantum well-based lasers, which can only operate at shorter wavelengths (blue and near green). We’re currently working on improving the performance of the red lasers for use in practical devices such as heads-up windshield displays in cars.”

“With this technique, we can make all the colors (red, blue, and green) with a single material system.”

Epitaxial growth and fabrication of the quantum dot lasers were done in the Lurie Nanofabrication Facility.

Thomas was presented with the award at the 72nd Device Research Conference, held June 22-25, 2014. Co-authors on the paper were Animesh Banerjee, Dr. Kai Sun, Prof. Shuh Lien Chuang, and Thomas’ advisor, Pallab Bhattacharya, who is the Charles M. Vest Distinguished University Professor and James R. Mellor Professor of Engineering. The conference is sponsored by IEEE and the Electron Devices Society.