EECS: Electrical and Computer Engineering
July 3, 2014
This award is in recognition of being an outstanding educator, mentor and role model for the next generation of faculty members.| Short Read
Enlarge 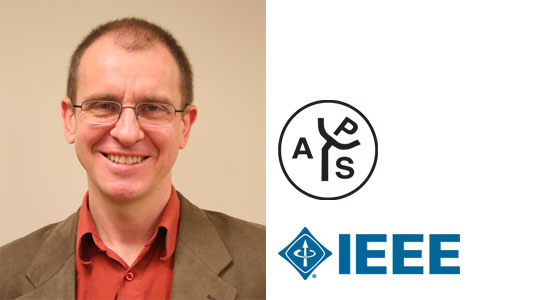 Eric Michielssen, Professor of EECS, Associate Vice President for Advanced Research Computing, and Director of the Michigan Institute for Computational Discovery and Engineering, has been awarded the 2014 IEEE Antenna and Propagation Society Chen-To Tai Distinguished Educator Award, “In recognition of being an outstanding educator, mentor and role model for the next generation of faculty members.”

“I am honored to receive this award,” stated Prof. Michielssen. “I met Chen-To Tai early in my career when I was doing somewhat controversial work on genetic algorithms. He was very encouraging and that meant a lot to me. And now, as a faculty member at Michigan, I appreciate the additional connection.” Prof. Chen-To Tai, one of the most respected and influential scientists in electromagnetics and antenna theory, joined the department as a faculty member in 1964, and remained active long after his official retirement in 1986.

His fundamental research is being applied to diverse areas, ranging from antenna design and the mitigation of electromagnetic interference to the analysis of bio-electromagnetic effects. For example, his group has been developing numerical tools for analyzing and modeling the electromagnetic interference that occurs when communicating between ground stations and satellites in space. The goal is to alleviate the communications blackout that occurs in certain circumstances when vehicles are traveling through the earth’s atmosphere.  Also, in collaborative work with Professors Luis Hernandez-Garcia and Tony Grbic, he developed an improved method for non-invasive brain probing using transcranical magnetic stimulation. This research is expected to result in improved treatment for depression and other mental illness.

Prof. Michielssen is an inspiring teacher. His courses and teaching style are rated at the top of the scale by students. His graduate students have earned more than 10 Best Student Paper awards, and they also have earned prestigious national fellowships. Fourteen of his former students and postdocs occupy faculty positions of their own.

Along with his students, Prof. Michielssen has authored more than 500 journal and conference publications. In addition, he has written 11 books chapters and five books, including the popular textbook, Applied Electromagnetics which he co-authored with Prof. Fawwaz Ulaby.

Prof. Michielssen previously received the prestigious URSI Booker Fellowship and Issac Koga Gold Medal. He is an IEEE Fellow, a member of the National Academy Committee on Mathematical Foundations of Uncertainty Quantification, Validation, and Verification, and is Editor-in-Chief of the International Journal of Numerical Modeling: Electronic Networks, Devices and Fields.

He received his bachelor’s and master’s degrees from Katholieke Universiteit Leuven in Belgium, and his Ph.D. from the University of Illinois at Urbana Champaign (UIUC), all in electrical engineering. He was a faculty member at UIUC before coming to Michigan in 2005.

Prof. Michielssen will be presented with the award July 9, 2014, at the IEEE International Symposium on Antennas and Propagation / USNC-URSI Radio Science Meeting in Memphis. TN. 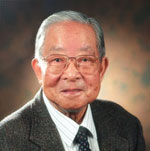 The Chen-To Tai Distinguished Educator Award was established in 2000 by the IEEE Antennas and Propagation Society to recognize outstanding career achievements by a distinguished educator in the field of antennas and propagation.