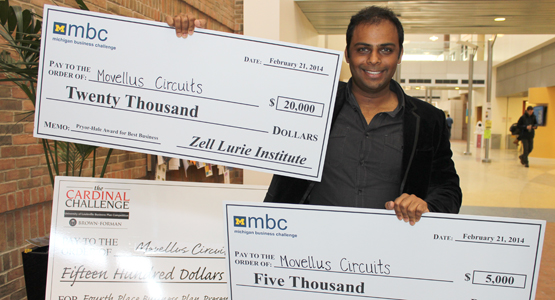 IMAGE:  Every microprocessor needs a clock generator. This entrepreneur says he can design a better clock for most any application, and do it faster than anything available today.

Muhammad Faisal came to Michigan knowing he wanted to start a company. About to graduate with his PhD in electrical engineering, he’s been participating in business competitions along with his teammate, Daniel Andersen, a current MBA student at Ross Business school. They’ve been making some great headway lately by winning the 2014 Michigan Business Challenge.

The company is currently called Movellus Circuits, and its product is a patent-pending clock generator technology that is smaller, cheaper and faster than existing solutions. Faisal’s technology also makes it possible to shrink the design time by 80%, allowing for a much faster time to market.

Muhammad has designed his clock generators to work in three areas so far: Bluetooth, wireless wearable electronics, and microprocessors for the Internet-of-Things (IoT) – a term referring to the interconnectedness of all objects enabled through networked microelectronics. The clock that he designed for IoT applications consumes just nano-watt levels of power.

“The clock generator is the heartbeat of the microprocessor,” Muhammad explains. “Every chip is dependant on this.” So basically, Muhammad has developed technology that everyone in the IoT’s anticipated trillion devices market.

When Faisal formally incorporates his company, he will be a co-founder with his advisor, Prof. David Wentzloff, an expert in RF circuits and systems for applications such as all-digital radios, wireless body sensor networks, and radios and interfaces for the millimeter-scale class of computers.

Movellus will license its designs to other semiconductor companies, a business model that has proven to be highly successful for companies such as ARM and Rambus.

He feels confident about his chances with Movellus, even more so after taking entrepreneurship courses at Michigan, and then entering the Michigan Business Challenge.

“I was happy to discover that many companies that win the competition are EECS companies,” said Muhammad. One such company is Ambiq Micro, which won the same award in 2010 and is doing extremely well.

Muhammad has already been in contact with several large companies that are interested in what he’s doing. Thanks to grants he’s already received, he’ll be here at Michigan post graduation, doing market research, customer discovery, and perfecting the technology. 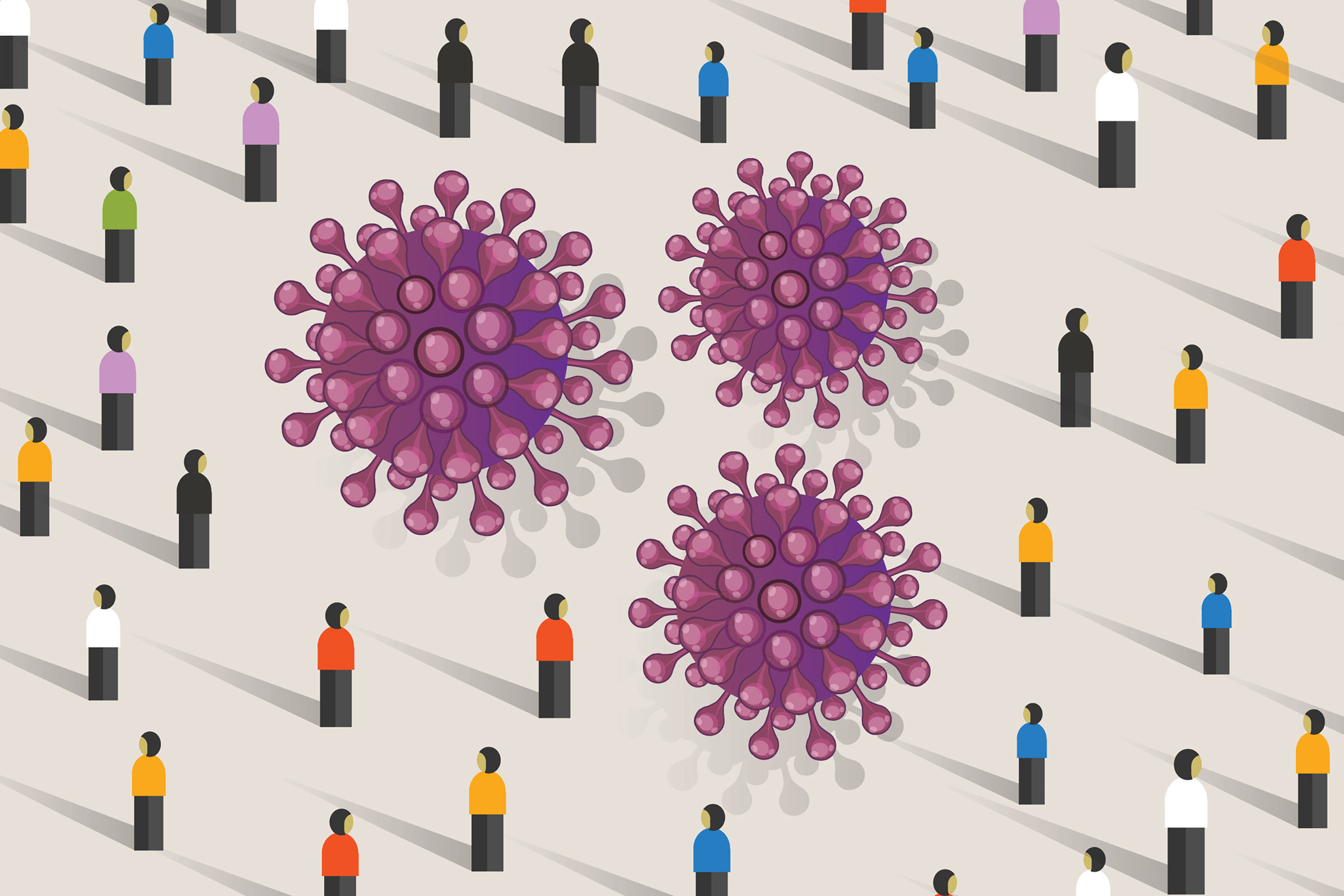 Prof. Alfred Hero speaks to ECE about his work using data to predict the transmission of infectious disease among people who are pre-symptomatic or asymptomatic and how it relates to COVID-19. | Medium Read