EECS: Electrical and Computer Engineering
March 7, 2014
Dawson is thrilled that his work on Kinect has bred creativity and enhanced lives beyond video games.| Medium Read
Enlarge 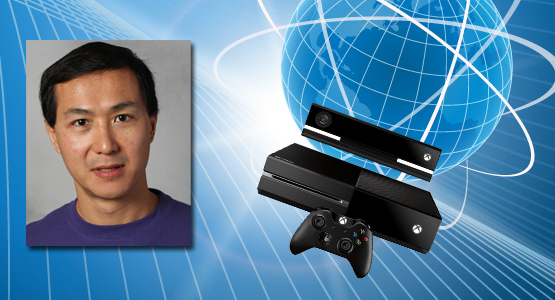 IMAGE:  "I'd rather create inventions than write the patents." Dawson Yee (author of 81 patents to date)

Dawson Yee (MSE EE ’87) was the Hardware System Engineer and Architect for Xbox 360 Kinect and Xbox One Kinect.  Xbox 360 Kinect became the best-selling product in consumer electronics history – selling more than eight million units its first holiday season and extending the capabilities of Xbox well beyond a pure gaming machine. To bring about a high-quality product that had never been done before, Dawson said he found himself going back to some of the basics he learned 20 years earlier at Michigan.

“Both versions of Kinect have high precision optical, thermal, mechanical, and electrical sub-systems – all of which have to come together and work in harmony. It also has to be reliable, safe, and affordable,” said Yee, who was responsible for balancing all of these elements and overseeing the hardware design that made it possible.

But it can do more – and it is up to other creative developers to exploit its potential.

Some of Dawson’s favorite (non-Xbox) Kinect applications came out of medicine. Doctors in Toronto are utilizing Kinect to manipulate X-ray images without having to touch a computer – thereby helping mitigate contamination. Other medical uses involve using Kinect for physical therapy and rehabilitation.

Some other interesting uses have included Nordstrom stores using Kinect for an interactive store window display, and scientists investigating using Kinect to determine the mass of astronauts aboard the International Space Station.

Dawson is thrilled that his work on Kinect has bred creativity and enhanced lives beyond videogames. “The Kinect projects are really great,” he said, “because the knowledge I’m applying is contributing to a greater good.”

He continued driving Kinect through its second generation, released November of 2013, and says he is now working on new projects and incubating new ideas.

Dawson considers it a duty to give back, and he does so in many aspects of his life. He bicycles 8.5 miles each way to work every day. He loves it, but he also appreciates saving the environment from the impact of yet one more car.

At work, Dawson shares the wisdom gained from past experiences by mentoring employees, and helping them break down difficult problems to find solutions. 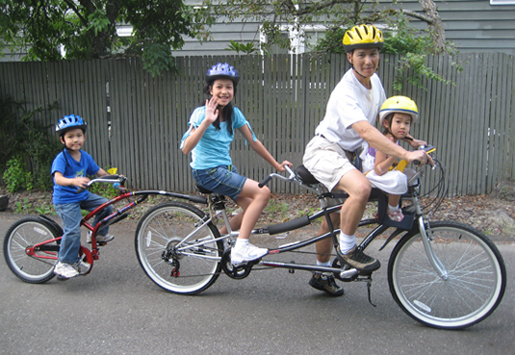 IMAGE:  Dawson Yee and his children out for a bike ride

And joining the Victors for Michigan campaign, Dawson and his wife Wendy have pledged a generous gift to support ECE. “I look at the choices I have, and when I wonder why they exist, I think a lot of it has to do with knowledge.” said Dawson, who believes that:

Especially for students: Will I ever use that class?

Students taking yet another of their required classes may wonder, “Will I ever use this in real life?”
Dawson Yee enjoyed and hoped to build upon those semiconductor courses he took as a graduate student at Michigan. “The solid-state optics work I did was never put to deep use during my ten years at Intel,” said Dawson, who joined the company after graduating with his master’s degree in 1987.
While at Intel, he worked on (16 MHz 80386SX) PC systems as a Hardware Design Engineer, helped assess upcoming new technology companies, was Chief Architect for Family Room computer systems, and ultimately became the Engineering Manager for System Hardware Architecture in their Mobile Products Group.

After ten years he moved to Microsoft, looking for new adventures. He continued working on hardware at Microsoft, which aligned with his passions and strengths.

81 patents granted and in application

Dawson Talks about the first Kinect

How Microsoft engineered Kinect to withstand gamers and lightning strikes