Babak Parviz: The visionary behind the glass 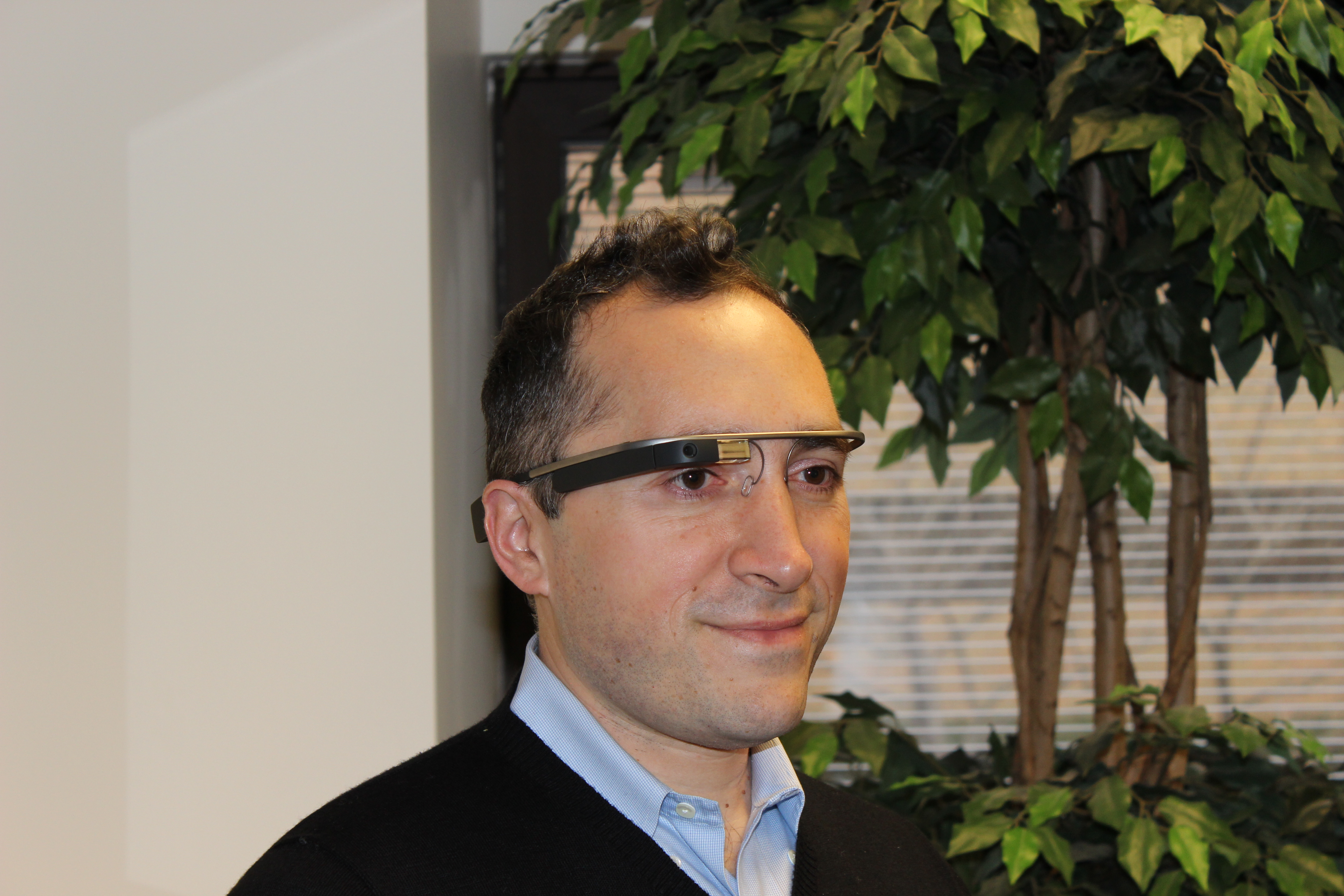 Google Glass is compact, lightweight, and while resting on your nose, will guide you to your destination, allow you to have phone conversations, take photos and video, get information, and share your experiences with others in unprecedented ways.

Glass is the first device that allows us to truly see the world through another person’s eyes.  Last year, at a Glass demo in San Francisco, skydivers jumped from an airship parked above the Moscone Center while live-streaming video from their Google Glasses.  Looking back at the demo, Babak says, “It was magical to experience the moment live, through that person’s eyes, at the very moment he was experiencing it.”

With Google Glass, computing has become not only portable, but wearable. Accomplishing this feat required some of the smallest and most advanced micro-optic, sensory and computing technology currently available. And it’s only getting smaller. 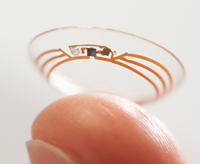 Yet another leap forward has been taken with Babak’s smart contact lens, the result of years of research into incorporating micro devices into contact lenses. The prototype glucose monitoring contact lens, developed with his colleague at Google, Dr. Brian Otis, measures the glucose level of the fluid in the eye as often as once per second and sends out that information wirelessly. Devices of this kind are highly anticipated by diabetic sufferers who typically endure multiple needle-pricks a day to monitor their blood glucose levels.

Dr. Parviz conducted research into the smallest of microsystems during his years as a graduate student at Michigan. He arrived at the University of Michigan in the early ‘90s after earning his B.S. in Electronics from Sharif University of Technology in Tehran.  The field of MEMS development was growing exponentially, and he felt privileged to be at one of the few facilities where it was possible to move beyond theory and actually test what was feasible on ever-smaller scales.

“We had the perfect combination of smart people, mentorships, good colleagues, good students, and also the wherewithal, the experimental facilities to really explore and make big things happen,” said Babak. He explored tirelessly, often catching a few winks in the BlueLounge or his office in order to spend as much time as possible in the lab.  While at Michigan, Babak received master’s degrees in Electrical Engineering and Physics before going on to earn his Ph.D. in EE under the guidance of Professor Khalil Najafi.

In 2001, after a stint at a photonic device start-up company, Babak pursued a postdoctoral research fellowship in Chemistry and Chemical Biology at Harvard. He began researching organic self-assembly as a means of producing nano-scale devices.

Babak’s work in self-assembly continued after he became a faculty member in the University of Washington Electrical Engineering Department.  His group began applying self-assembly to develop production techniques for the fabrication of inorganic and orgnic, nano-scale devices and systems. In 2009, he made headlines with his bionic contact lens prototype, complete with LEDs and circuitry [See his article in IEEE Spectrum, 2009]

In early 2010, Babak took his innovative vision for seamlessly integrating technology into the human experience to Google. His work there is allowing him not only to take the next historic step in the evolution of computing and communication technology, but to actually improve people’s lives. For Babak, that makes all the difference.

What does it mean to know something?

Today’s smart phones have accelerated our access to information.  A smart phone is capable of giving us answers within seconds, if the wireless connection is fast enough.  Babak believes that someday, “we will get to the point where we can get the information so fast, we begin to feel that we know it off the top of our head.”  Such a step would constitute a paradigm shift in what it means to “know” something, and could fundamentally alter the way we solve problems, perhaps even change the way we think.

Babak Parviz returned later in 2014 as the CoE Alumni Society Merit Award winner for ECE. This video was recorded after his talk.
Explore:AlumniEECS: Electrical and Computer EngineeringElectrical Engineering and Computer ScienceHealthElectronics + DevicesErgonomics and Human FactorsHealth Care