by Nicole Casal Moore
Michigan Engineering
September 22, 2013
Bothered by seeing glass bottles and aluminum cans in the trash even when a recycling bin is close by, classmates Zachary Lawrence, Joshua Drubin and Andres Toro arrived at MHacks with an idea for a single-stream receptacle. | Medium Read

Organized by Michigan Engineering students and held at the U-M stadium, the event drew a record 1,214 people from roughly 100 schools across the country. The team that made “GreenCan” came by bus from the University of Maryland. The students were one of the few groups to make a physical object, rather than an app or a web tool.

Bothered by seeing glass bottles and aluminum cans in the trash even when a recycling bin is close by, classmates Zachary Lawrence, Joshua Drubin and Andres Toro arrived at MHacks with an idea for a single-stream receptacle. The bin they built has a swing top that pivots in a different direction based on the sound an object makes when it hits it.  Ping-y cans and bottles end up on one side of a partition and thud-y foam cups on the other, for example.

“I never dreamed of coming here and actually winning,” Drubin said. “It feels unbelievable” – even on six hours sleep total for the past two nights. The GreenCan guys took a cat nap approach, slumbering for 30-minute stints every five hours.

The $3,000 second place went to team Save My Glass, a “head-up” driving display for Google Glass devised by Mike Huang and Austin Feight, juniors in computer science and engineering at U-M. Save My Glass would essentially project a car’s dashboard information through the Google Glass so the driver wouldn’t have to look down to see it. The tool could also use the Glass’s blink sensor to determine if the driver had fallen asleep at the wheel, and if so, vibrate to wake him up. Finally, the tool could use the Glass’s motion sensors to detect a crash and, if one occurred, dial 911.

Google was one of the event’s many sponsors. Baris Yuksel, a senior software engineer there who came from New York to serve as a mentor, was inspired by the hackers’ passion and energy.

Yuksel thanked MHacks organizers who chartered buses to and from schools across the country, and arranged for those beyond driving distance to get airline stipends in order to bring so many students together to create. MHacks organizers urged participants to pay it forward, in a sense.

“Go home and spread the culture at your schools,” he continued. “We saw so many problems solved in 36 hours! Imagine what we can do in a month, or a semester.” 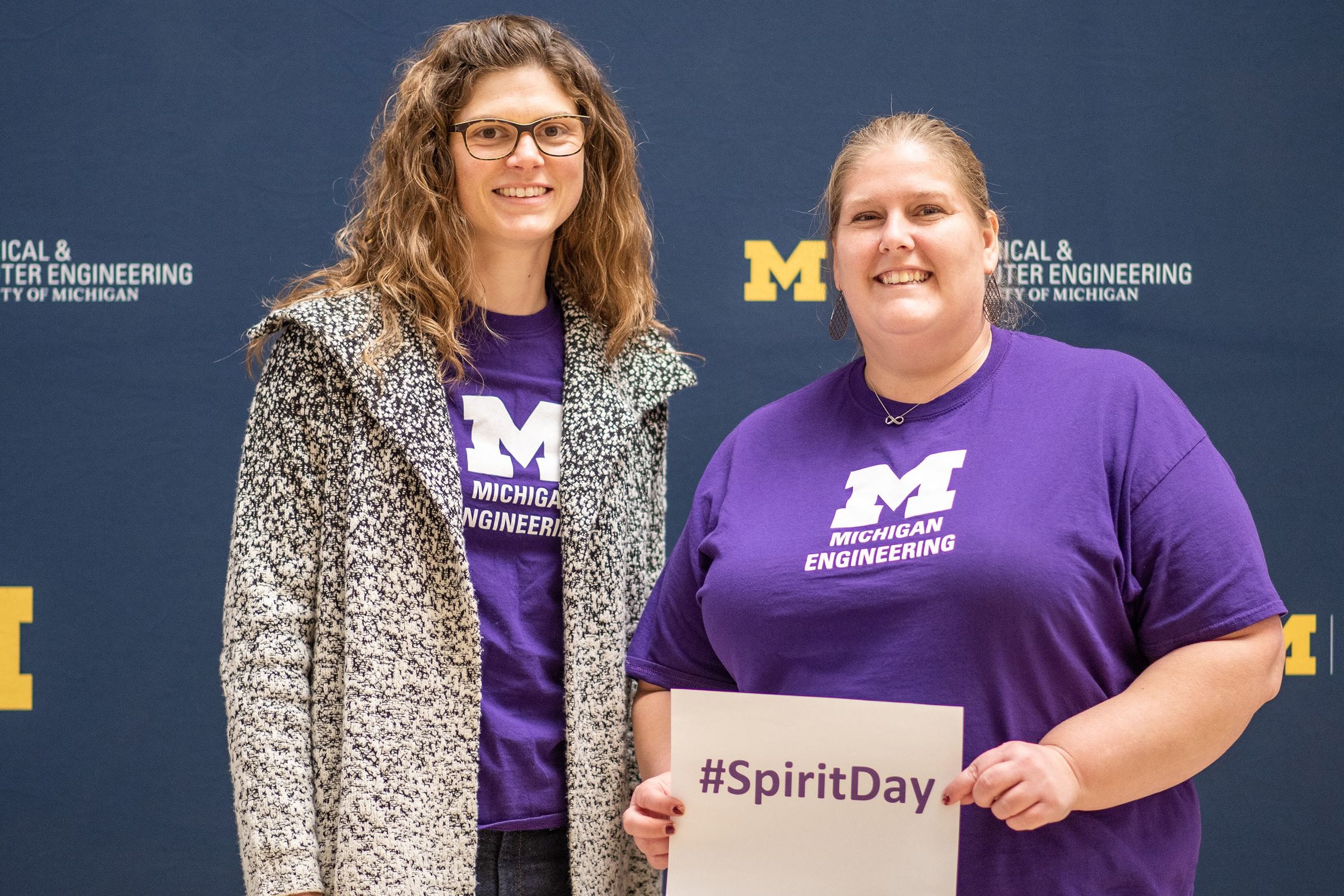 Faculty, students, and staff came together in solidarity with the LGBTQ+ community for the world-wide anti-bullying campaign. | Medium Read 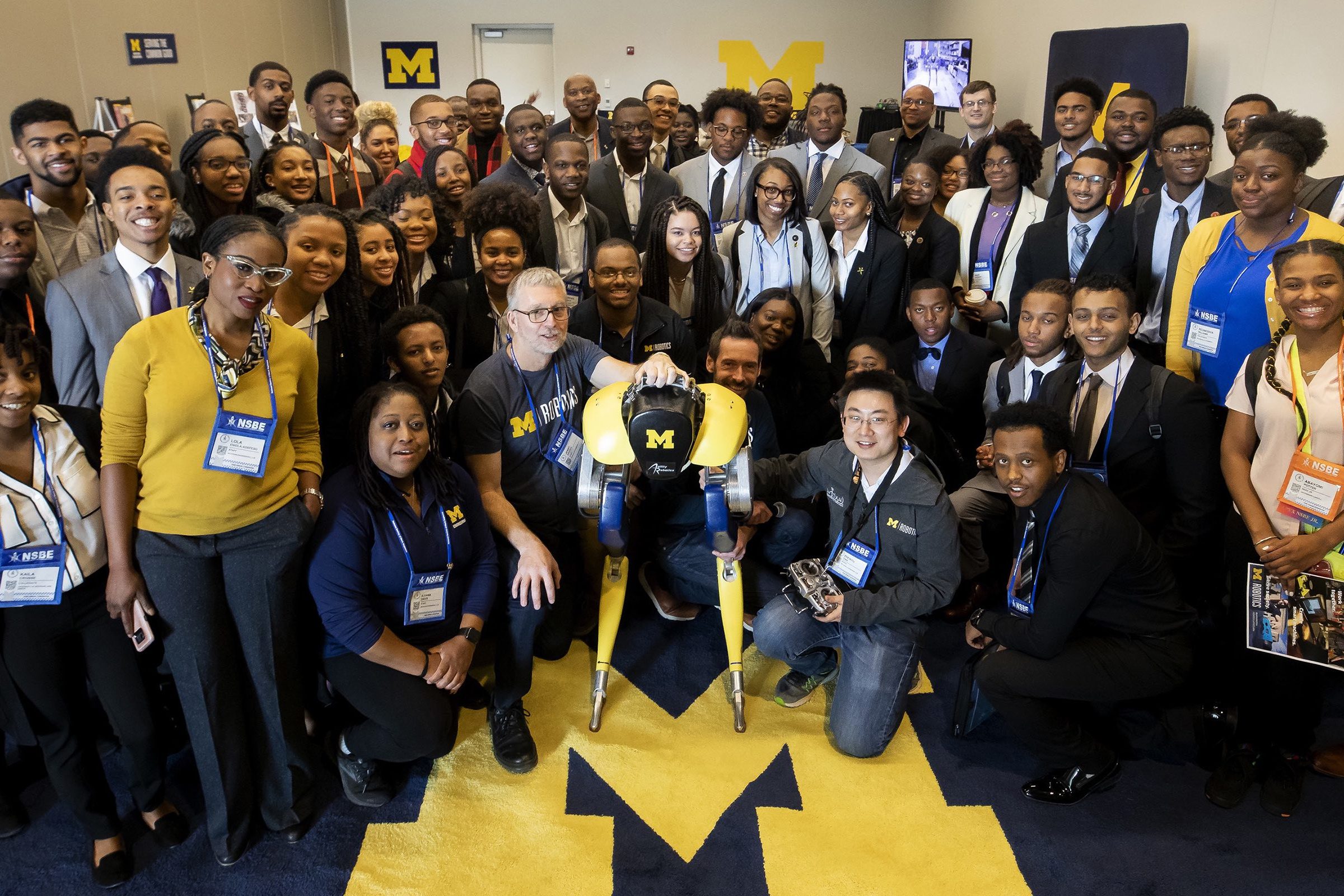 Black Engineers convention comes to Detroit and ECE is there to welcome the record-breaking 14,000 attendees

At this year’s convention for the National Society of Black Engineers, U-M professors, students, and alums came together with the other attendees to share experiences, offer career advice, and explore how to improve society.| Medium Read 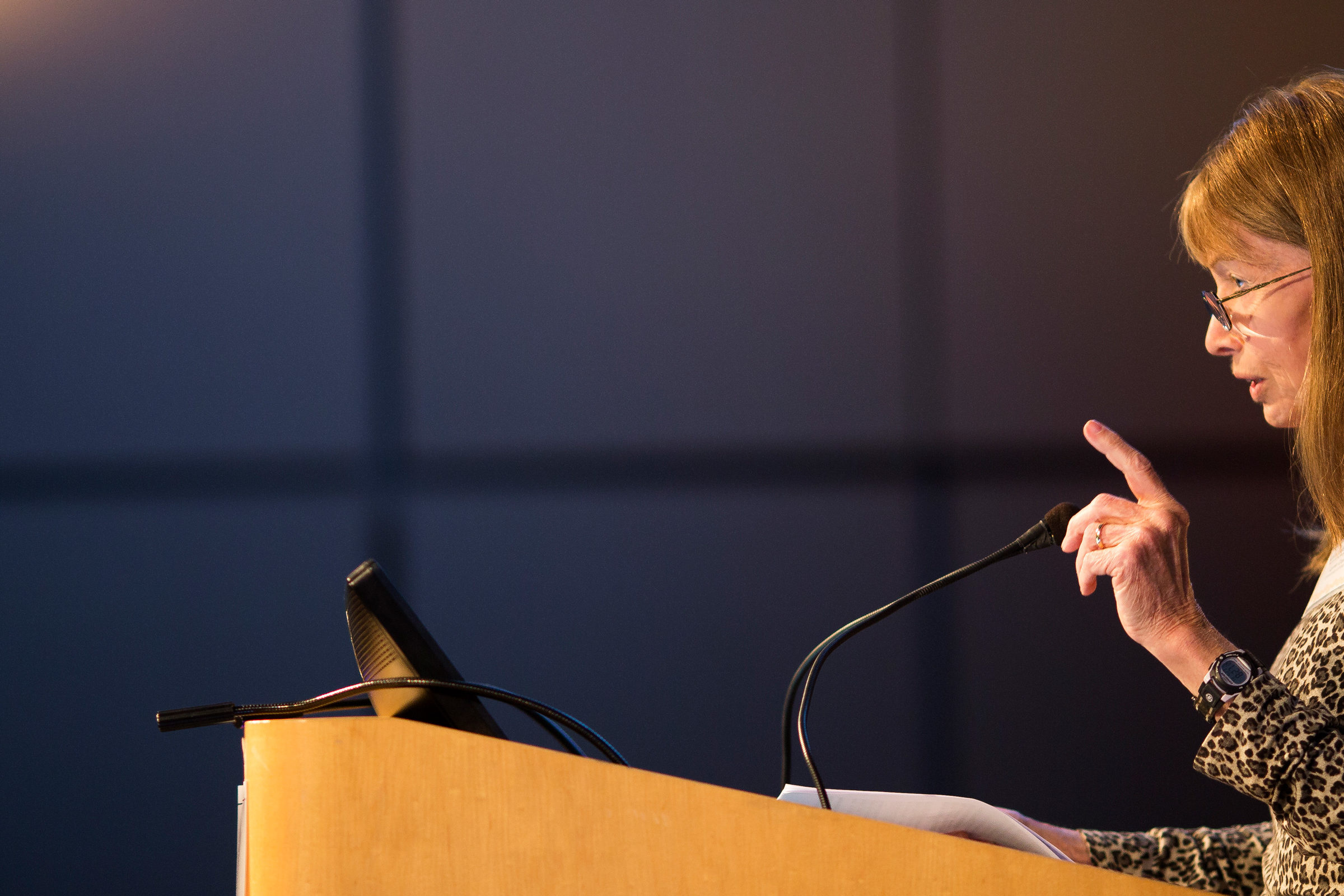