Two teams earned prizes in the graduate level course, EECS 556: Image Processing, thanks to the sponsorship of KLA-Tencor. The course, taught this past term by Prof. Jeff Fessler, covers the theory and application of digital image processing, which has applications in biomedical images, time-varying imagery, robotics, and optics. The judges this year were Eliezer Rosengaus and Kenong Wu from KLA-Tencor. 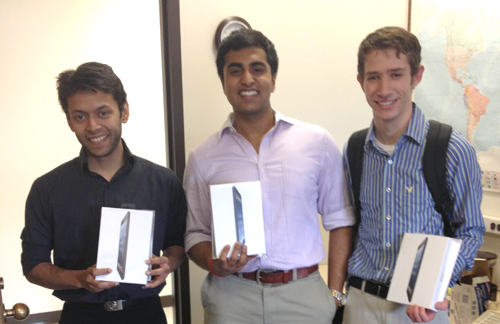 IMAGE:  Yash Shah, Gopal Nataraj, and Brandon Oselio took first place for their final project in EECS 556. They are pictured here with their prizes from KLA-Tencor - iPad minis.

In magnetic resonance (MR) imaging, acquiring data in Fourier space is a time-consuming step. It is thus desirable to reduce the amount of Fourier data acquired, yet preserve image quality as best as possible. Previous methods such as Partial Fourier (PF) and Partial Parallel (PP) imaging introduce phase artifacts and noise amplification, respectively. In this project, these methods are combined in a Partial Fourier, Partially Parallel (PFPP) framework (Bydder, 2005). By controlling the balance between undesirable artifacts introduced through PF and PP imaging alone, Fourier data is capable of being undersampled more aggressively, for a given tolerance of error. Higher acceleration factors allow for faster acquisitions, increasing patient comfort and reducing scan costs. 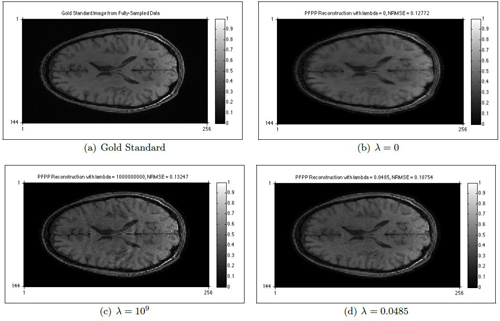 In this project, the team attempted to improve weaknesses in the image processing technique known as frame rate up conversion (FRUC). FRUC methods that employ motion have been proven to provide better image quality compared to non-motion-based methods. However, while motion-based methods improve the quality of interpolation, artifacts are introduced in the presence of incorrectness in motion evaluation. The team attempted to design an optimal temporal interpolation filter for motion compensated FRUC (MC-FRUC) in order to improve the results. They were able to improve the clarity of the final image by up to 0.6dB in peak signal-to-noise ratio compared to an image created with an averaging filter which does not use motion-compensated methods. 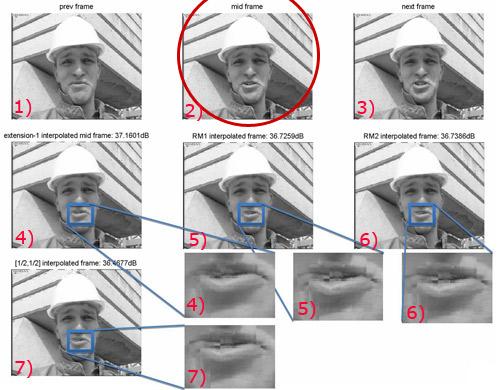