EECS: Electrical and Computer Engineering
April 12, 2013
The new device improves upon the current technology and is much easier to make.| Medium Read
Enlarge 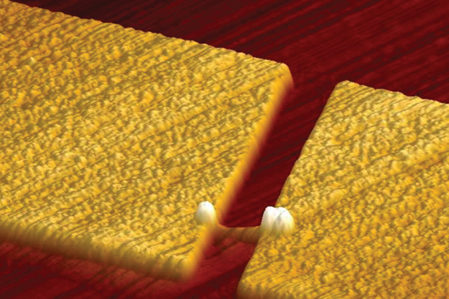 IMAGE:  A silicon-based single-photon emitter developed by Prof. Pallab Bhattacharya and his group is simpler and more efficient than those currently available, and can be made using traditional techniques.

ANN ARBOR—In a development that could make the advanced form of secure communications known as quantum cryptography more practical, University of Michigan researchers have demonstrated a simpler, more efficient single-photon emitter that can be made using traditional semiconductor processing techniques. 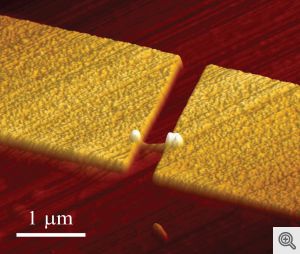 Single-photon emitters release one particle of light, or photon, at a time, as opposed to devices like lasers that release a stream of them. Single-photon emitters are essential for quantum cryptography, which keeps secrets safe by taking advantage of the so-called observer effect: The very act of an eavesdropper listening in jumbles the message. This is because in the quantum realm, observing a system always changes it.

For quantum cryptography to work, it’s necessary to encode the message—which could be a bank password or a piece of military intelligence, for example—just one photon at a time. That way, the sender and the recipient will know whether anyone has tampered with the message.

While the U-M researchers didn’t make the first single-photon emitter, they say their new device improves upon the current technology and is much easier to make.

“This thing is very, very simple. It is all based on silicon,” said Pallab Bhattacharya, the Charles M. Vest Distinguished University Professor of Electrical Engineering and Computer Science, and the James R. Mellor Professor of Engineering.

Bhattacharya, who leads this project, is a co-author of a paper on the work published in Nature Communications on April 9.

Bhattacharya’s emitter is a single nanowire made of gallium nitride with a very small region of indium gallium nitride that behaves as a quantum dot. A quantum dot is a nanostructure that can generate a bit of information. In the binary code of conventional computers, a bit is a 0 or a 1. A quantum bit can be either or both at the same time.

The semiconducting materials the new emitter is made of are commonly used in LEDs and solar cells. The researchers grew the nanowires on a wafer of silicon. Because their technique is silicon-based, the infrastructure to manufacture the emitters on a larger scale already exists. Silicon is the basis of modern electronics.

“This is a big step in that it produces the pathway to realizing a practical electrically injected single-photon emitter,” Bhattacharya said.

Key enablers of the new technology are size and compactness. 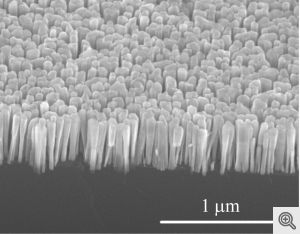 “By making the diameter of the nanowire very small and by altering the composition over a very small section of it, a quantum dot is realized,” Bhattacharya said. “The quantum dot emits single-photons upon electrical excitation.”

The U-M emitter is fueled by electricity, rather than light—another aspect that makes it more practical. And each photon it emits possesses the same degree of linear polarization. Polarization refers to the orientation of the electric field of a beam of light. Most other single-photon emitters release light particles with a random polarization.

“So half might have one polarization and the other half might have the other,” Bhattacharya said. “So in cryptic message, if you want to code them, you would only be able to use 50 percent of the photons. With our device, you could use almost all of them.”

This device operates at cold temperatures, but the researchers are working on one that operates closer to room temperature.

The paper is titled “Electrically-driven polarized single-photon emission from an InGaN quantum dot in a GaN nanowire.” The first author is Saniya Deshpande, a graduate student in electrical engineering and computer science. The work is supported by the National Science Foundation. The device was fabricated at the U-M Lurie Nanofabrication Facility.