How crud forms on nuclear fuel

by Kate McAlpine
Michigan Engineering
November 27, 2012
An ambitious project to build a complete, 3D computer model of how nuclear power reactors operate and degrade is only halfway through its first five years, but already the new software is tackling real-world problems.| Medium Read

An ambitious project to build a complete, 3D computer model of how nuclear power reactors operate and degrade is only halfway through its first five years, but already the new software is tackling real-world problems. By drawing multiple physical and chemical phenomena together into one computer program, Michigan engineers and collaborators at Los Alamos National Laboratory (LANL) in New Mexico, accurately modeled how an unwanted substance deposits on fuel rods, causing costly problems.

“This understanding should provide the insights necessary for nuclear plant operators to adjust the plant operating strategies to avoid crud formation and enable plant performance to resume operating at its peak efficiency,” said Thomas Downar, a professor of nuclear engineering and radiological sciences (NERS), who worked on the simulation.

In nuclear engineering, “crud” is a technical term.  It stands for Chalk River Unidentified Deposit, originally found on the cladding, or outer coating, of fuel rods in the Canadian reactor for which it was named. The yellowish substance can be flaky, porous, or hard depending on its chemical make-up. In most cases, it reduces the power output of nuclear reactors – the deposits absorb the neutrons that keep the fission reaction going.

But it can do worse. Annalisa Manera, an associate professor of NERS who led the effort, said, “Crud deposits promote local corrosion that with time can create a rupture in the cladding, and so the fission product can be released into the coolant.”

Damaged fuel is an expensive prospect – it means the plant must be shut down, explained Dan Walter, a student working with Manera. “Over $1 million per day is lost during shutdown,” he said, for standard reactors.

Nuclear engineers already knew the basics for how crud appears on the fuel rods. It is mostly composed of nickel and iron, thought to have leached out of the coated stainless steel tubes that run through the steam generator. These chemicals concentrate and combine atop hotspots on the fuel rods. But when researchers tried to use computers to better understand how the crud behaves, they couldn’t recreate the striped pattern that appeared on fuel rods.

“This we could see only with a detailed, high-fidelity, 3D simulation,” said Manera.

The locations of the hotspots depend on where neutrons create fission and how the heat is removed by the coolant water. To find out how the deposits evolve, chemistry must be taken into account as well. Computer models with approximate descriptions of the physics, the standard for nuclear power utilities, fell far short of simulating these interconnected phenomena, said Manera.

Independent computer models for the neutrons, the heat transfer and coolant flow, and the chemistry are complex in their own right, so Manera assembled a collaboration that could provide each piece. A team led by Ben Collins, a research scientist in Downar’s group,  developed a computer code that predicts where and how often neutrons interact with the fuel and generate power. Manera’s group specializes in modeling the heat transfer and fluid dynamics, and Brian Kendrick, a senior scientist at LANL, came in on the chemistry side. The team combined these computer models into one simulation.

When the striped pattern showed up in the virtual crud, the team was able to trace it back to the spacers that hold the fuel rods in place. These metal grids also bear so-called mixing vanes that help draw cooler water to the fuel rod surfaces. These triangular appendages redirect the flow, inducing additional turbulence, explained Victor Petrov, a research scientist in Manera’s group who simulated the behavior of fluids and helped connect the three simulations. “The mixing vanes create a flow swirl which affects the location of the hot spots on the fuel rods surface and also leads to erosion of the CRUD. The combination of these two effects is of the origin of the stripes observed in crud formations,” he said.

The simulation’s ability to reproduce the stripes gave the team confidence in other details of how the crud deposits developed. One of the most important is how neutron-absorbing boron bonds with lithium to fill in the pores of the crud, diminishing the power generated by the fuel rod. Operators add boron to cooling water to reduce the fission rate throughout the reactor, while lithium controls the acidity of the water.

“The importance of adding boric acid and lithium to the coolant should be weighed against the associated effects on boron uptake into the crud,” said Walter.

So far, the team modeled a bundle of sixteen fuel rods, but real fuel bundles contain 196 to 289 fuel rods. Manera’s team will run the simulation on complete fuel rod assemblies next year.

This research is part of the Consortium for Advanced Simulation of Light Water Reactors (CASL), which aims to create a full 3D computer model of a nuclear power reactor. The virtual environment will allow researchers to explore problems in current reactors and potential solutions, and also test designs for future reactors. 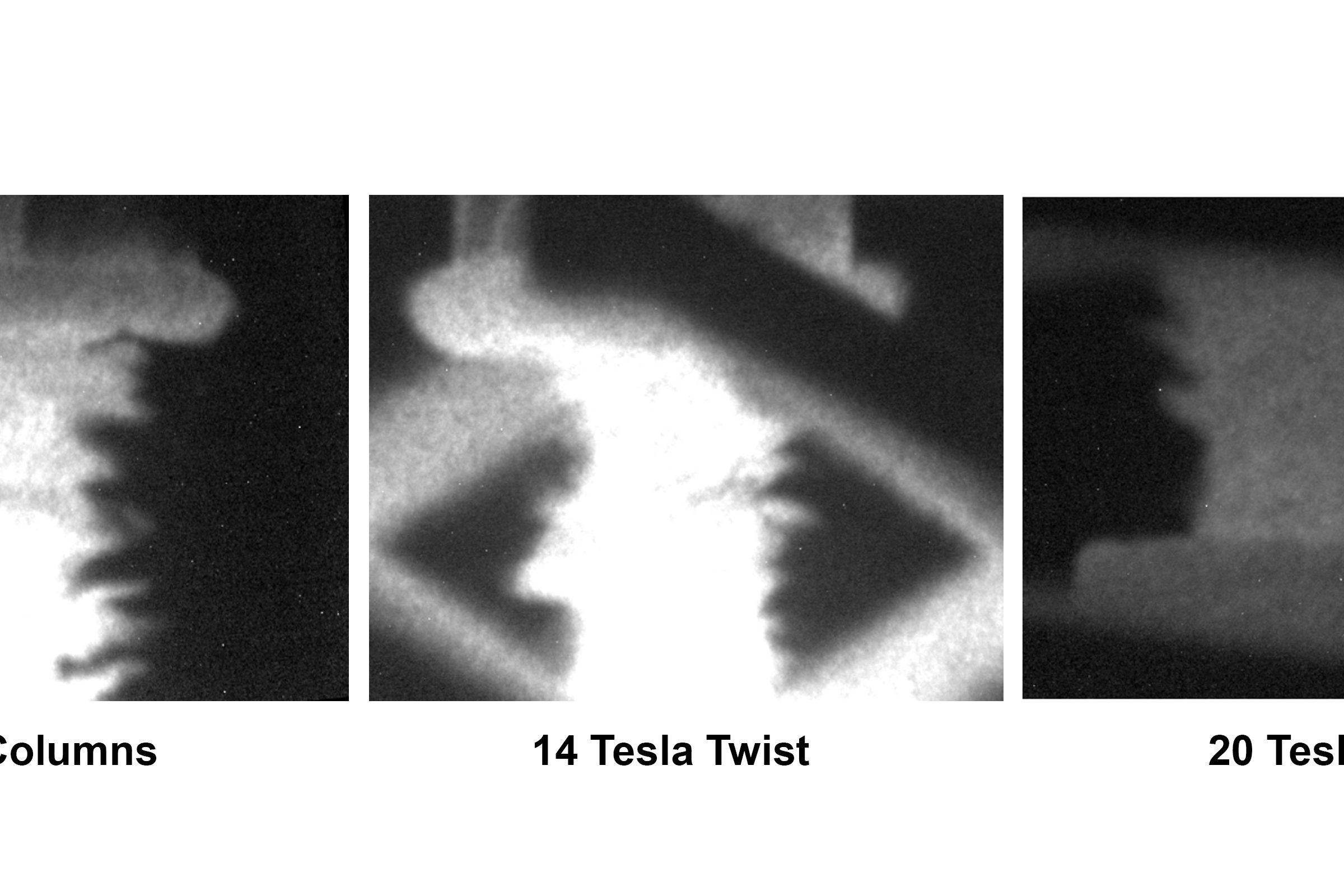