by Kate McAlpine
Michigan Engineering
October 16, 2012
In order to make these gains, airplane designers have improved two important factors: the structure, which must be strong yet lightweight, and the shape, which must create lift while generating as little drag as possible| Medium Read

A modified version of one of the US’s most popular passenger jets, proposed by a computer program, could cut the plane’s jet fuel burn for all its flights by an average of 8.8 percent. The software, developed by a U-M professor and his students at the Multidisciplinary Design Optimization Laboratory (MDO Lab), combines airplane structure and aerodynamics into a single optimization program that zeroes in on the most fuel-efficient and cost-effective airplane designs.

Optimization in action: On the right, the planes wing and fuselage reveal the pressure distribution from the air moving around the plane while cruising, and the wing to the left shows the thicknesses of the surfaces and internal parts of the wing’s structure. Tailoring the plane for fuel efficiency, the software found that better aerodynamics more than make up for the extra weight needed to reinforce longer wings.

“Since the late 1950s, we’ve reduced fuel burn of airplanes per passenger-mile by over 80 percent,” said Joaquim Martins, a professor of Aerospace Engineering at U-M. While more efficient engines get credit for a 50 percent drop in fuel needs, the other 30 percent is due to the lighter, higher capacity, and more aerodynamic airplane designs. Thanks to these improvements, each person on a full Boeing 737 flight across the country uses half the fuel of a single person in a Toyota Prius for the same journey, said Martins.

In order to make these gains, airplane designers have improved two important factors: the structure, which must be strong yet lightweight, and the shape, which must create lift while generating as little drag as possible. Optimizing either of these is so complicated that designers tended to focus on one at a time, first creating an aerodynamic shape, then designing a strong structure in that shape, then refining its aerodynamics, and so on. “Our big contribution is to simultaneously perform these two design tasks, and to do it in an optimal way,” said Martins.

The potential gain from this holistic design approach is so large because the structure and aerodynamics affect one another. “The wing is flexible, so even though you build it with a certain shape, it deflects and has many different shapes depending on the flight conditions. If you’re just doing aerodynamics, you’re not really considering that,” said Martins.

His team’s software starts with a base model of a plane and changes the shape and internal structure of the wings, attempting to improve the plane’s performance. Larger modifications include changing the span of the wings and how they are angled, but the software also makes smaller adjustments, such as tailoring the shape of the wing surface to reduce drag. The program also strengthens the wings where they handle the most stress and makes them thinner and lighter elsewhere. Then, it simulates the plane’s response to a variety of flight conditions, such as cruising or performing maneuvers.

When we recomputed the weighted average fuel burn using the optimized design, we saw that the plane used significantly less fuel.

“One of the key aspects of high-fidelity analysis and optimization is the ability to detect the effect of small changes to the design on the overall aircraft performance,” said Gaetan Kenway, an MDO Lab doctoral student at the University of Toronto, Ontario.

The software interprets the simulation results and tweaks the wing shape and structure further. Over hundreds of iterations – and a couple days of computer time – it settles on a design that it can’t improve. In addition to aiming for fuel efficiency, the software can instead minimize a plane’s running costs, perhaps sacrificing a little extra fuel to reduce the flight time, or meet other requirements.

The program uses multiple processors at once in order to keep the running time manageable. While newer laptop and desktop computers delegate tasks to two to four processors, the software Kenway developed juggles up to 1000 processors. “We typically run several operating conditions simultaneously to ensure we get a robust solution,” he said.

To find out how these designs compare to current airplanes, Kenway and fellow MDO Lab doctoral student Rhea Liem, also at the University of Toronto, optimized a version of the Boeing 777 for fuel efficiency. They gathered information on 100,000 flights that went through US airports and simulated the average fuel burn rate. Then, they told the software to find the design that would burn the least fuel, weighting the flight scenarios by how often they happen.

“When we recomputed the weighted average fuel burn using the optimized design, we saw that the plane used significantly less fuel,” said Liem.

“The astronomical increase in jet fuel prices over the last decade and concerns over the environmental impact of aviation has put tremendous pressure on aircraft manufacturers to lower the fuel burn of new aircraft,” said Kenway. “High-fidelity, multidisciplinary optimization has the potential to guide engineers to squeeze the last few percent improvement from existing designs and to facilitate the investigation of entirely new aircraft configurations.”

The paper is available from the AIAA (abstract) and from the MDO Lab (pdf, 8.7 MB). 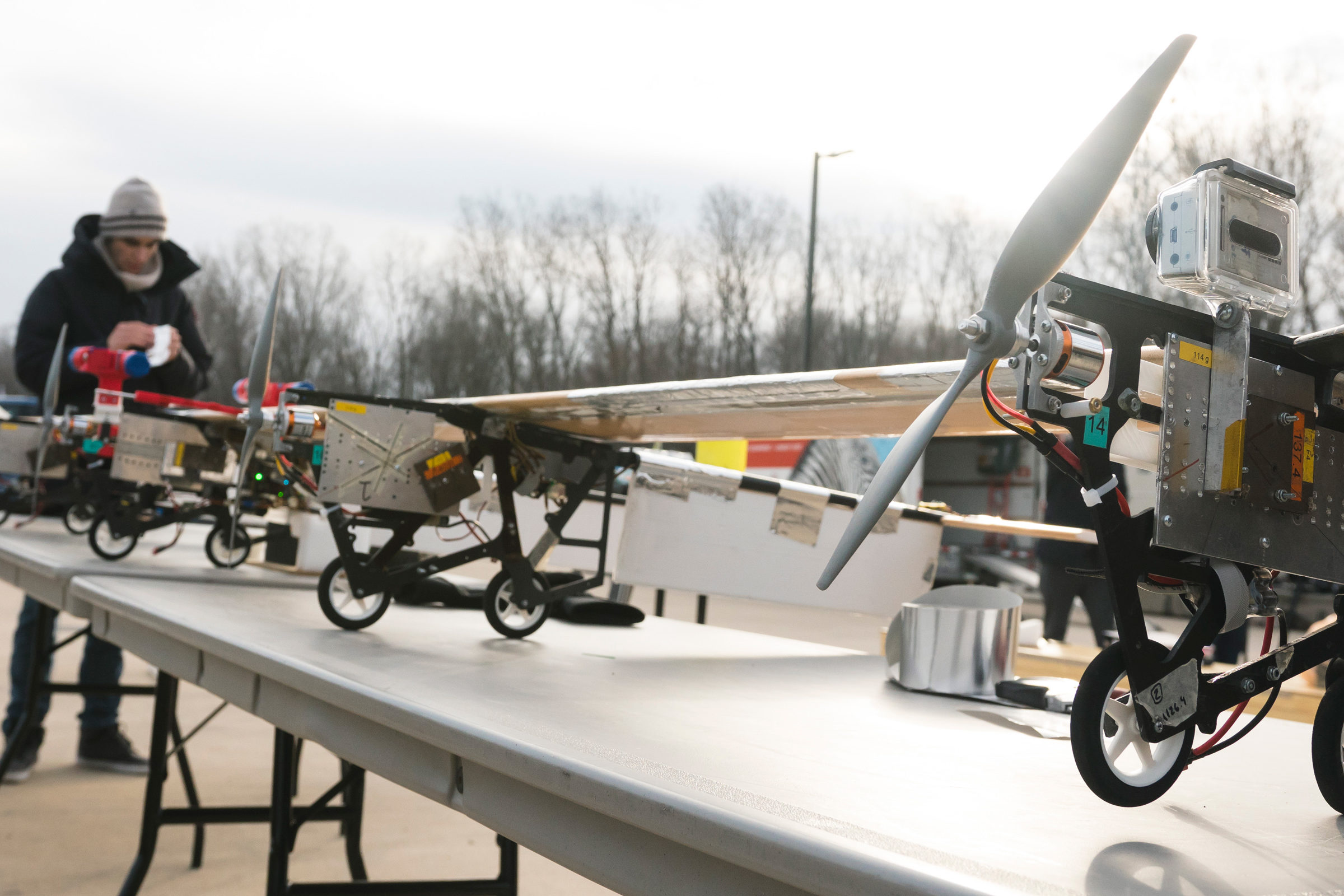 The X-HALE’s flexibility and wing length could change the future of commercial flight.| Short Read 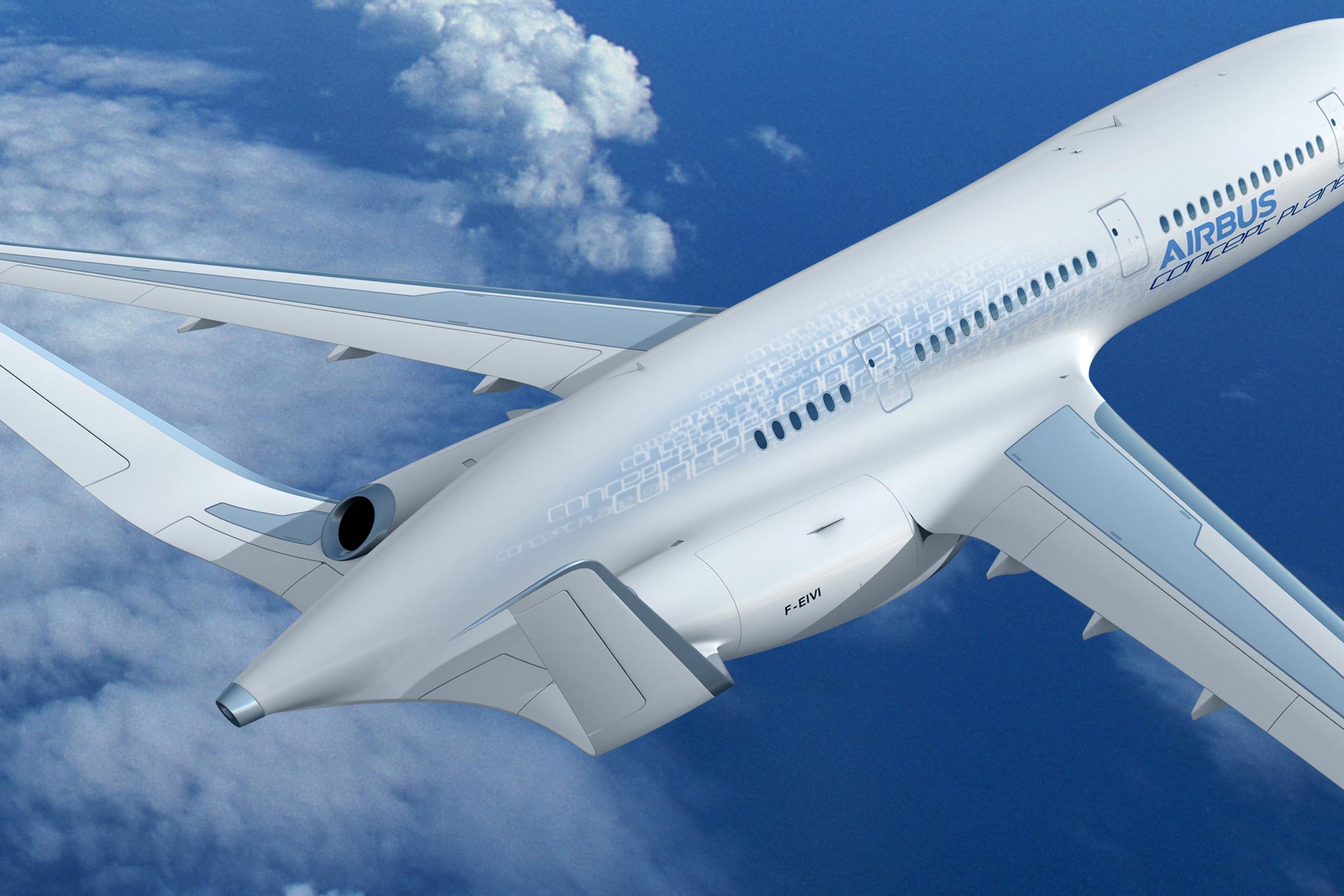