by Catharine June
EECS: Electrical and Computer Engineering
September 1, 2012
Whether it’s biking to the crest of Haleakala on Maui, or leading KLA-Tencor to the top of NASDAQ, Rick Wallace is familiar with making it to the summit.| Medium Read
Enlarge 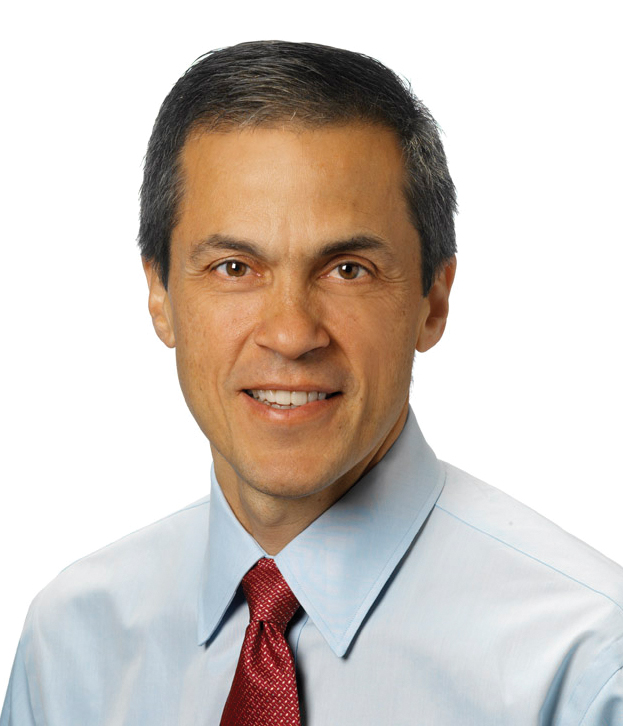 Whether it’s biking to the crest of Haleakala on Maui, or leading KLA-Tencor to the top of NASDAQ, Rick Wallace (BSE EE 1982) is familiar with making it to the summit. His goals were set by the age of 6, when he knew he wanted to be an electrical engineer, run a company and be an entrepreneur, even though he admits that he scarcely knew what any of that meant.

By the time he started Michigan as an undergraduate student, he had built his own PC – and assumed everyone else had done the same. “I grew up with oscilloscopes in my basement,” said Rick. “I was a ham radio operator. I just had a passion for electronics.”

Rick’s first job as a Michigan alumnus was at P&G, followed by the startup company Cypress Semiconductor in Silicon Valley. He said he got a job working in their cleanroom because “I had an EE degree from Michigan, and I was a photographer.” While at Cypress he learned about a product from KLA Instruments, a company that specialized in semiconductor equipment, and became passionate about it. “It had optics, it had engineering, it had image processing – all things I was interested in,” he said.

He also spent his mornings and evenings getting a master’s degree from Santa Clara University – motivated by his desire to understand how semiconductors were really made. Once there he switched his major to engineering management, and upon graduation continued to teach a course in global competitiveness for five years.

In 1988 he joined KLA, which merged with Tencor Instruments in 1997 to become KLA-Tencor, and never looked back.

In the early years, Rick became familiar with various parts of the company by working on and managing projects in different areas. At one point, he was looking for a greater challenge and accepted the goal of starting a new business within KLA. He hired a team member and had 90 days to come up with a business plan.

They discovered a new $20M business product that likely would have been lost to KLA had they not been searching for an unmet need in the industry. Wondering why they didn’t see the opportunity sooner, his partner simply stated – fat cats don’t hunt. Rick says this experience taught him the value of focus and fulltime dedication to new initiatives.

Rick became president and CEO of KLA-Tencor in November 2005, and since then the company has continued its upward trajectory. 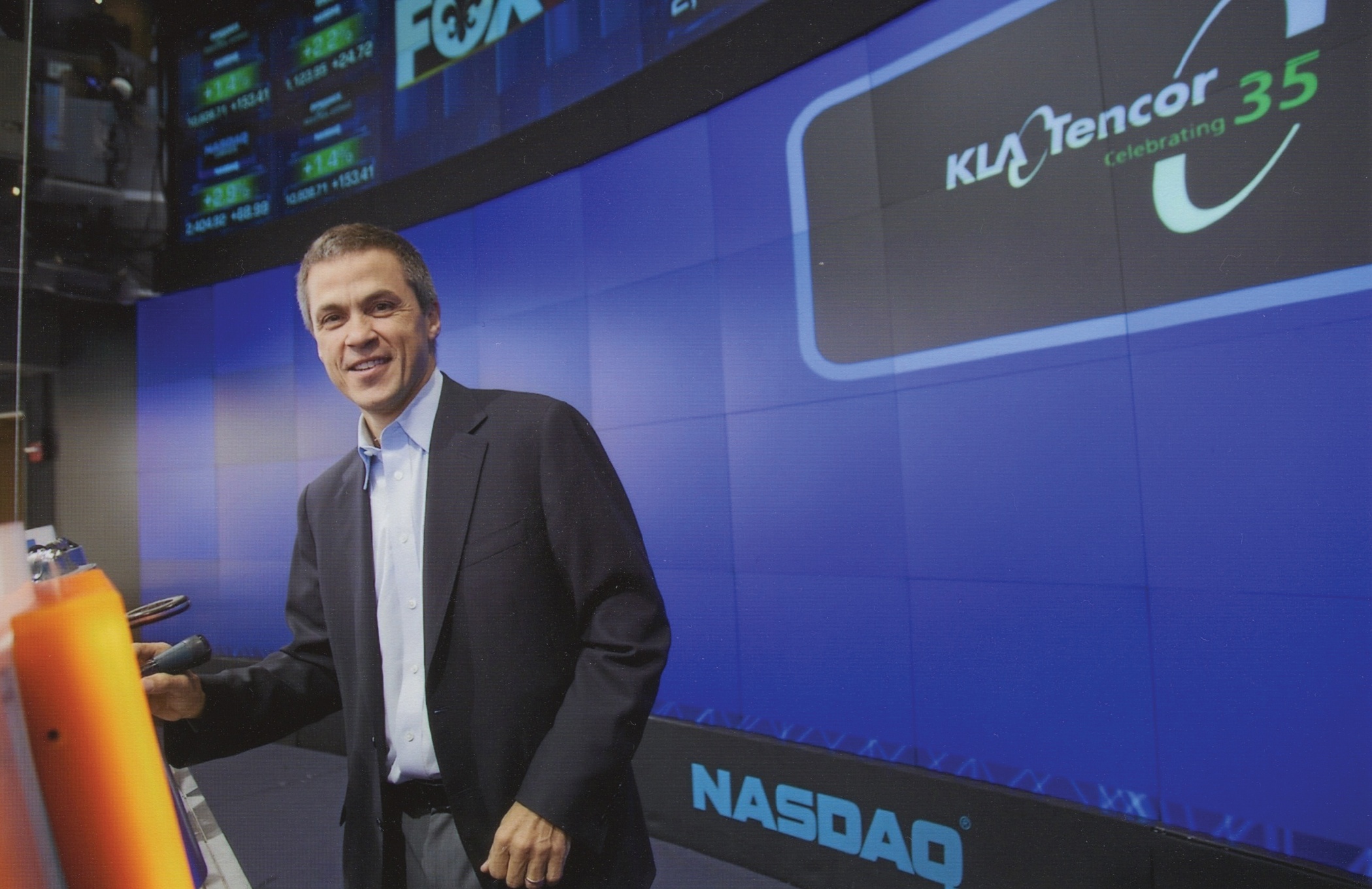 In the past couple years, KLA-Tencor has blown away Wall Street predictions. In one phenomenal quarter, KLA was beat out only by Apple in earnings. He attributed the gain to the mobility market – smart phones and tablets, including e-readers. “It’s just on fire,” he said in one of the many interviews he granted to the news media at the time.

The desire for mobility has led to a leap in the demand for higher performance combined with increased battery life – all in a small device. One of the effects on the semiconductor industry is an increase in the number of semiconductor fabrication facilities being planned – from 1-2 a couple years ago, to 13 today. These are $4B facilities, and making them profitable is KLA’s specialty. These days, the company’s high-end tools cost upwards of $35M, each. 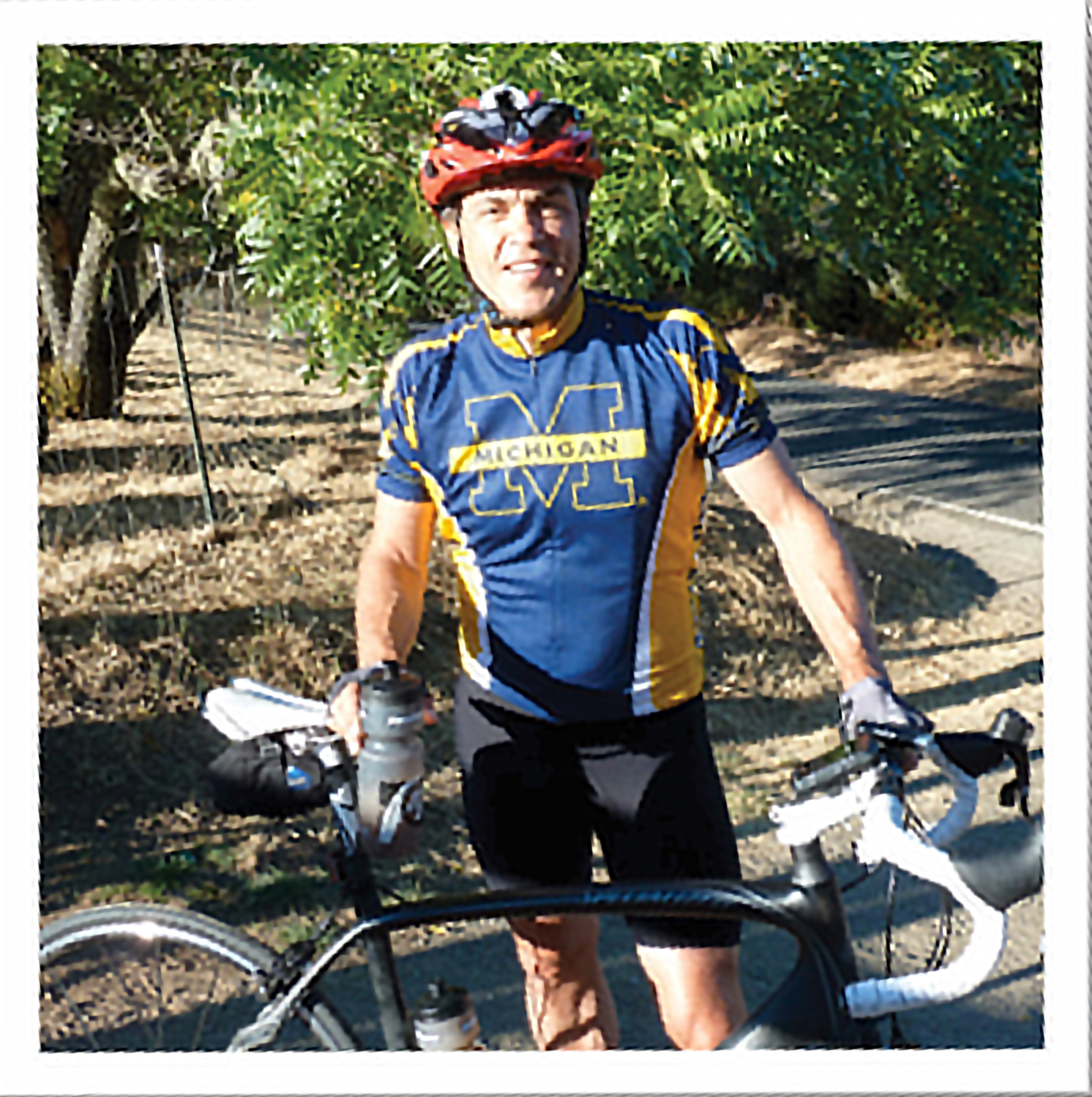 IMAGE:  Rick Wallace, an avid cyclist, has cycled to the crest of Haleakala on Maui

As president and CEO of KLA-Tencor since 2005, and with 24 years in the company, Rick has developed five core values for the company, and the individuals who work there. They must have: