by Jennifer Judge Hensel
Michigan Engineering
September 28, 2012
PicoSpray, a compact fuel injection system designed for small engines such as those in motorcycles and mopeds, could cut emissions in half while being up to 70 percent cheaper than existing technologies.| Medium Read

A compact fuel injection system designed specifically for small engines such as those in motorcycles and mopeds could cut emissions in half while being up to 70 cheaper than existing technologies.

The PicoSpray system, currently under development at the University of Michigan as part of TechArb, aims to dramatically reduce emissions while increasing the fuel efficiency of small engines in response to the growing problem of emissions created by small, low-cost vehicles around the world.

The system is meant to replace the carburetor in a small engine, which is the current system of delivering fuel to the engine.

“The carburetor is really old technology and it’s bad at delivering fuel, which means that it’s poor on fuel economy and pollutes a lot,” said Lihang Nong, a recent graduate of the U-M mechanical engineering department and inventor of PicoSpray. “The fuel injection system makes the engine cleaner, run more efficiently and more reliable.”

“A typical motorcycle in Asia only costs about $500. So adding fuel injection to a motorcycle is just not feasible because it’s too costly,” said Nong, who says he “flipped the design on its head” to rethink how fuel injectors work.

A new fuel injection system designed especially for small engines aims to help cut emissions by up to 70 percent. The new system, called PicoSpray, is simpler and cheaper than current fuel injections, and is an effective alternative to traditional carburetors.

A standard fuel injection system is built of three mechanical components: the injector, a pump and a regulator. In addition, there are many wires and sensors attached to different parts of the engine, which are then fed into a computer that controls everything. The PicoSpray product has been designed to simplify and condense that, reducing the number of components and packaging them into one box that can directly replace the carburetor.

“Our fuel injection system is a lot simpler and cheaper than a traditional one,” said Nong. “You literally just take the carburetor off the engine and bolt ours on – all the sensors and wires are installed in the unit.”

Nong plans to sell his product to small engine manufacturers, and hopes that upcoming changes in emissions regulations worldwide will help spur its success. He also sees a market in North America for manufacturers of utility engines such as lawnmowers and generators.

“In the past, the main driving factor in getting fuel injection installed in small engines was a competitive advantage for manufacturers,” said Nong. “In the future, within the next two years in fact, most of the countries in the world are going to start implementing stringent emissions standards, and that’s going to be the driving factor in the success of our product.”

The inspiration for PicoSpray came while Nong was visiting family in Beijing, where he was born. During one of his visits back to the region, he was struck by the amount of pollution being generated by the abundant use of single-passenger vehicles.

“In southeast Asia, in every intersection there are traffic jams of motorcycles. When you get to the street, you can just smell all the emissions. That had a pretty big impact on me,” said Nong.

He set out to solve the problem while pursuing his master’s degree in mechanical engineering at the University of Michigan. Working with other engineering students, he began to develop his product for use in the U-M Supermileage team’s competition car, which aimed to achieve 3,300 miles to the gallon in the 2012 SAE International Supermileage Challenge. The team didn’t reach their goal, but PicoSpray took off.

Nong is receiving help from U-M’s TechArb, a venture accelerator for students, and Ann Arbor SPARK. He also won $25,000 for a second-place finish in the 2011 Michigan Clean Energy Venture Challenge. Using those funds, and more resources provided to him by the College of Engineering’s Wilson Center, Nong and a handful of undergraduate engineering students are designing, machining and testing the product from scratch.

“It’s a lot harder for a hardware start-up to get working,” said Nong. “To actually design something, build it and test it you need materials, machines and testing equipment and it’s a lot more capital intensive than, say, a software startup. U-M has provided us with these resources, and I’m pretty thankful for that.”

Related Links
Fast Company: PicoSpray aims for a fraction of admissions at a fraction of the cost
Explore:Energy & EnvironmentMechanical EngineeringResearchTransportationAutomotiveEnergySustainability 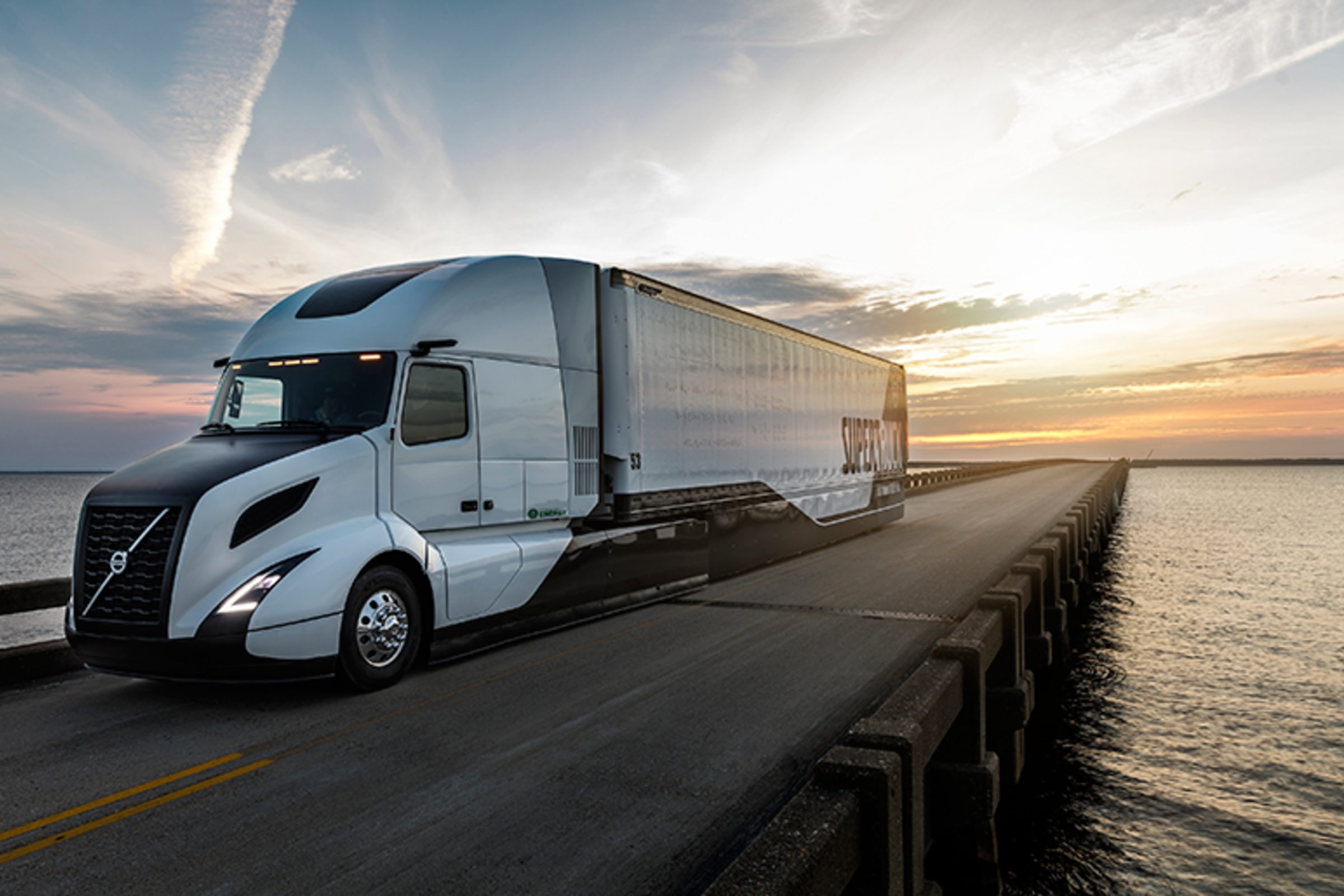 The Volvo Group recently unveiled its SuperTruck; the vehicle achieves an 88 percent freight efficiency improvement, which means it can carry more cargo while reducing how much fuel it uses.| Short Read