Could flowing liquid batteries be key to a renewable grid?

by Kate McAlpine
Michigan Engineering
August 10, 2012
So-called flow batteries could be the answer to storing solar, wind, and other renewable energy on the scale that power companies need, but it will take engineers and scientists to get them to that level. | Short Read
Enlarge 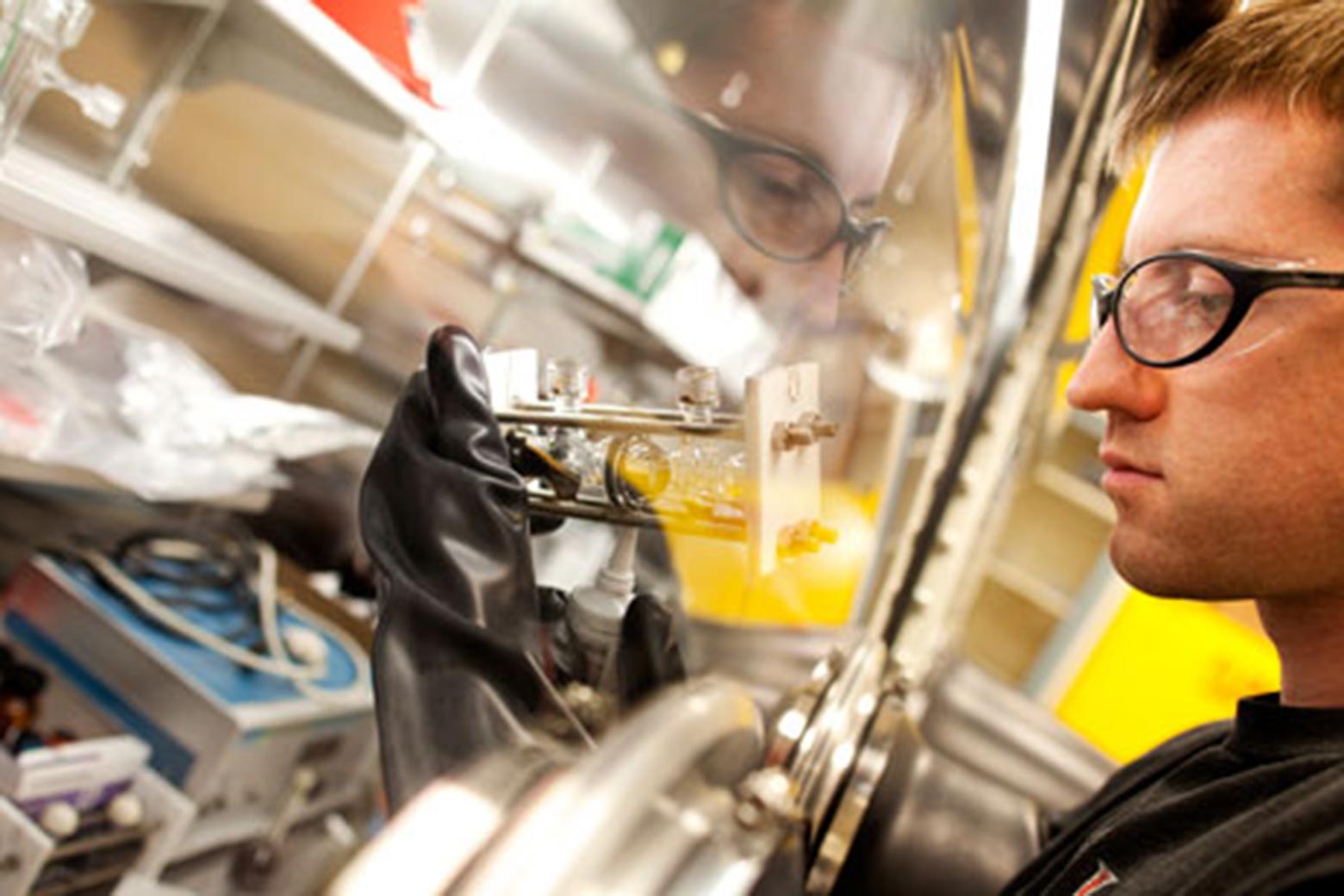 But if homeowners want to get the most out of those solar panels, they had better install a means to store the energy they harvest. And that’s just the small version of the problem – as renewable energy sources integrate with the grid on a large scale, batteries fit for power stations are a crucial piece of the puzzle.

With current lithium-ion technology, batteries the size of semi-truck trailers can hold 500 kilowatt hours (kWh) – or enough to power about fifteen US houses for a day. Unfortunately, they degrade somewhat with each recharge and survive for only about a thousand recharges. In order to develop batteries that can hold as much energy as lithium-ion designs and also last for many years, Monroe’s team has joined forces with that of Levi Thompson, a fellow professor of chemical engineering. 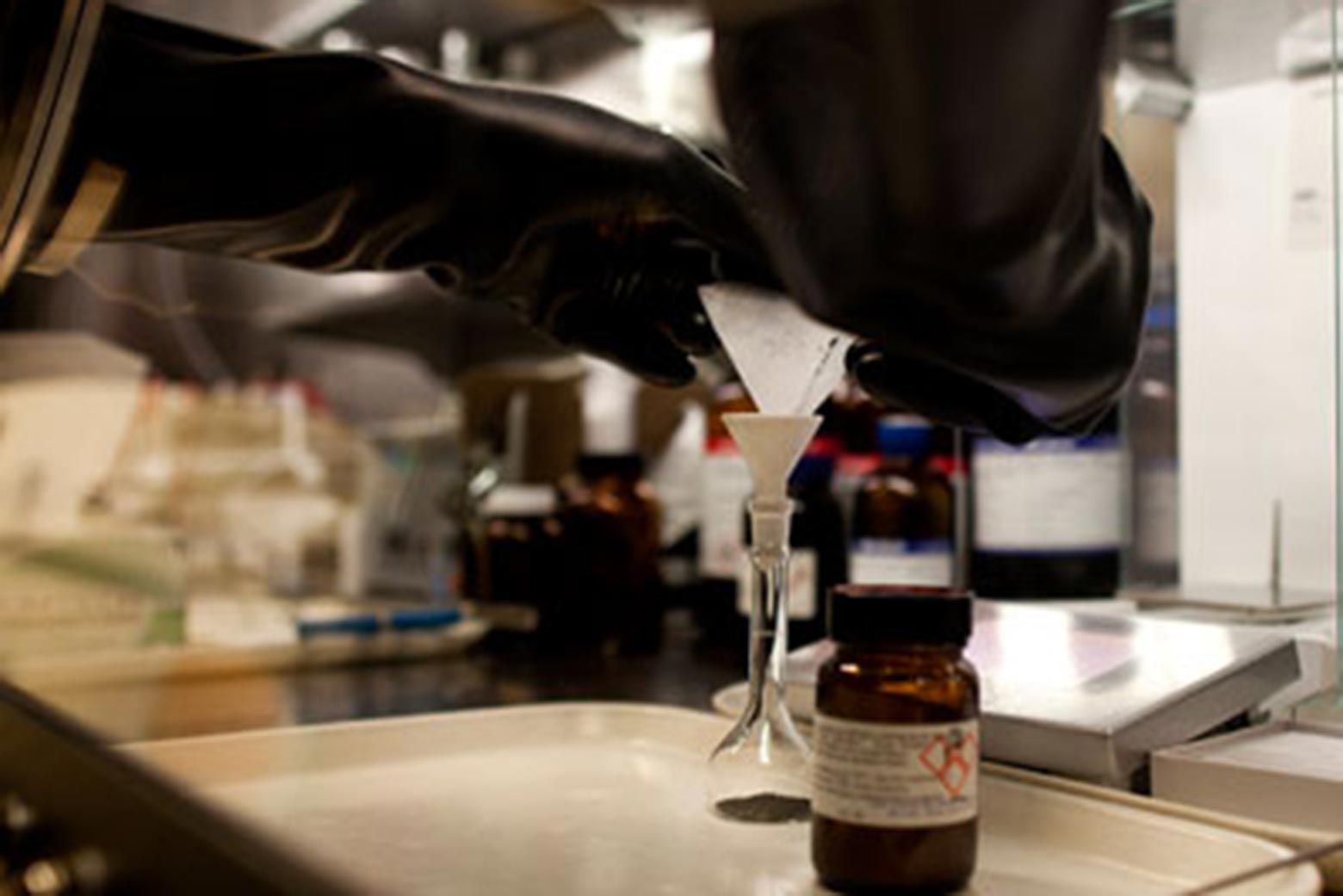 Thompson and Monroe set their sights on flow batteries. This design has two major advantages: long life, and a variable capacity. In many battery designs, including lithium-ion, the electrodes participate in the reaction, which means that they degrade with every charge-discharge cycle. Because the liquids that react to store and release energy are separate from the battery’s electrodes, the battery isn’t damaged by regular use. “Some vanadium flow batteries have been reported to survive for more than ten thousand recharges,” said Monroe.

Also unlike traditional batteries, the available energy or storage capacity of a flow battery is limited only by the amount of fluid available to flow through its reactor. For instance, if you harvest wind energy with a battery connected to a turbine, you would have to replace a standalone battery the moment it was fully charged. But for a flow battery, raising its capacity is as simple as adding more fluid to a tank.

More bang for your cubic foot 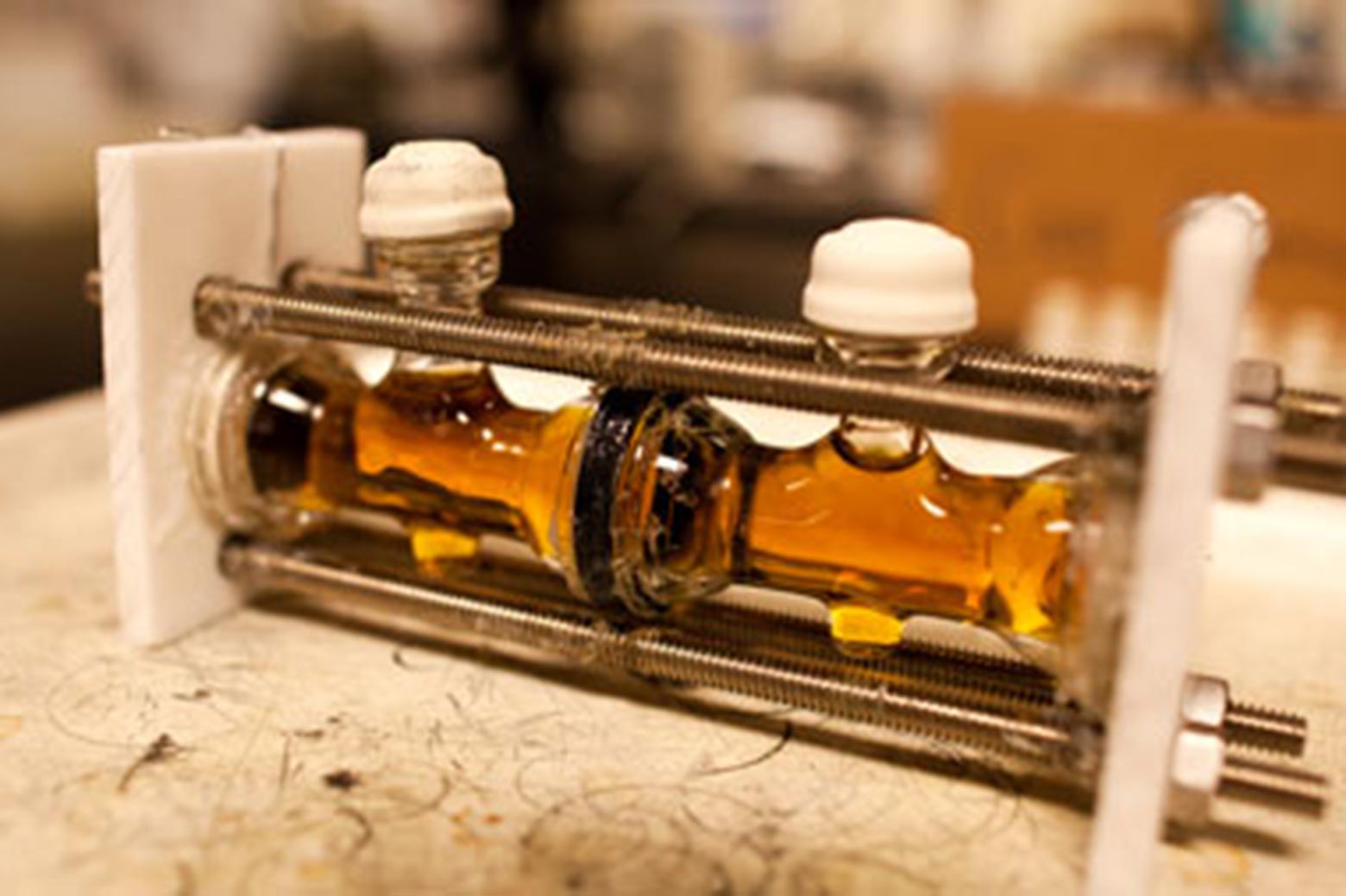 Their particular challenge is energy density, or the amount of energy a battery can store in a set volume. Thompson and Monroe’s teams are exploring three main options for packing more energy into flow batteries. One way is the voltage – the difference in charge between the positive and negative sides of the battery. The higher the voltage, the more energy carried by each electron.

Most researchers use water in their flow batteries because it’s cheap, ecofriendly, and a great solvent. But it has a problem: it breaks apart when the difference between the positive and negative side of the reactor is as low as 1.2 volts (V). That limits the energy a flow battery can provide per electron.

Instead of water, the team is working with acetonitrile, a solvent often used to manufacture drugs. It can take voltages up to about 5 V. The voltage of the battery depends on the metal that is dissolved into solution. Vanadium can manage voltages up to 2.2 V, but the team found that chromium can do much better, with a voltage of 3.4 V.

Another way to increase the energy density is to use a metal that can donate multiple electrons. By releasing two electrons rather than one in a reaction, the metal essentially doubles the amount of energy it can provide. Both vanadium and chromium can donate two electrons. 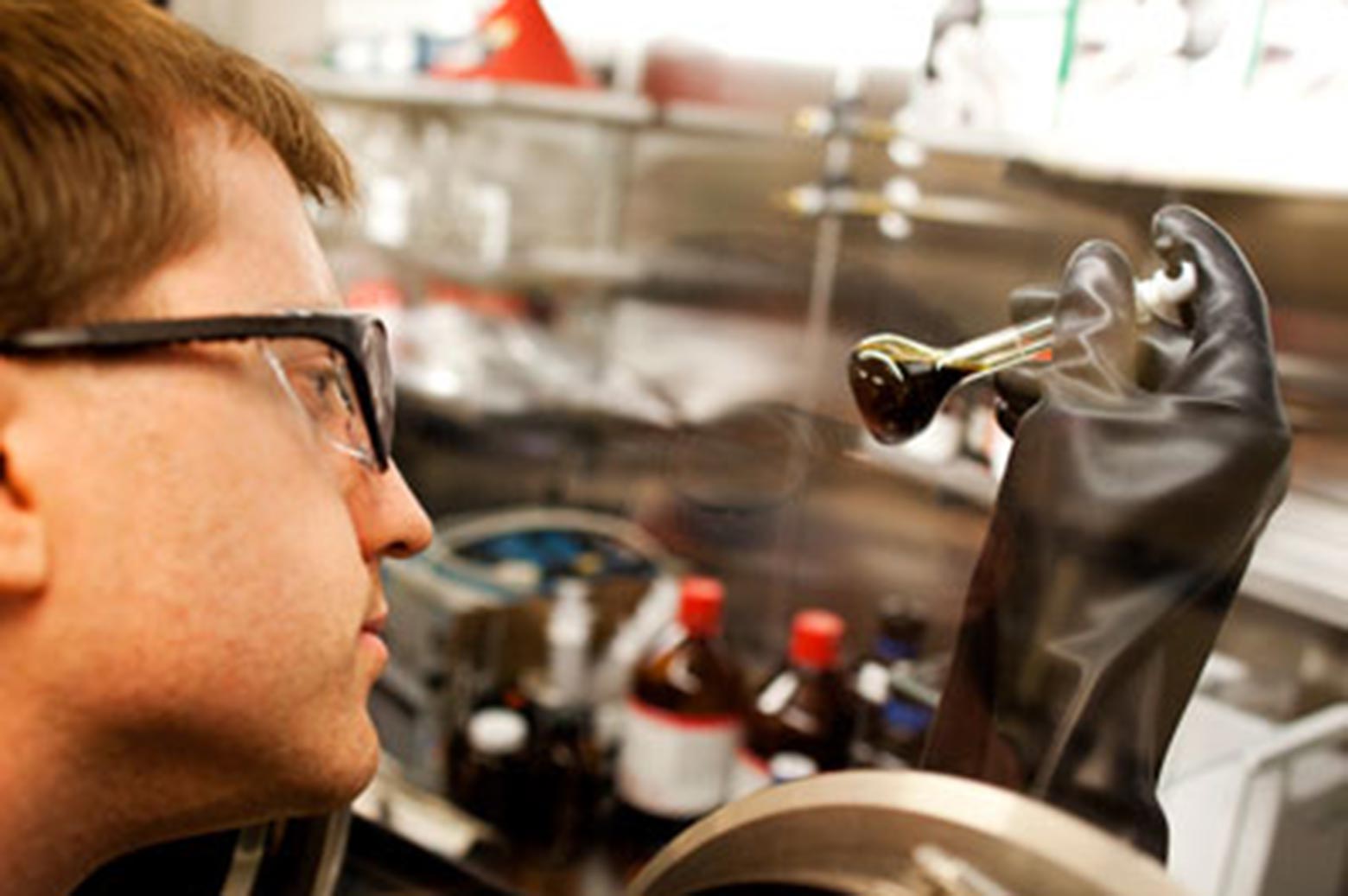 IMAGE:
However, chromium falls behind vanadium on the third factor: the acetonitrile solvent can hold much more vanadium than it can chromium. This is largely due to the nest of other molecules that surround the metal, helping it to dissolve. In order to reach higher concentrations, the team is working with Melanie Sanford, a professor of chemistry. In addition to experimenting with different metals and their surrounding molecules, the researchers will try different solvents. “If we’re successful, in a few years we will have chemistries that could yield a battery with [an energy density higher than lithium-ion designs],” said Thompson.
Explore:Advanced MaterialsChemical EngineeringResearchStructures and Materials