Breakthrough: Researchers find wide gap in immune responses of people who did or didnt get the flu after exposure

EECS: Electrical and Computer Engineering
August 26, 2011
If scientists can understand what happens at the genome level that makes people more or less susceptible to viral illness, they could potentially develop therapies to prevent illness.| Medium Read
Enlarge 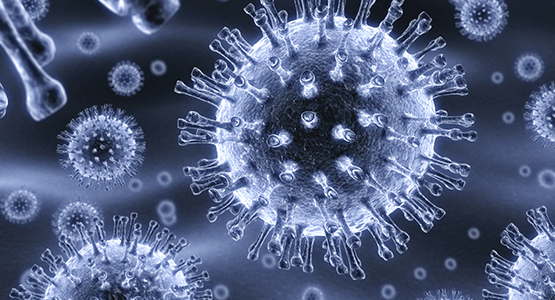 ANN ARBOR, Mich. – Why do some folks who take every precaution still get the flu, while others never even get the sniffles?

It comes down to a person’s immune system response to the flu virus, says Alfred Hero, R. Jamison and Betty Williams Professor of Engineering at the University of Michigan College of Engineering. In one of the first known studies of its kind, Hero and colleagues from Duke University Medical Center and the Duke Institute for Genome Sciences & Policy, used genomics to begin to unravel what in our complex genomic data accounts for why some get sick while others don’t. The study findings will appear in PLoS Genetics Aug. 25. 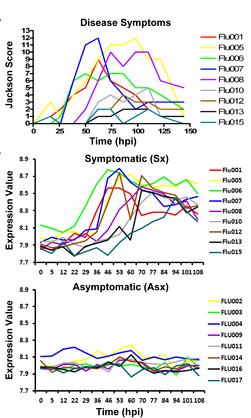 Hero’s analysis group used several methods, including a pattern recognition algorithm previously developed for satellite imaging of the environment to discover the genomic signatures associated with immune response and flu symptoms. Using these genomic signatures, researchers compared the responses of previously healthy participants inoculated with the flu, and found significant and complex immune responses in both people who got sick and those who did not.

The gene expression data gets to the heart of how the immune system reacts and orchestrates its response to the flu virus, which dictates whether people get sick.

“We looked at over 22,000 genes in 267 blood samples,” said Hero, who is also affiliated with the U-M College of Literature, Science & Arts and the U-M Medical School. “No study of this magnitude has ever been done on human immune response.”

Geoff Ginsburg, study co-author and director of the Center for Genomic Medicine at the Duke Institute for Genome Sciences & Policy, said the study reveals what happens after virus exposure.

“It also points out, importantly, that remaining asymptomatic in the face of an exposure to a virus is an active process in the immune system, and we can now begin to probe the underlying biology to resisting infection,” Ginsburg said.

The team inoculated 17 healthy individuals with the flu virus and about half of them got sick. They then collected gene expression data from each individual at 16 time points over 132 hours. These data provided a clear picture of the gene expression over time in those who developed flu symptoms and those who did not.

Eventually, if scientists can understand what happens at the level of the genome that makes people more or less susceptible to viral illness, they could potentially develop therapies to prevent the illness. Hero said the inflammatory genomic signature that differentiated the well group from the sick group was measurable up to about 36 hours before peak flu symptoms developed. It may, therefore, be possible to detect illness early, allowing people to take precautions and perhaps even prevent the worst symptoms.

Mathematical methods for finding hidden correlations within large quantities of data were a key component of the analysis performed by Hero and his former doctoral student Yongsheng Huang, who is lead author on the study. One of the principal analysis methods was a pattern-recognition tool previously developed for processing hyperspectral satellite images of the earth. Called Bayes Linear Unmixing, Hero applied it with virtually no modification to image the patterns of gene expression.

The work was funded by the DARPA Predicting Health and Disease program under a grant to a team at Duke and Michigan assembled and led by Ginsburg.