EECS: Electrical and Computer Engineering
January 16, 2011
“Failure is an essential part of success. Be afraid of not learning enough, or not working with the best people. Don’t be afraid of failure, which is frequently success in disguise.”| Short Read
Enlarge 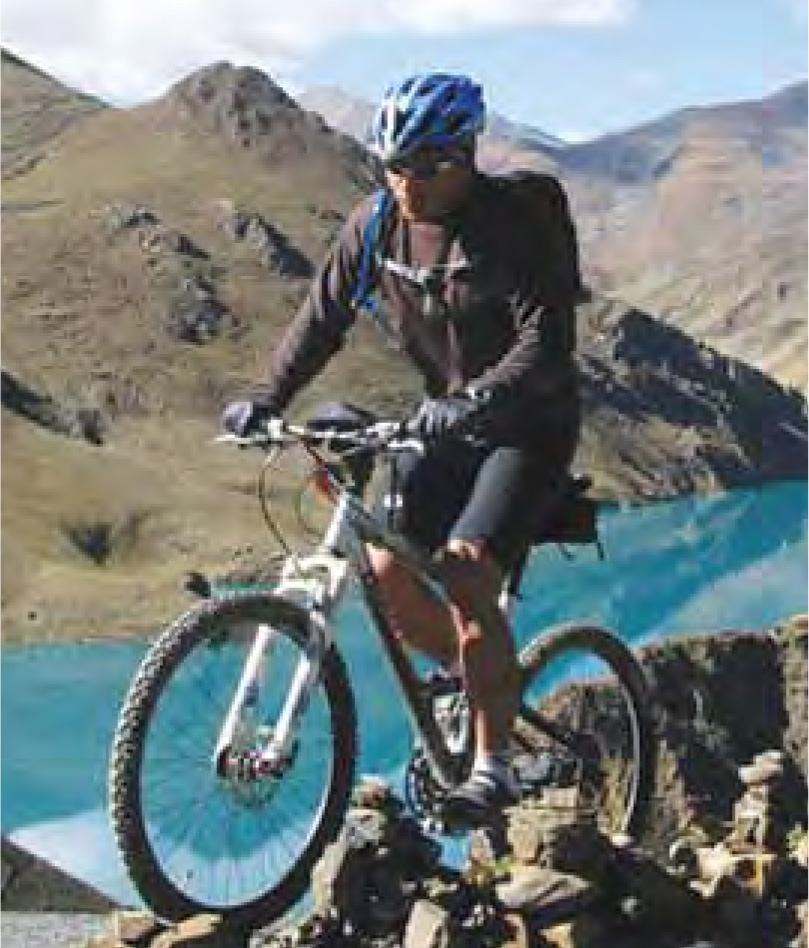 Asked what makes an entrepreneur, Curtis Ling, CTO and co-founder of the company MaxLinear, responded, “An entrepreneur starts from nothing, has an idea, and makes that possibility become a reality.”

His first taste of this was in his early electrical engineering classes, with a few professors who were “fantastic,” recalled Curtis. “We were building things and solving problems, and there was no one to tell you what you could and couldn’t do. It was very empowering.”

His interest in entrepreneurship grew when, as a graduate student at U-M, he helped his advisor, also new to Michigan, build a lab and research group from scratch. After Michigan, he joined the faculty of the then-recently established Hong Kong University of Science and Technology. As an early faculty member, he was given the freedom to develop his research and shape the new department.

In 1999, he returned to California to gain industry experience in product development, and joined a startup called Silicon Wave to help build the world’s first single-chip Bluetooth transceiver. The company was an engineering success, but a business failure, partly because the company didn’t choose the correct markets. Its assets were ultimately acquired by Qualcomm, which successfully took the Bluetooth chips to volume production. In 2003, he and seven other colleagues left to start their own company, which became MaxLinear

MaxLinear – From Startup to Global Player

Having helped build a lab and a department, it was time to build a company. “MaxLinear was founded by eight of us in 2003. At the time, we didn’t know what ideas made sense to pursue, but we knew we had a team which could design great products. And we knew that good marketing was critical to determining what products to work on,” stated Dr. Ling.

To boot-strap the company, the team raised its own funding from several sources including their own money, revenue from consulting services, and by not paying themselves. With this capital, they began to market the company on their own and visited a number of companies overseas. It was during one of these visits that Panasonic became intrigued by their idea of a low-power, single-chip television receiver, precipitating MaxLinear’s transition from consulting to product development. Once they had a prototype, the team was able to attract venture funding in 2004.

Today, MaxLinear is headquartered in Carlsbad, CA, employs 230 people, and has offices across Asia and Europe. The company builds highly integrated RF mixed-signal broadband communication systems on a single chip. The combination of high performance with small silicon die size and low power consumption makes their products very competitive. They were among the first companies, if not the first, to build these broadband products in a generic CMOS process, benefiting from high gate density and low cost. Their products are found in cable and set top boxes, digital televisions, cell phones, cable modems, computers, and cars.

Curtis is now focused on finding the best talent for his company. He’ll say that everything else follows from that. “I guess that’s what any great organization, such as U-M, focuses on. If you seek excellence, if you want to reach your potential, if you have a lot of drive, then you’re welcome.”

“Advice is of limited use – ultimately you have to make your own mistakes,” Curtis says. But among the principles he believes in is that people shouldn’t place themselves inside a box when they begin their careers. “Entrepreneurship showed me how unimportant it was to pick a career path or a job description and then try to fit into it. Instead, I was able to discover my own unique footprint.”

He encourages students to be comfortable taking some risks in pursuit of their passion, despite the chance of what may appear to be failure. “Failure is an essential part of success. That’s what makes our country great – we not only tolerate failure, we value it. Be afraid of not learning enough, or not working with the best people. Don’t be afraid of failure, which is frequently success in disguise.”

“And protect your health.” One of Curtis’ favorite memories of Michigan was the time he spent training for the Detroit marathon, which he ran four times. He recalled training in the cool fall weather, running on dirt roads by rural farms and simply enjoying the scenery. Curtis is also an avid cyclist and traveler, and fondly recalls his ride from Tibet to Nepal. Add to these passions his love of photography, music, and languages, and it’s easy to understand why Curtis says, “There’s a lot to love about life.”