Students give a couple of the best among 3,000 Elevator Pitches

Named to reflect the number of student participants in the annual U-M contest of elevator pitches for new business plans, this year’s 1,000 Pitches contest drew particpation from 3,031 students, with winning prizes going to two students from EECS.

Keith Porter aims to expand his flourishing custom computer business to help provide computers at extremely low cost to families in Detroit. Patrick Theisen created a mobile app to improve the limited capabilities of Facebook to direct students to fraternity parties on campus that they’d like to attend. There were a total of 10 prizes in 10 different categories. 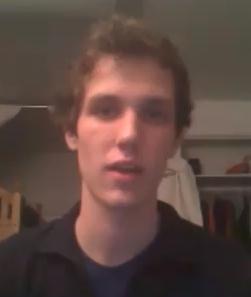 Keith Porter, a sophomore majoring in computer engineering, won in the category Michigan Matters for his project, “Metro Detroit Computer Exchange.” Porter runs a business building, repairing, and upgrading custom computers in the Detroit suburbs. His idea is to deduct a portion of the cost for a new machine if the customer donates an old one. He’d then clean the old one and sell it for a nominal fee to a family in the city of Detroit that has no computer. He realized the need for this service while setting up a computer system for the library at Cornerstone School in Detroit. Many parents expressed the value of computer access for their children, yet were not able to purchase a computer of their own. 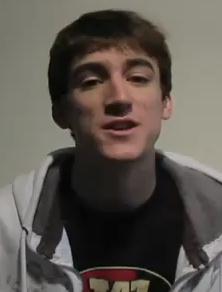 Patrick Theisen, a sophomore majoring in computer science, won in the category Best Mobile App for his project, “miParty.” Theisen’s party-tracking app “would list all of the registered frat parties on campus in one convenient location,” he says. Users could rate the parties, and the app would make recommendations to other students. The app would offer alerts, as well as walking directions from anywhere on campus, bus schedules, weather updates, and taxi information.Theisen said his purpose is to improve the social scene on campus. Plans for the future include paid accounts for fraternities, ad revenue, and partnerships with local restaurants and taxi services.