EECS: Electrical and Computer Engineering
November 30, 2010
According to IEEE, "the grade of Fellow recognizes unusual distinction in the profession and shall be conferred upon a person with an extraordinary record of accomplishments."| Short Read
Enlarge 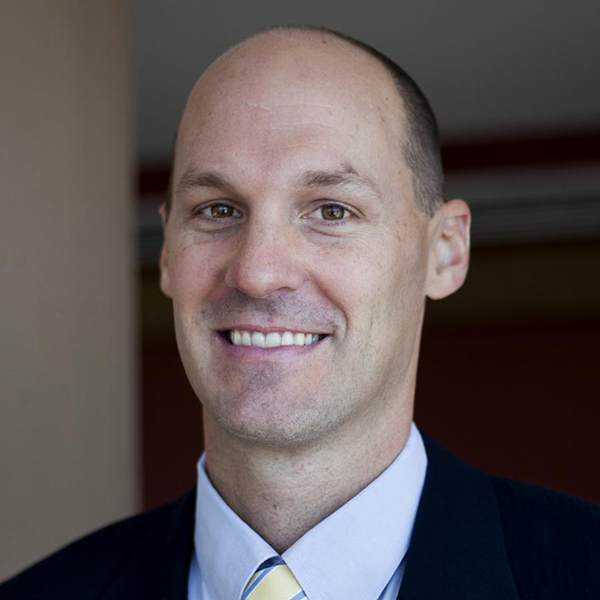 Prof. Dennis Sylvester has been named an IEEE Fellow, Class of 2011, “for contributions to energy-efficient integrated circuits.”

Prof. Sylvester has pioneered the development of ultra low-power CMOS circuits, paving the way for their use in a growing number of applications. A key to much of his recent work has been the use of extremely low operating voltages (approximately one-third to one-half that of typical ICs today).

As micropower circuits thrust leader for the Center for Wireless Integrated Microsystems (WIMS), he directed several advances in low-power low-voltage solid-state circuits that are of seminal importance to microelectronics, and he is continuing to facilitate the use of these low-power circuits in many areas, including distributed environmental sensing and implantable biomedical microsystems. His group has developed novel approaches to watchdog timers, nanowatt temperature sensors, and low-voltage robust memories.  In all cases, the power consumption of these circuit building blocks have been one or more orders of magnitude below the existing state of the art.

His work with colleague Prof. David Blaauw on the chip known as the Phoenix Chip evolved into the Phoenix-2 microsystem, a 9-cubic millimeter solar-powered sensor system that is the smallest system of its type to ever be reported.

Based on his work with the Phoenix chip, Prof. Sylvester co-founded the startup company Ambiq Micro with Prof. Blaauw and former student Dr. Scott Hanson. He currently sits on the Board of Directors. Ambiq Micro is an early stage fabless semiconductor company that is developing ultra-low power mixed-signal solutions for a new generation of wireless electronics; it recently attracted seed funding of $2.4M. [Read more] 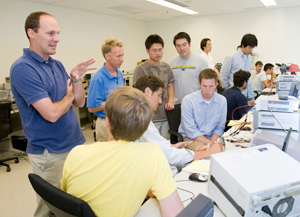 Dennis has a record of extensive service in both professional and academic circles. Amony many other activities, he has served as VLSI graduate advisor since his first year at Michigan, 2000-10, served as General Chair of several workshops, and is currently Associate Editor of IEEE Transactions on Computer-Aided Design.

His is author of six patents, has graduated 14 PhD students, and is author of more than 275 journal and conference publications, and co-author of the book Statistical Analysis and Optimization for VLSI: Timing and Power (2005).

Prof. Sylvester received his master’s and Ph.D. degrees in electrical engineering from UC-Berkeley in 1997 and 1999 respectively, and his bachelor’s degree in electrical engineering from The University of Michigan. After working as a Senior R&D Engineer for Synopsys, Inc., he joined the faculty at the University of Michigan in 2000.

According to IEEE, “the grade of Fellow recognizes unusual distinction in the profession and shall be conferred by the Board of Directors upon a person with an extraordinary record of accomplishments in any of the IEEE fields of interest. The accomplishments that are being honored shall have contributed importantly to the advancement or application of engineering, science and technology, bringing the realization of significant value to society.”