Frontiers in Semiconductor Based Devices Symposium in tribute to Pallab Bhattacharya

EECS: Electrical and Computer Engineering
December 3, 2009
Bhattacharya's is known for his work in quantum dot formation, which he discovered and then expanded upon.| Short Read
Enlarge 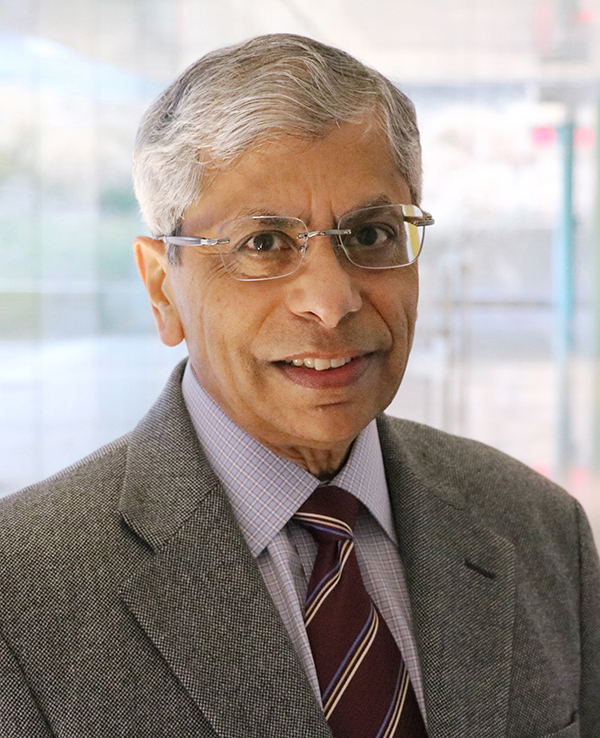 The former graduate students of Pallab Bhattacharya, Charles M. Vest Distinguished University Professor and James R. Mellor Professor of Engineering, have organized a symposium in honor of his 60th Birthday. The symposium will be on December 7, 2009 in the Johnson Rooms of the Lurie Engineering Center.

All ECE faculty, staff, and students are invited to attend. If you plan to attend one of these sessions, please indicate by completing the Reply Form.

Since coming to the University of Michigan in 1984, Prof. Bhattacharya has pioneered technological advances in synthetically modulated semiconductor structures, nanophotonic devices, and other optoelectronic device and integrated circuit developments. One of his first important breakthroughs was discovery and subsequent elucidation of quantum dot formation, accomplished with his colleague Jasprit Singh. Later in 1996, with his graduate students and colleague Ted Norris, Bhattacharya demonstrated the first room temperature quantum dot laser. Quantum dot lasers outperform other semiconductor lasers, and are finding numerous applications in communications and other areas. Bhattacharya subsequently worked on quantum dot infrared photodetectors, capable of operating at high temperatures, with his graduate student (and now colleague) Jamie Phillips. These detectors are now being inserted into infrared cameras.

Professor Bhattacharya is currently Editor-in-Chief of the Journal of Physics D. He has edited Properties of Lattice-Matched and Strained InGaAs (UK: INSPEC, 1993) and Properties of III-V Quantum Wells and Superlattices (UK: INSPEC, 1996). He authored the textbook Semiconductor Optoelectronic Devices (Prentice Hall, 2nd edition), which is still used worldwide.

Professor Bhattacharya has received many professional honors and awards, including the 2008 John Bardeen Award, the John Simon Guggenheim Fellowship, the IEEE (EDS) Paul Rappaport Award, the IEEE (LEOS) Engineering Achievement Award, the Optical Society of America (OSA) Nick Holonyak Award, the SPIE Technical Achievement Award, the Quantum Devices Award of the International Symposium on Compound Semiconductors, and the IEEE Nanotechnology Pioneer Award. At the University of Michigan, he was awarded the S. S. Attwood Award, the Ted Kennedy Family Team Excellence Award, and the Research Excellence Award from the College of Engineering, and the University of Michigan Distinguished Faculty Achievement Award. He is a Fellow of IEEE, the American Physical Society, the Institute of Physics (UK), and the Optical Society of America, and a member of the National Academy of Engineering.