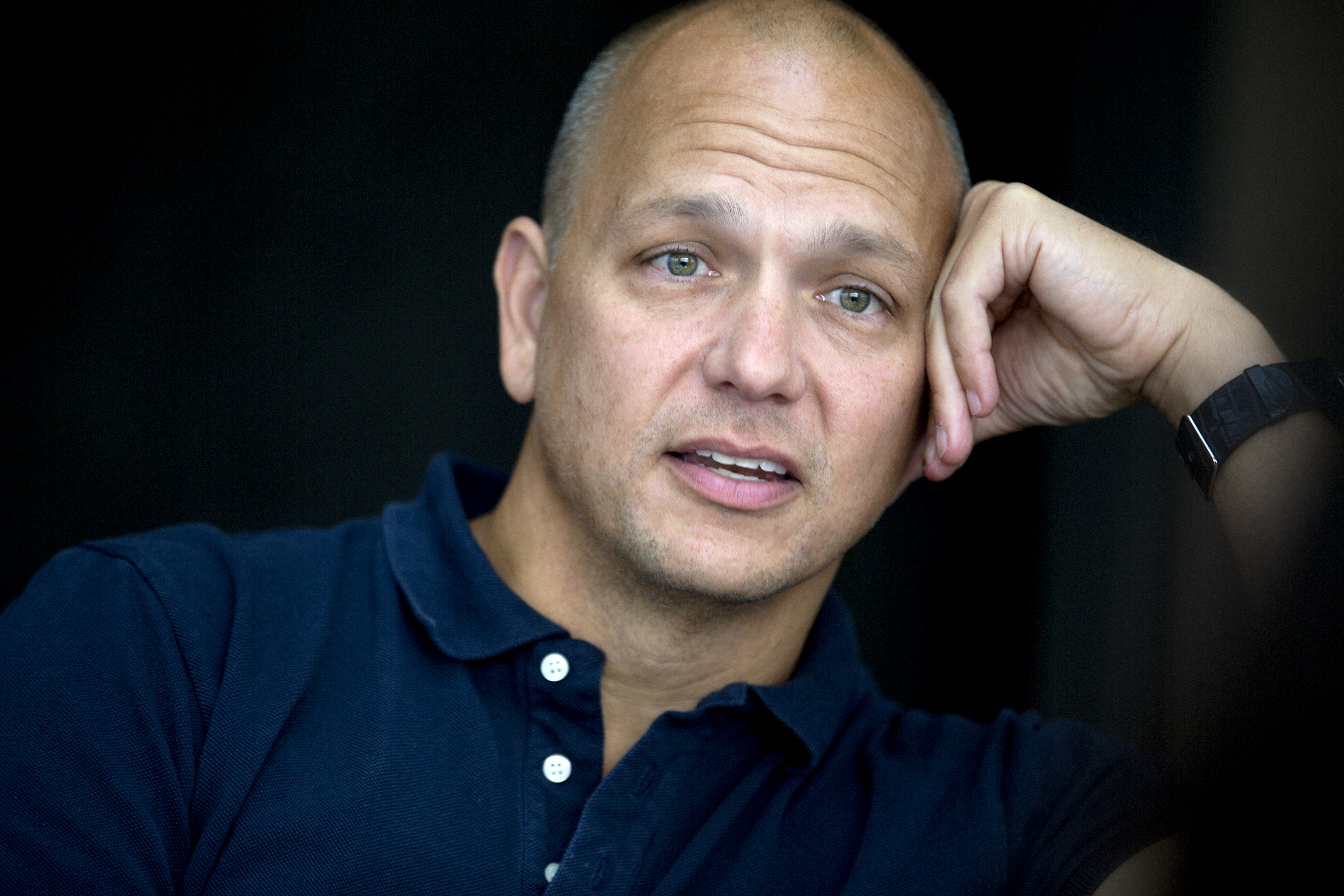 IMAGE:  Fadell, during his visit to U-M in 2016. He encouraged students to pay close attention to what works and doesn’t work about the products they use.

Digital audio players and MP3s existed on the market before the Apple iPod, but they were not very successful. Fadell changed that. “The big difference between iPod and the other MP3 players out there was it was pocketable, which is huge,” said Tony. “All the others were big and bulky, the size of a large portable CD player. This one was the size of a deck of cards. Then, we made it so you could transfer the music very quickly to the device. You had to wait 24 hours for the others; we could do it in 1⁄2 hour. We devised an incredibly simple user interface, extended the life of the battery from about 3 to 10 hours, and finally, we had iTunes.”

Fadell understands the needs of consumers, and can provide solutions very quickly. As an EECS student, he pursued his education with the same boundless energy, enthusiasm, and creativity that he now offers Apple Computer.

Student and Entrepreneur at U-M

Tony’s preferred computing system was always an Apple, and as a student he owned an Apple II computer. The most advanced multimedia activity available on the Apple II at that time was some beeps and buzzes, but he knew there was more going on in the world of multimedia. “I thought maybe I could be the guy to help myself as well as the University get ahead and learn about these things. I made a sales pitch to Elliot [Professor Soloway] about getting the resources on campus so that both I, and the University, could learn about these things.”

“Whatever it is, it sounds cool, go ahead and do it!” encouraged Elliot. Soloway was then working on multimedia teaching of children through handheld devices, so it was a perfect match. Fadell contacted industry and other funding sources to put together the Media Café. He and Soloway created the multimedia software program Mediatext, and together they started the company Constructive Instruments.

Tony then wanted to learn circuit design, so he and a partner in Los Angeles started the company ASIC Enterprises to create and manufacture a next- generation microprocessor for the Apple II. “It was a great way to learn. Learn by doing – that’s my motto,” he emphatically states.

When asked what recommendations he would give today’s students for getting the most out of their education, Tony said, “First, take as many project- focused classes as possible. You have to learn by doing. Second, combine those classes with one or more internships, especially where you will be able to work directly with a product. It’s one thing to learn how to build something, and another to learn how to build it within a large team in a predictable manner over a period of time. You need to learn both project perspective and people perspective.”

Working within a startup, and within a large company, are much different experiences, yet each can be very valuable. Fadell had both. When he joined Phillips, he had already started several companies and worked in a well-known startup, General Magic, where he gave himself the nickname Silicon Sorcerer. At Phillips, he changed this to Chief (and Indian) Technical Officer. He explained, “I didn’t want to be just the chief; I wanted to be known as the helper also.”

Fadell compared working in a startup with a large corporation. “You learn a lot about engineering through startups. If you just want to be a super engineer, you can do that either in a startup or a larger company. To learn a lot about people and organizations, and predictable business – you have to be in a much larger organization. You then also understand the discipline it takes to become a big company, and what it means to be a big company.”

Tony was a guest speaker, along with Elliot Soloway, at this year’s Michigan Inspire program http://www.michiganinspire.org. He loved the team aspect of the program, the freedom students had to explore a topic of interest, and the contest. “There was engineering, there was technology – there was a marketing aspect to it, and a business aspect to it. I loved it because it was like a tiny little startup in some ways,” said Fadell.

There were also important differences, noted Tony. “When you’re in your own small company, people may think twice before even answering your questions. But when you’re under the University banner, people will say, ‘Sure, I’ll help you.’ Faculty, graduate students, or alumni are all willing to help– that’s all great.”

What can we expect next from Tony Fadell? “We have great products at Apple, and we’re going to continue to surprise and delight you.”

In 2008, three years after this article was written, Fadell
left Apple, Inc., happy to be spending more time with his family. As he related in a talk at the University of Michigan years later, while building his home, he couldn’t believe thermostat
technology had changed so little over the decades. So he founded Nest Labs, Inc. in 2011, a gadget that saves homeowners significant money on their heating and cooling bills while helping reduce the carbon imprint.
Google bought the company in 2014 for $3.2B as it expanded further into the smart home arena. Fadell stayed with the company until 2016, when he left the nest.